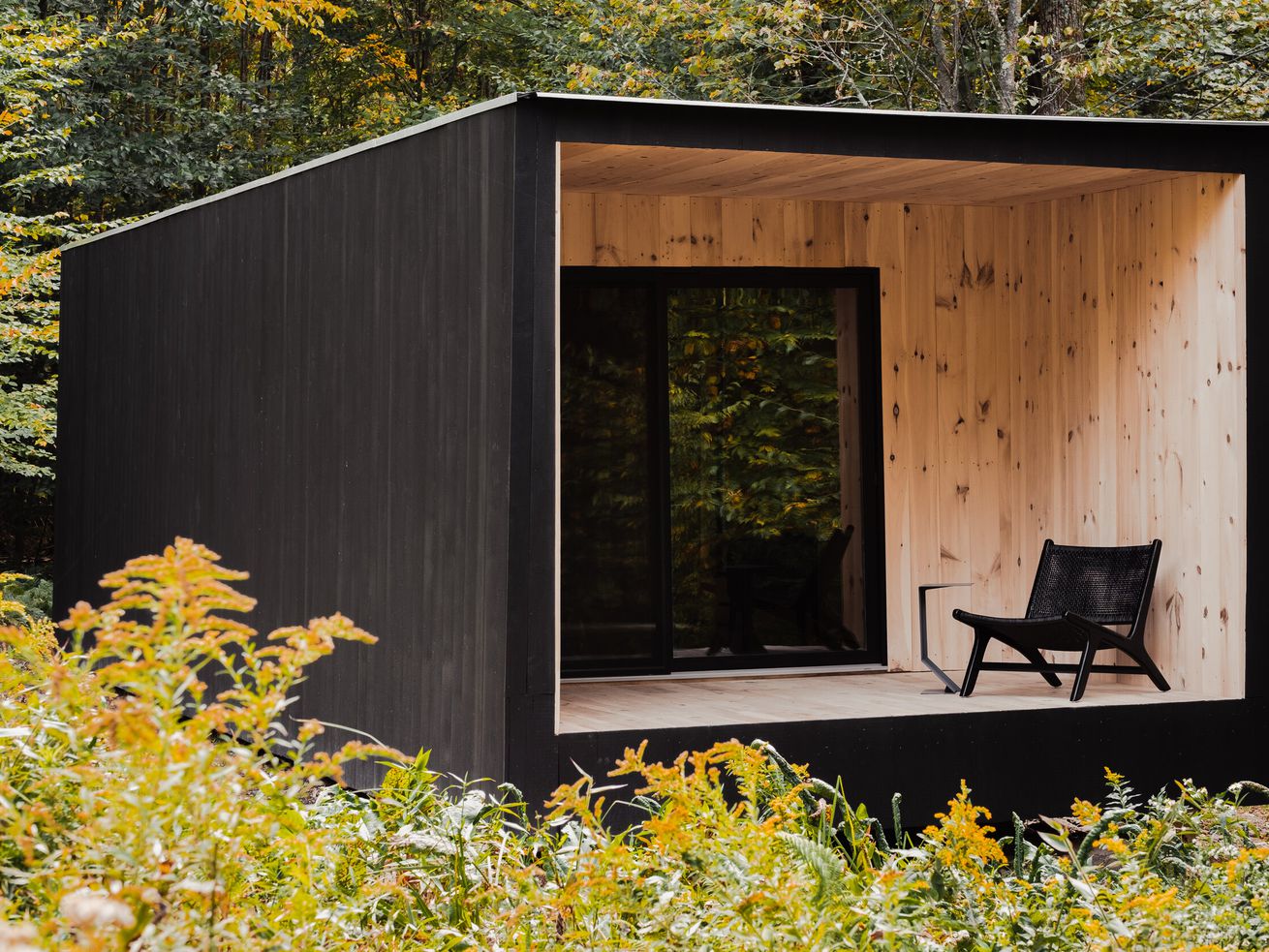 The Edifice is an ode to “reduction”

Give a person some trees and fresh air and sooner or later
they’ll start quoting Henry David Thoreau. Give them some wood
and glass, and they’ll build an architectural homage to the famed
naturalist. Consider designer Marc Thorpe’s
Edifice, a 500-square-foot cabin in upstate New York’s Catskills
region.

Inspired by Thoreau and fellow Transcendentalist Ralph Waldo
Emerson’s belief of communing with nature, the rectangular cabin
is an exercise in reduction. The exterior is clad in planks of
charred timber, which disguise an entrance on the side of the
house. At one end of the cabin there’s a recessed deck that
evokes an old-school farmhouse porch. 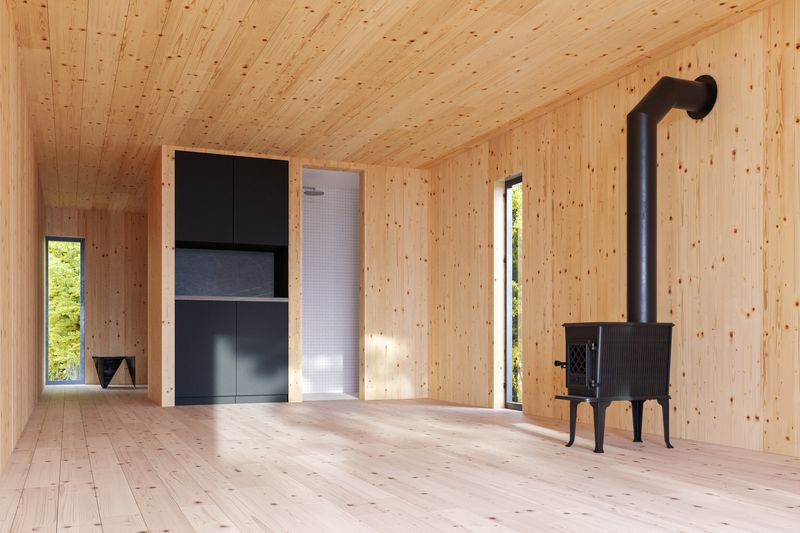 Inside, the cabin is equally unembellished but striking
nonetheless. The layout is split into four zones—“live, cook,
dine, and sleep.” And all of the mechanical systems are designed
for off-grid living, including solar panels, water harvesting, and
a compostable toilet. A wood-burning stove heats the space.

Of course, Thoreau never had accommodations quite as sleek as
the Edifice, but it’s hard to deny the cabin’s commitment to
simplicity. “The Edifice is a belief, a belief in individuality
and self-reliance,” Thorpe says. “I wanted to find a sense of
internal peace within myself through the act of
architecture.” 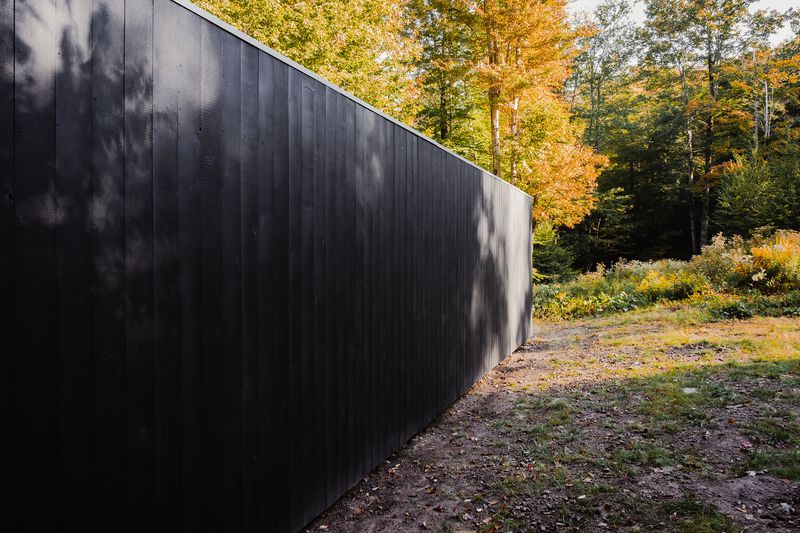 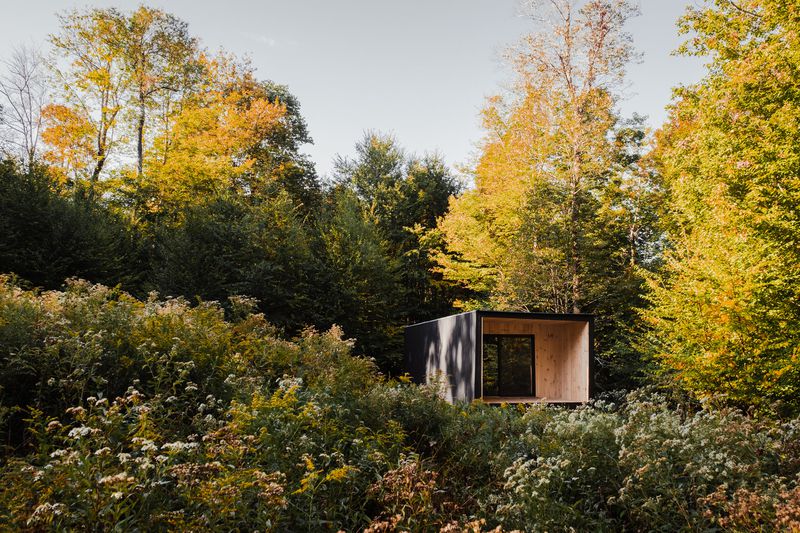 Source: FS – All – Architecture 10
A modern cabin in the woods inspired by Thoreau