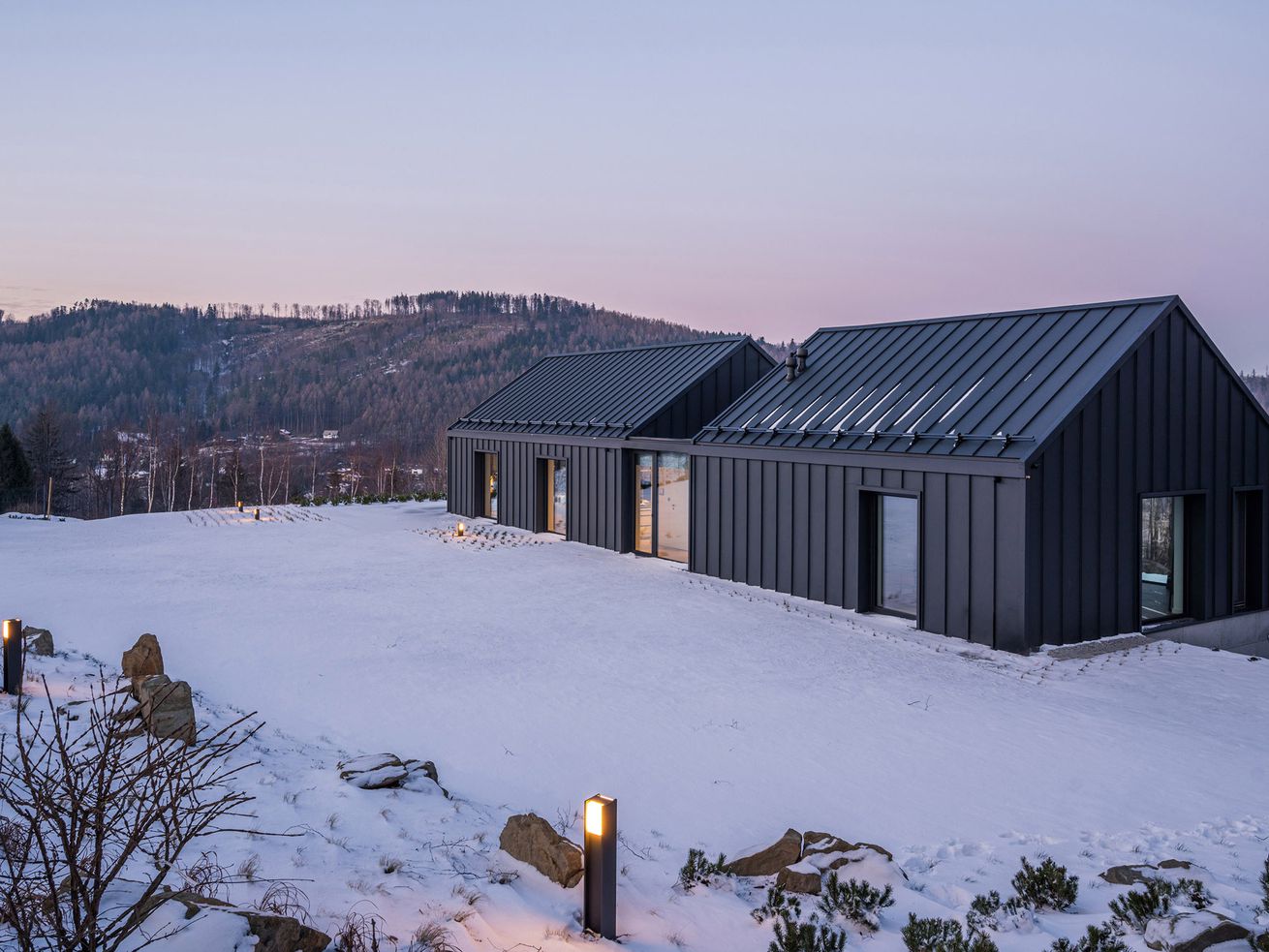 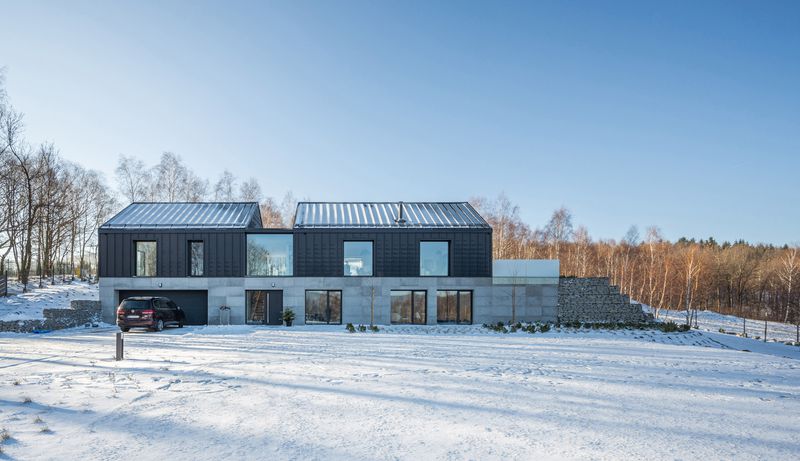 The visual separation is also a functional decision: The
architects wanted to build two houses in one.

“One of the client’s main wishes was to create a
‘children’s house’ within the building,” Kropka Studio founder, Jakub
Kowalczyk,
told Dezeen. The lower level houses the children’s play space
as well as bedrooms, while the upper level contains the main living
areas including the kitchen, dining room, and living room. The
interior follow the exterior’s lead, which is to say it’s all
about clean lines and neutral colors.

Despite its sturdy materials, the home exudes a sense of
lightness thanks to a series of windows that cut into the facade in
an asymmetrical arrangement. On the top floor, a flat-roofed glass
corridor also helps break apart the gabled roof for a little extra
visual excitement. 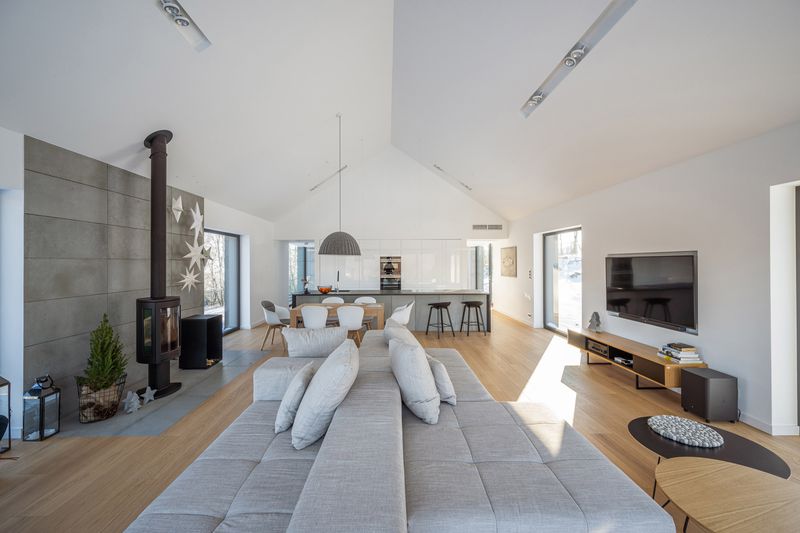 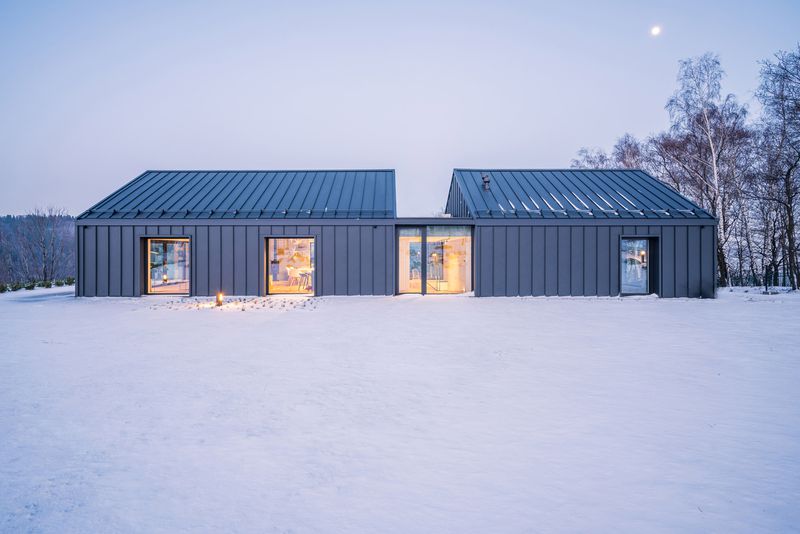