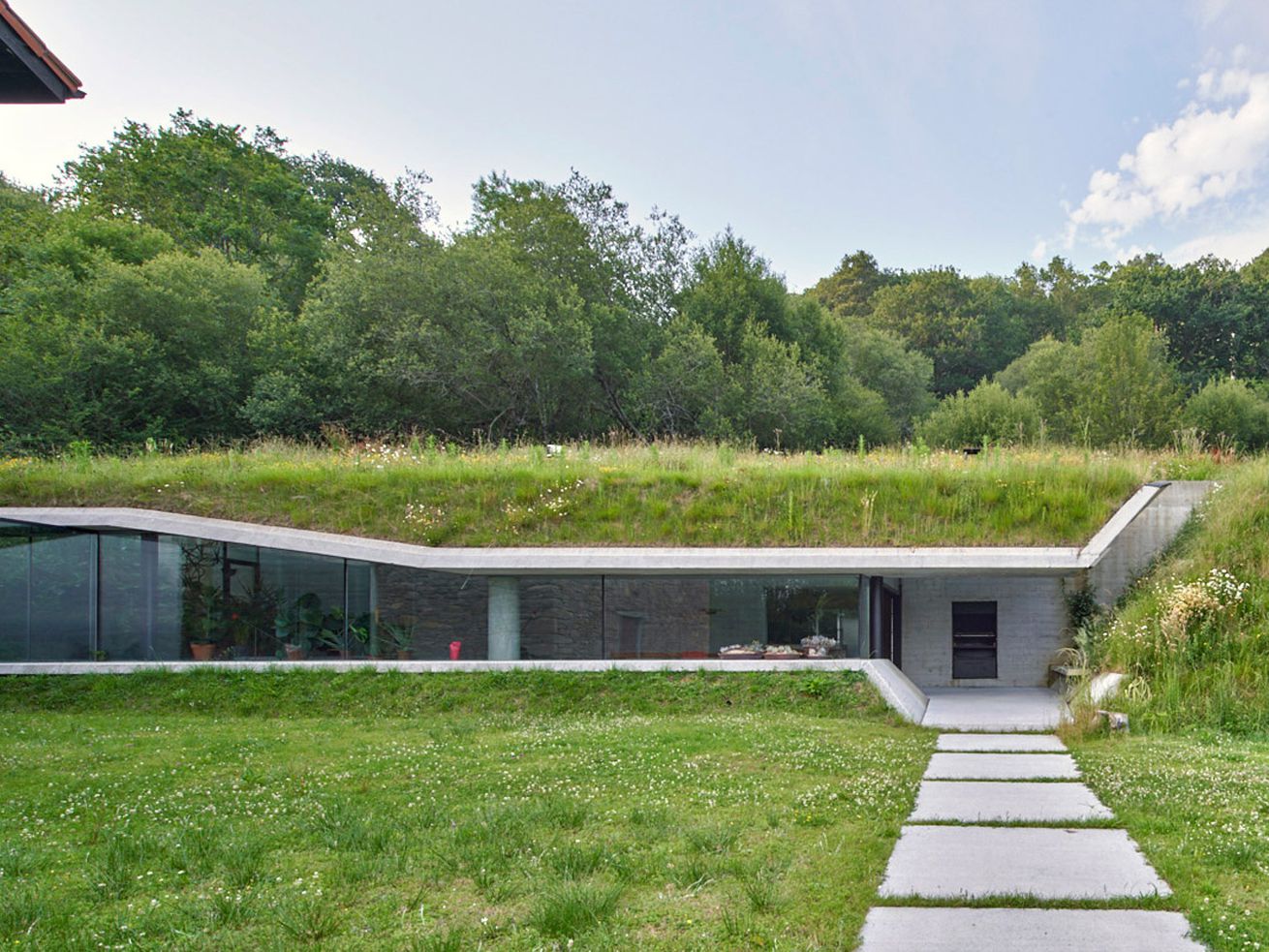 Hidden from view, unless you know where to look

Part hill, part house, this modern extension of an old stone
home in Navarra, Spain, is literally one with the landscape.
Spanish studio Jordi
Hidalgo Tané designed the annex to extend the living space of
the original house, but instead of matching the stone exterior, the
addition swings in the complete opposite direction toward sleek and
modern.

The architects deliberately hid the annex away to create the
illusion that it’s barely there at all. ”A spacious annex
living area with a kitchen [is] built inside the mountain, becoming
part of it, as if the annex had been there before the old
construction was built,” the studio
told Dezeen. 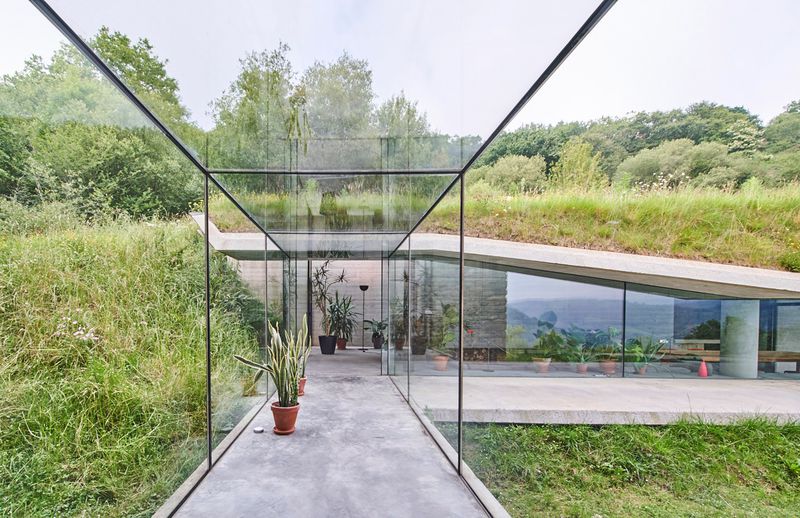 The annex stretches into an angular layout that follows the
contours of the hill and connects to the stone house by a
glass-walled corridor. Inside, its bunker-chic style shines through
with concrete walls and ceilings and warm wood floors and
built-ins, while a skylight running brings an airiness to the
subterranean space.

A long slit of glass wraps around the space, and looks out onto
the original structure. Though the stone-clad house appears rustic,
it too hides a modern interior that uses the same materials as the
annex, providing another reminder that things aren’t always how
they first appear. 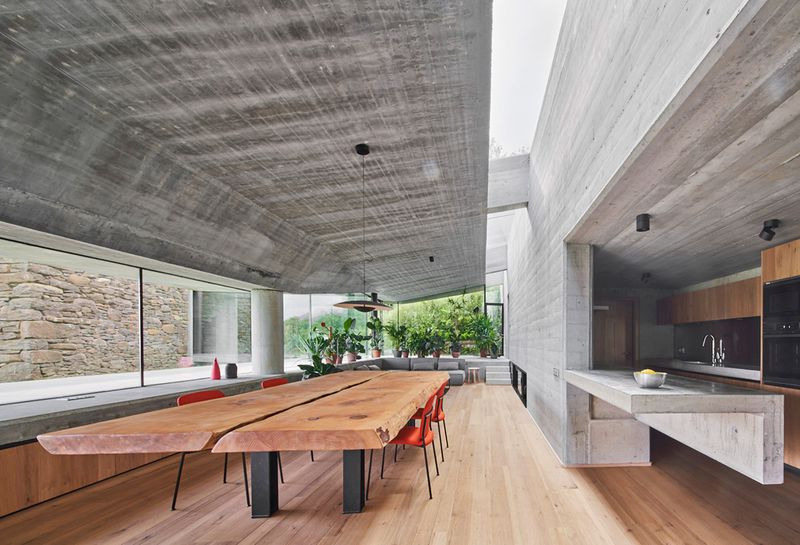 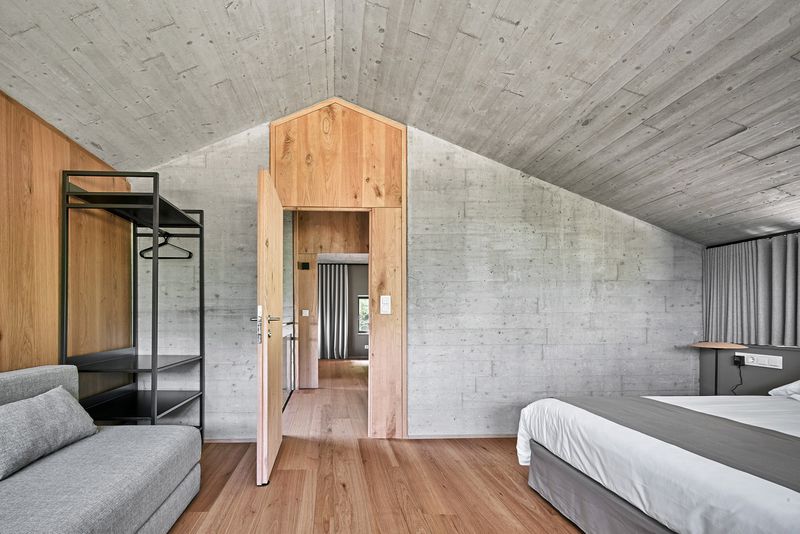 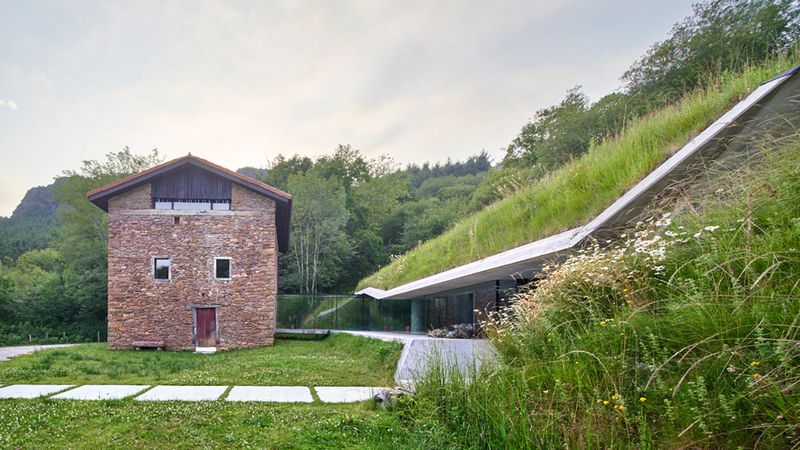 Source: FS – All – Architecture 10
A sleek glass-and-concrete addition built into a hill