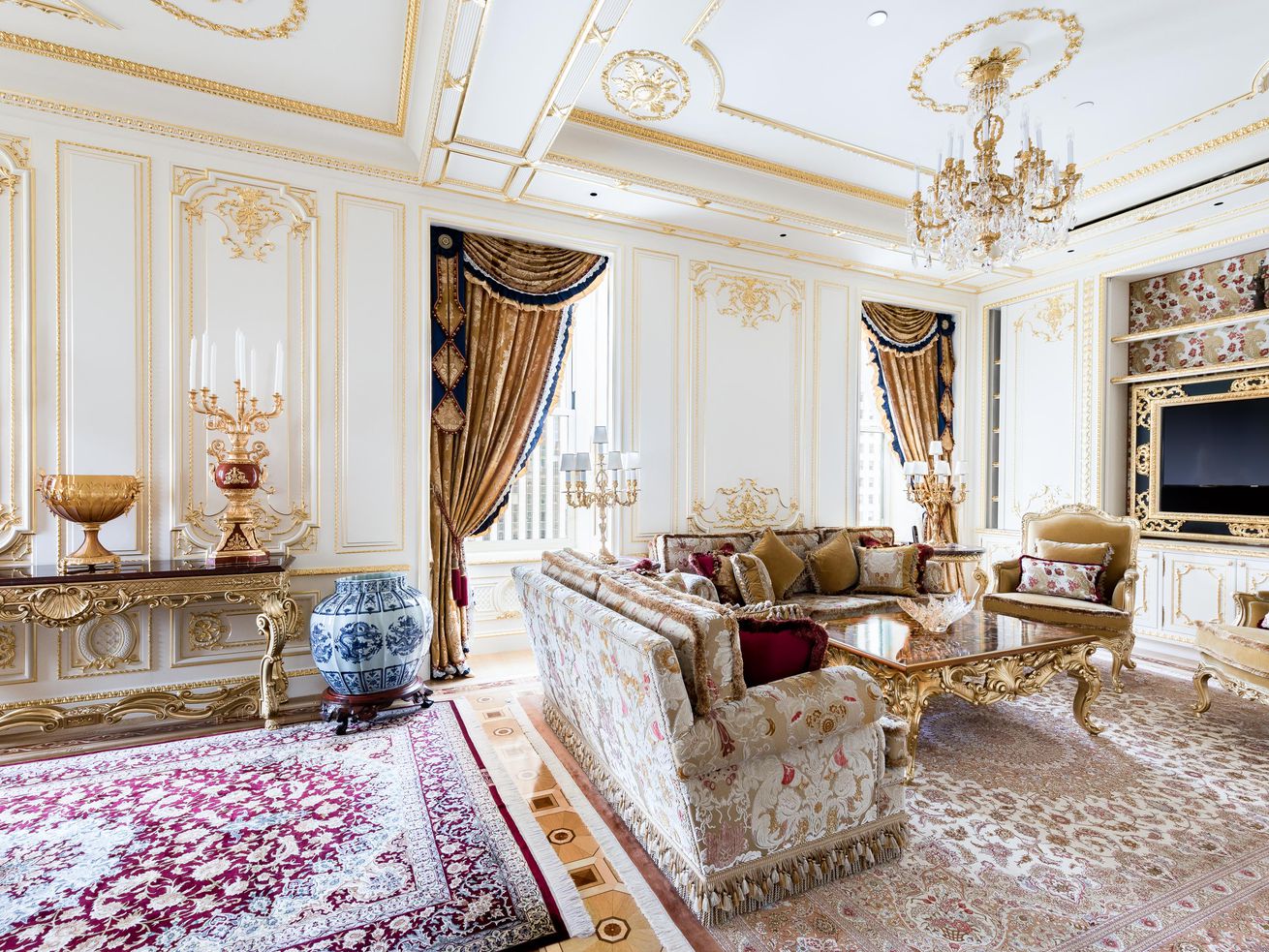 Gold
leaf detailing is everywhere—even around the television. | Photos
courtesy of Douglas Elliman

The opulent apartment is positively covered in gold leaf
detailing

There are opulent New York City condos—and plenty of
‘em—and then there’s this
four-bedroom combo unit at the Plaza Hotel.

The word that comes to mind when looking at the listing photos
for this apartment, which is listed for $45 million, is gilded:
There’s gold leaf detailing on nearly every single surface that
could be detailed with gold leaf, including the walls, ceilings,
moldings, and even the entertainment center. (And, apparently, even
the television.) Per the listing, there are also custom decorative
touches throughout: “exotic stone” in the bathroom, crystal
chandeliers in basically every room, “beautifully scrolled
ironwork” in the foyer, and so on and so on.

According to the
Wall Street Journal, the apartment is linked to Olga Kogan, the
wife of Russian billionaire Valery Kogan, who reportedly owns part
of Moscow’s Domodedovo Airport. According to city property
records, an LLC tied to Kogan bought the two units, 1007 and 1009,
for just under $26 million in 2007 and 2007; the company also owns
a third, smaller apartment that’s not included in the
property.

The apartment has four bedrooms and four and a half bathrooms,
including a master suite with its own walk-in closet and
over-the-top bathroom with floor-to-ceiling onyx finishes. The
apartment also has one very unique perk: The living room
incorporates one of the Plaza’s turrets.

It’s listed with Tal and Oren Alexander of Douglas Elliman;
maintenance and common charges come in at $7,069/month. 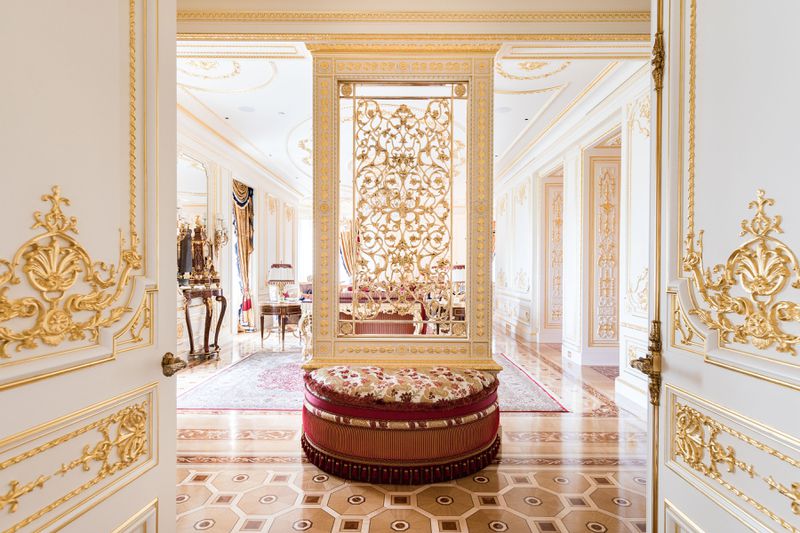 The
foyer has custom inlay floors and an ironwork grill—all of which
is, of course, gilded. 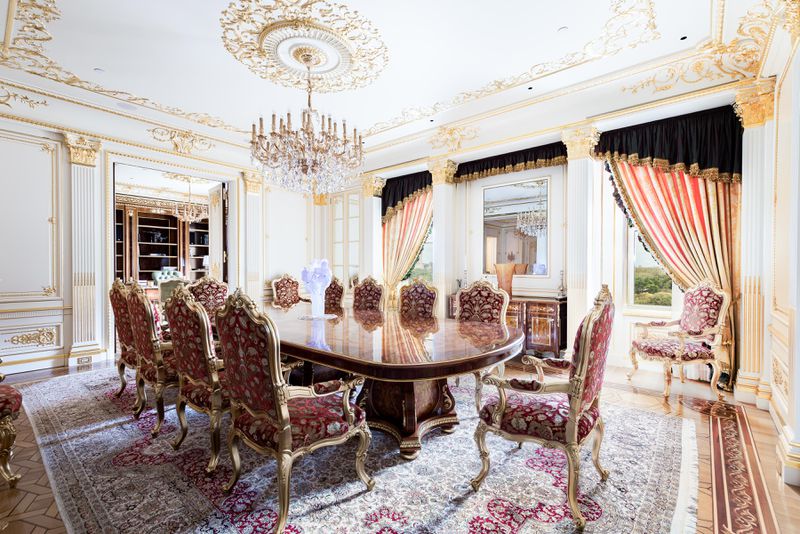 Crystal chandeliers hang in many of the rooms. 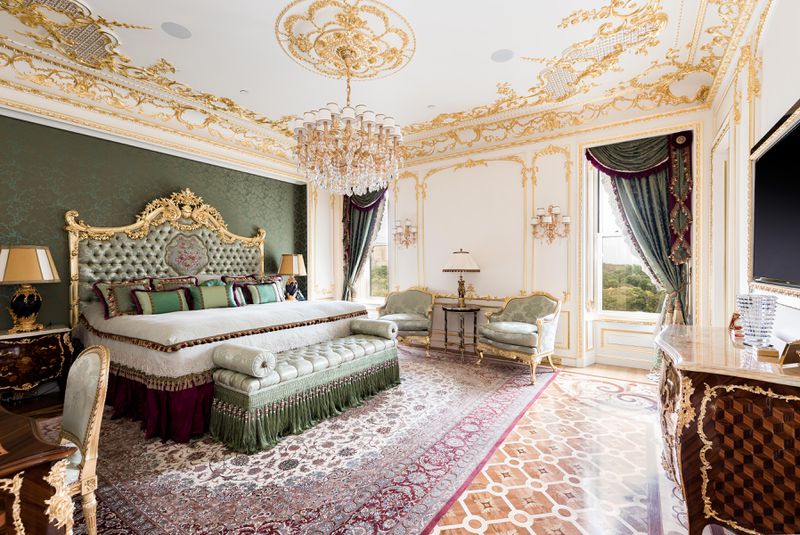 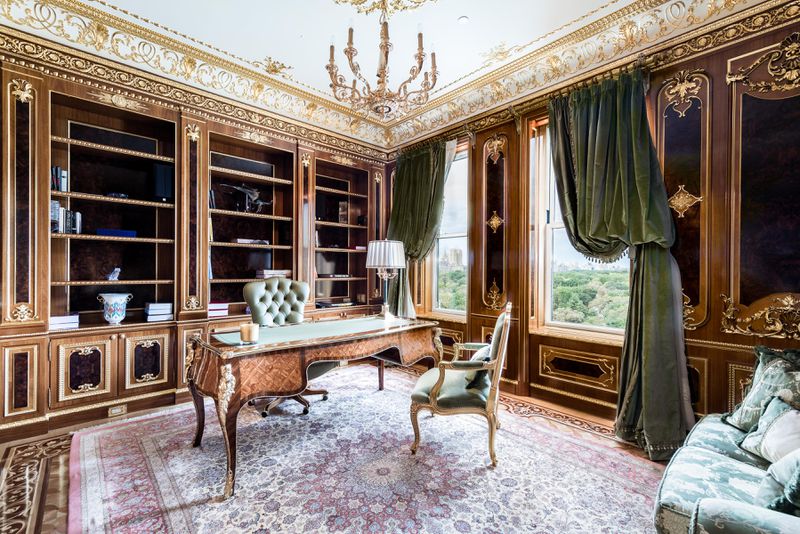 A wood-paneled library still has plenty of gold to go around. 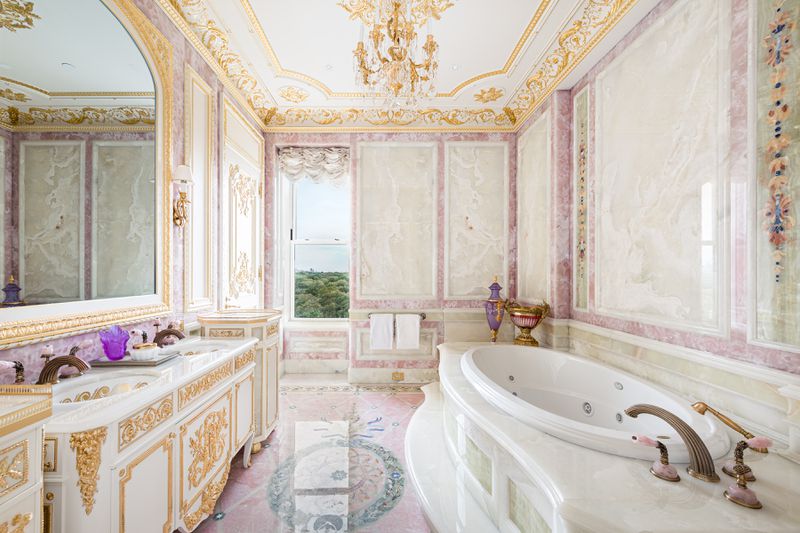 “Exotic stone” and “floor-to-ceiling imported onyx” can be
found in the master bathroom. 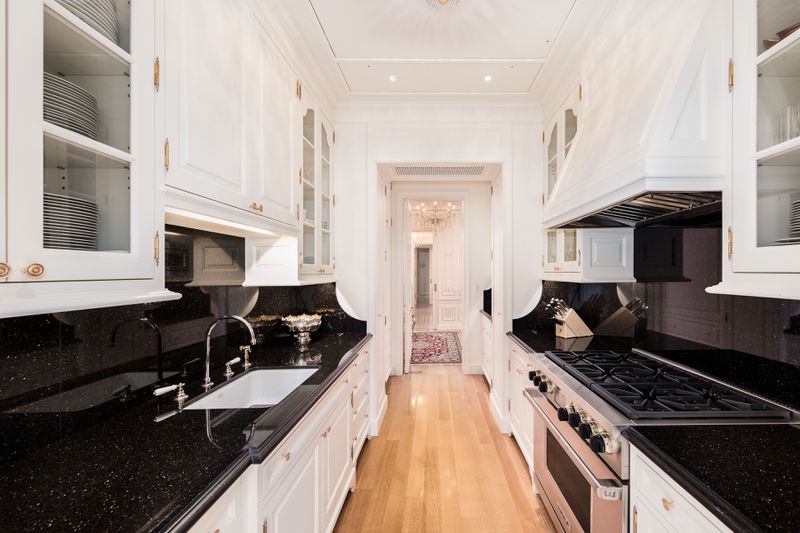 Compared to the rest of the apartment, the kitchen is subdued. 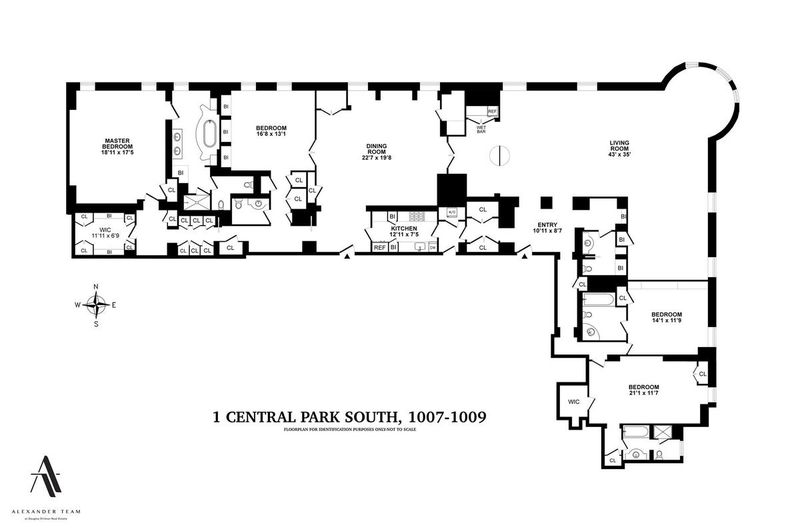 How to sell your ‘ugly’ house when no one is biting