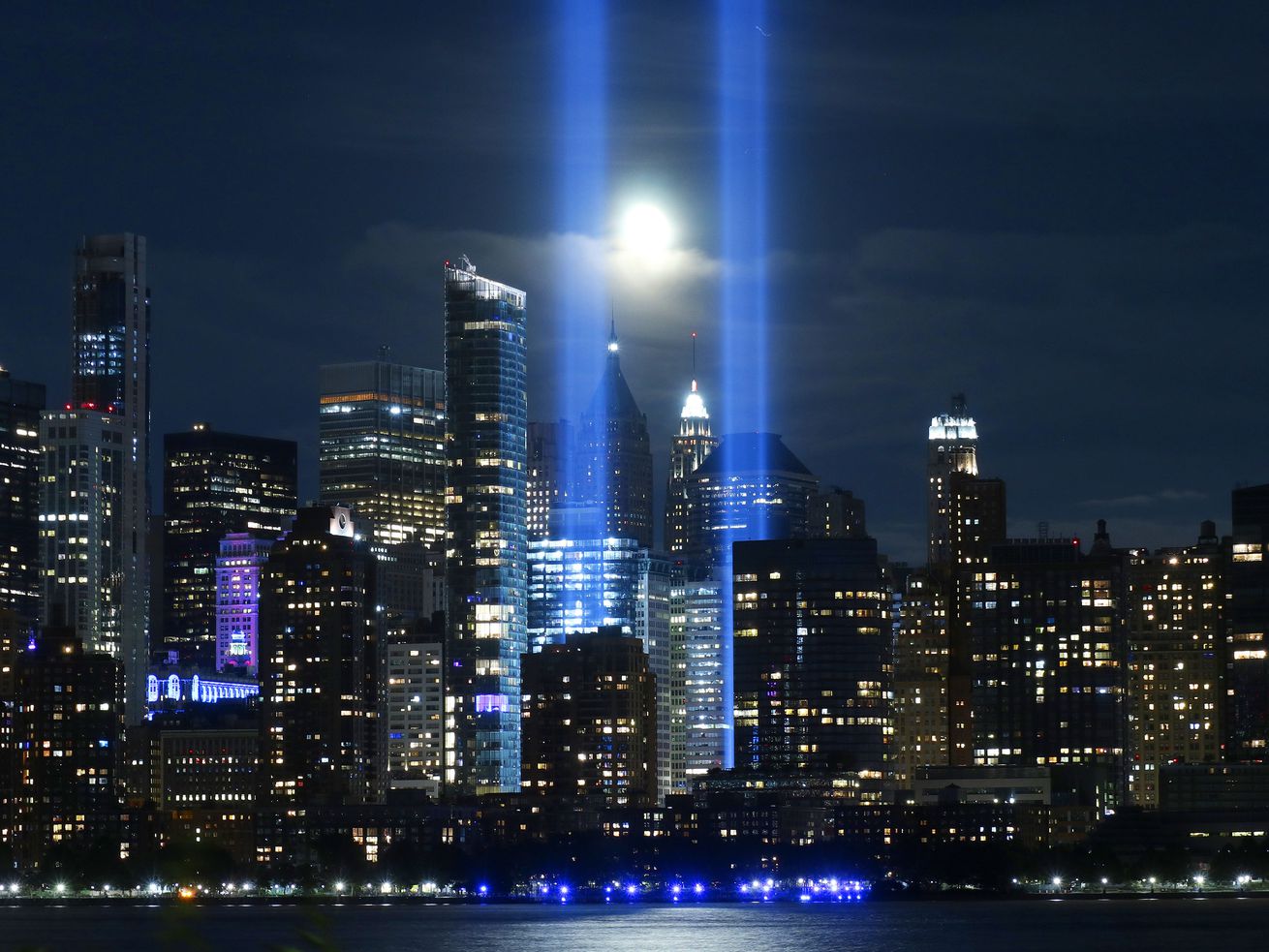 Here’s some of what happened around town this week.

9/11 Commemorated During the Pandemic

As is the case with most everything this year, mourning the loss
of New Yorkers killed during the 9/11 attacks looks a bit
different: The memorial service marking the 19th anniversary of the
terrorist attack was downsized in order to prevent the spread of
the coronavirus. In past years, loved ones of the nearly 3,000
victims have gathered at ground zero to read aloud the names of the
dead. But during Friday’s service, a recorded broadcast of the
victims’ names read by family was played over speakers. (There
were dueling memorials, in fact: Mayor Rudy Giuliani
attended a live reading of names in Zuccotti Park instead.)

Meanwhile, the annual Tribute in Light, which beams into the sky
from the location of the destroyed towers (on a clear night, it can
be seen from 60 miles away), almost didn’t happen this year. In
August, the National September 11 Memorial & Museum canceled it
as a result of the coronavirus crisis, citing that it takes a team
of 40 stagehands and electricians working closely for more than a
week to ready the installation.

But former mayor Michael Bloomberg and the state’s Lower
Manhattan Development Corporation stepped in with offers to offset
the extra costs of health and safety precautions and to provide
additional technical support. The museum has organized the tribute
for the past eight years, and Alice Greenwald, the president and
CEO of the museum, stressed in a statement that “this year, its
message of hope, endurance, and resilience are more important than
ever.”

One hundred and fifty adult families — many of whom have
disabilities — could be
displaced from a midtown homeless shelter to make room for the
residents Mayor de Blasio decided to remove (under
pressure from NIMBYs) from the Upper West Side’s Lucerne
Hotel.

The MTA will start issuing
$50 fines to public-transit riders who don’t wear a mask (and
will also provide free ones for people who don’t have them).

Empty storefronts along Columbus Avenue (between 67th and 77th
Streets) will soon
display curated art from neighbors as part of an initiative
called Art
on the Ave.

A walking
tour around the Gowanus Canal, happening on September 12, will
delve into the waterway’s history and its future (including the
federal cleanup and the city’s planned rezoning).

In August, Manhattan’s rental-market
vacancy rate reached a record 5.1 percent, the highest in 14
years, according to appraisal firm Miller Samuel.

A new report shows that closing sales prices at nine
Trump-branded condos
dropped 25 percent in four years, between 2016 and 2020.

As part of Waterfront Alliance’s City of Water
Day, the South Street Seaport Museum will reopen its
tall ship Wavertree, a large sailing ship built in England in
1885, this Saturday. Nautical events will take place in
neighborhoods across the city to celebrate the NYC’s
waterways and to highlight the imminent threat of climate change to
New York.

In advance of a City Council hearing next week on the contested
Industry City rezoning, more than 100 protesters rallied outside
the Chelsea home of City Council Speaker Corey Johnson,
urging him not to support the waterfront complex’s plan to
drastically expand its footprint with new retail and office
space.

Completed in 1874, the colorfully ornate Concert Grove Pavilion
in Prospect Park — designed by famed landscape architects
Frederick Law Olmsted and Calvert Vaux —
is getting a face-lift.

The Village Halloween Parade, a must-attend All Hallows’ Eve
tradition in New York,
has been canceled this year due to the coronavirus — making
this only the second year in the past 47 years without the ghoulish
procession.

All in a day’s work: An NYPD officer
removed an opossum from the ledge of a Manhattan office
building Thursday morning.

A new pop-up-concert mini-series at Bryant Park starts Monday
and will feature musicians from the American Symphony
Orchestra.

Source: FS – All – Real Estate News 1
Bloomberg Keeps ‘Tribute in Light’ Shining Through the
Pandemic, Cops Save Opossum, and Other News

Apartments for rent in Oakland: What will $1,900 get you?