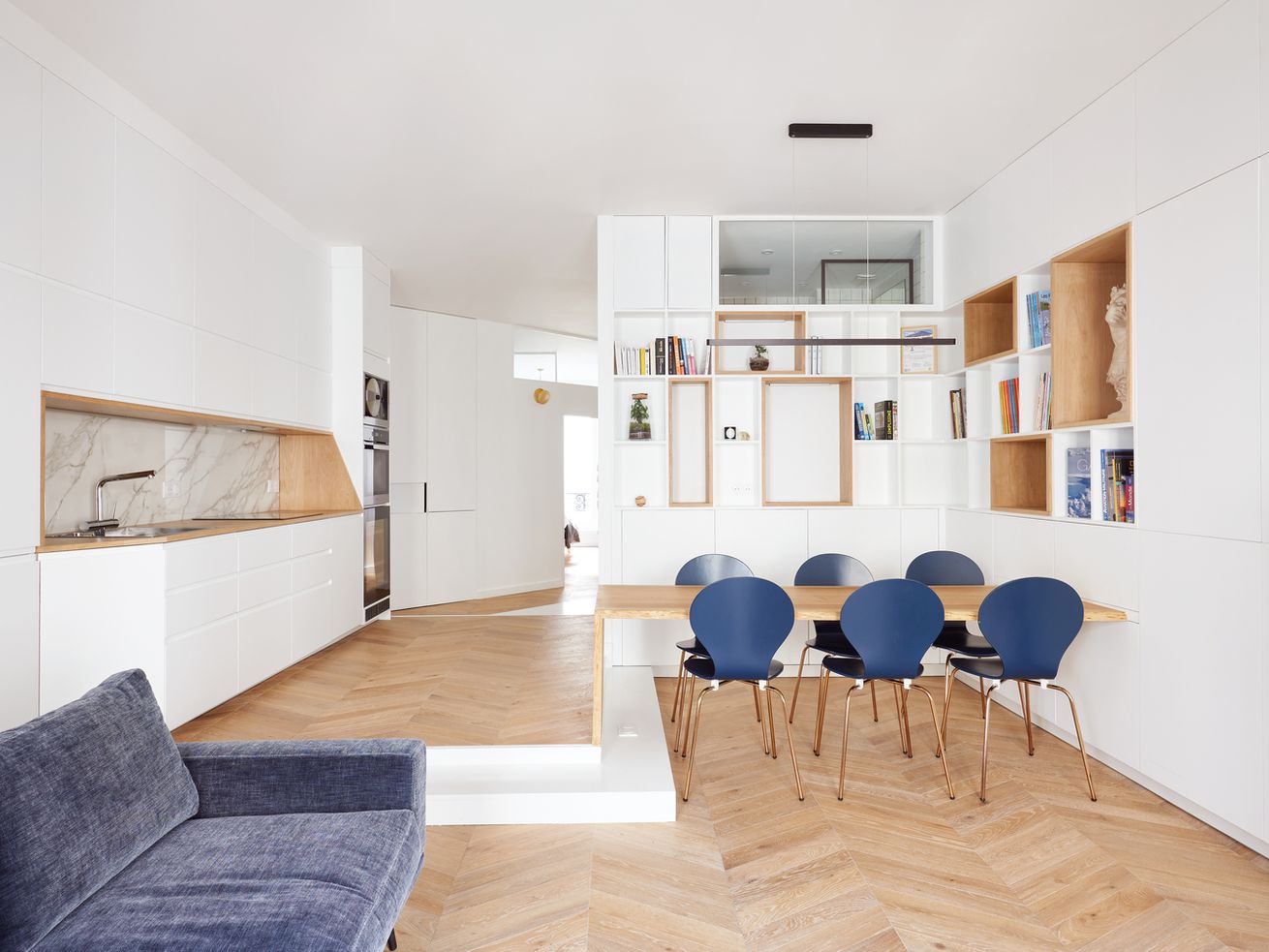 This Parisian apartment has the best of both worlds: old-world
charm and on-trend design. JCPCDR
Architecture renovated the 807-square-foot one-bedroom into a
two-bedroom that feels bigger and brighter than before.

The apartment has two sets of windows—one in the front and one
in the back—which meant that pre-renovation, the in-between space
often felt dark and cramped. The designers decided to opened up the
layout, creating a wide corridor that leads from the main living
space to the two bedrooms, which are now separated by a
partition. 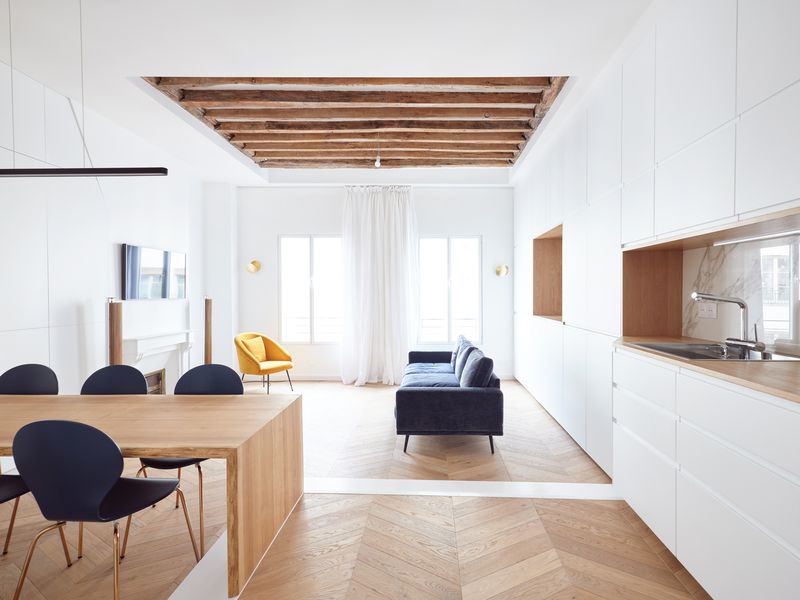 The living room makes the most of its square footage with just
the smallest changes in elevation. The couch and lounge areas sit
lowest and closest to the windows, while the compact kitchen
embedded in the wall on a riser. A built-in timber dining table
bridges the two levels, effectively carving out its own little
area. Glass panels above one corner of the living room also offers
a peek at a small, stylish bathroom, giving the illusion of more
space.

With walls and cabinets covered in a bright white throughout,
the herringbone floors, exposed beams, and touches of timber in the
built-in shelves bring gorgeous contrast and some warmth into the
pristine space. 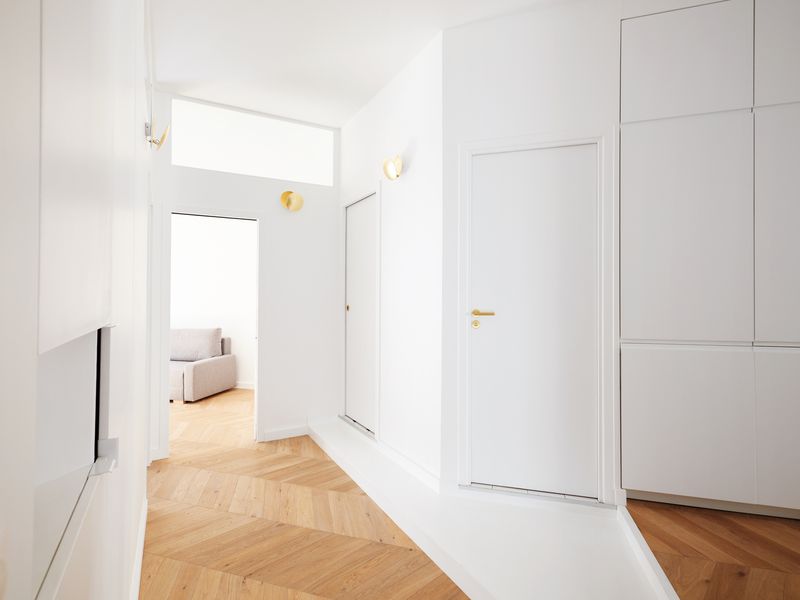 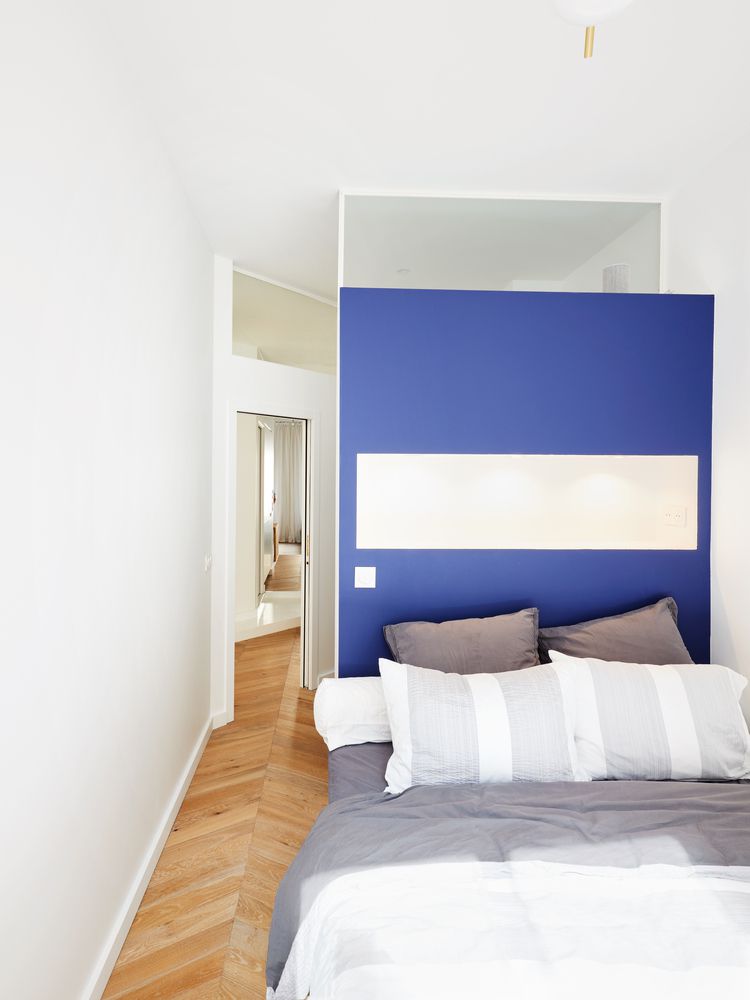 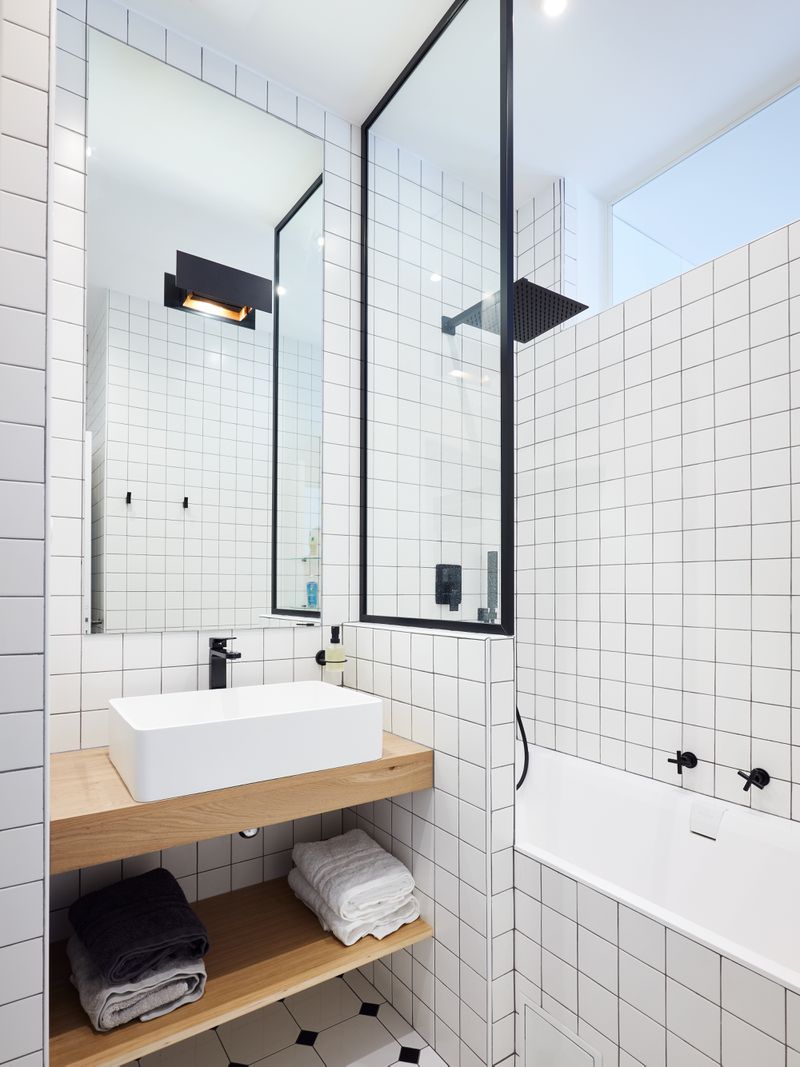 Eileen Gray gets her due with in-depth retrospective