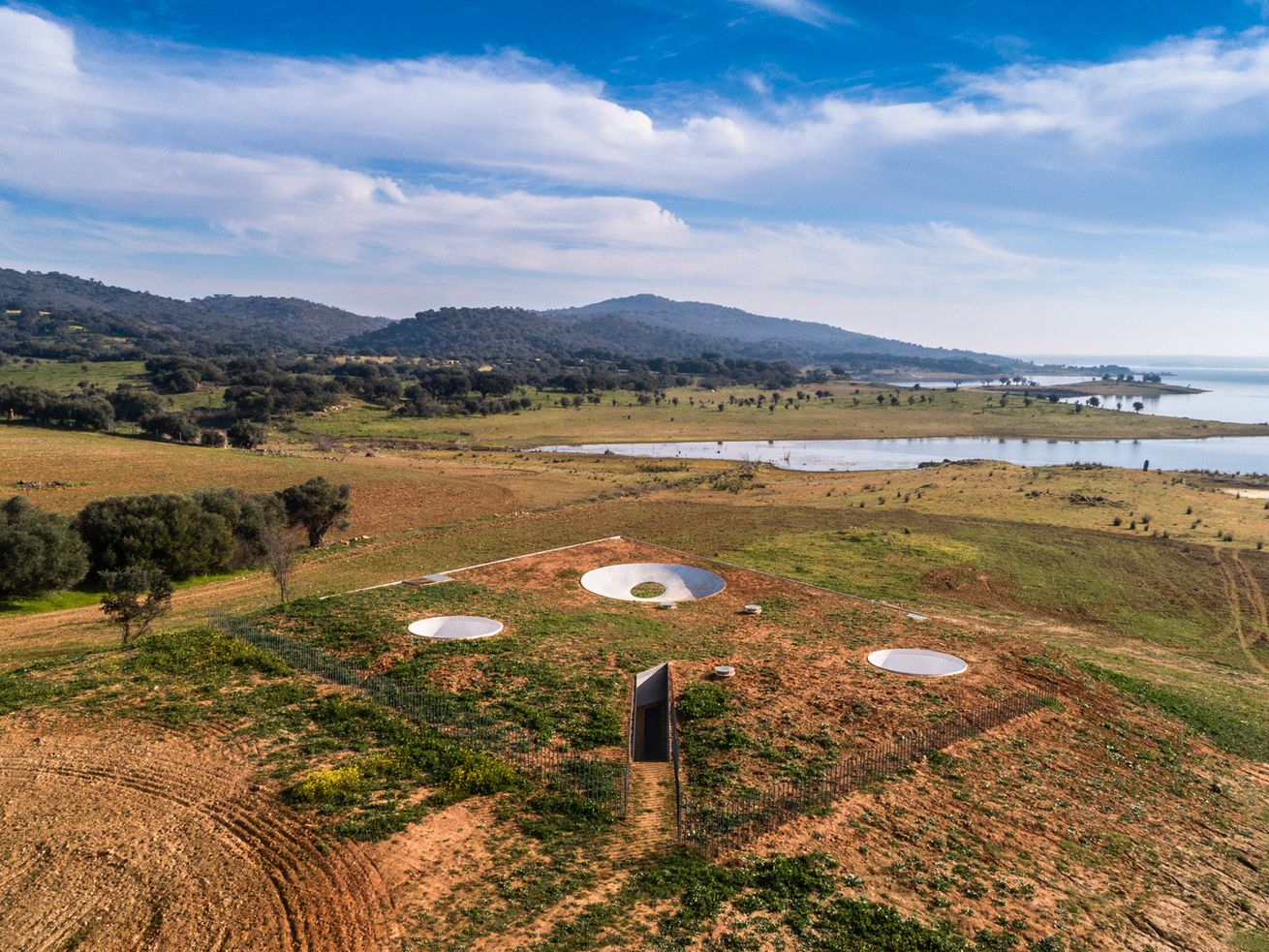 Like a bunker meets land art, this
atmospheric residence in Monsaraz, Portugal, has an unusually
intimate relationship with its surroundings. Designed by
Lisbon-based architect Aires
Mateus, the house is
built into the side of a hill overlooking a lake.

It’s hard to make out the shape of the home because it blends
in so seamlessly. The roof is disguised by dirt and greenery,
interrupted only by three circular cut outs that serve as interior
courtyards. Below, the single-floor underground house juts out of
the hillside into a dramatically curved cantilever that looks like
a piece of the house has been carved out of the land with a giant
ice cream scoop.

Inside, the walls are clad in pale wood and the floor and
ceiling echo the exterior with their brushed concrete. Furnishings
are kept to a minimum, or put away in storage when not in use, as
to not disturb the beauty of the structural form. 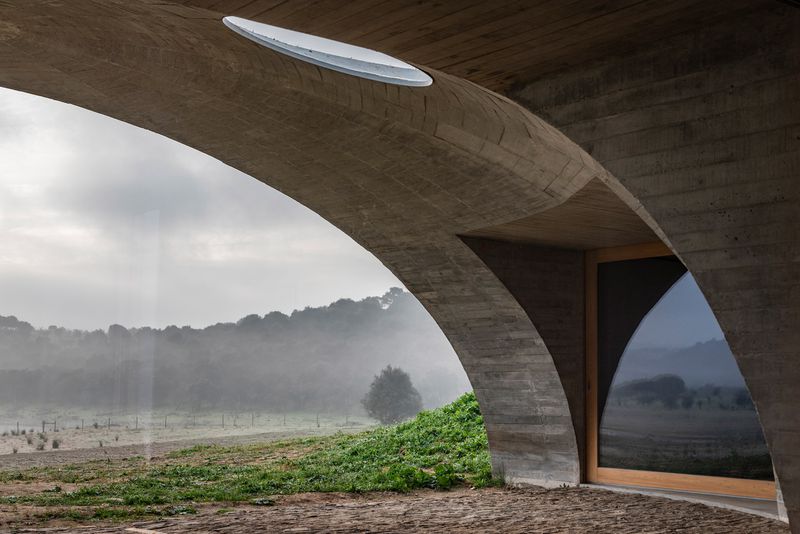 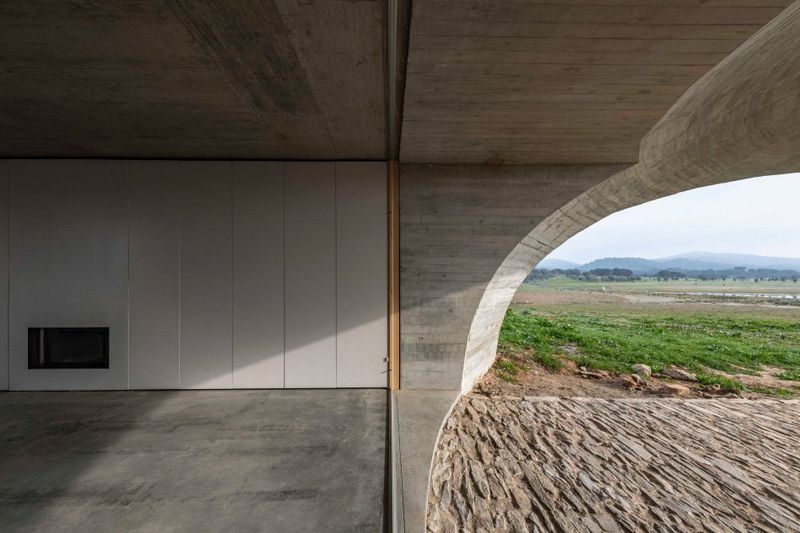 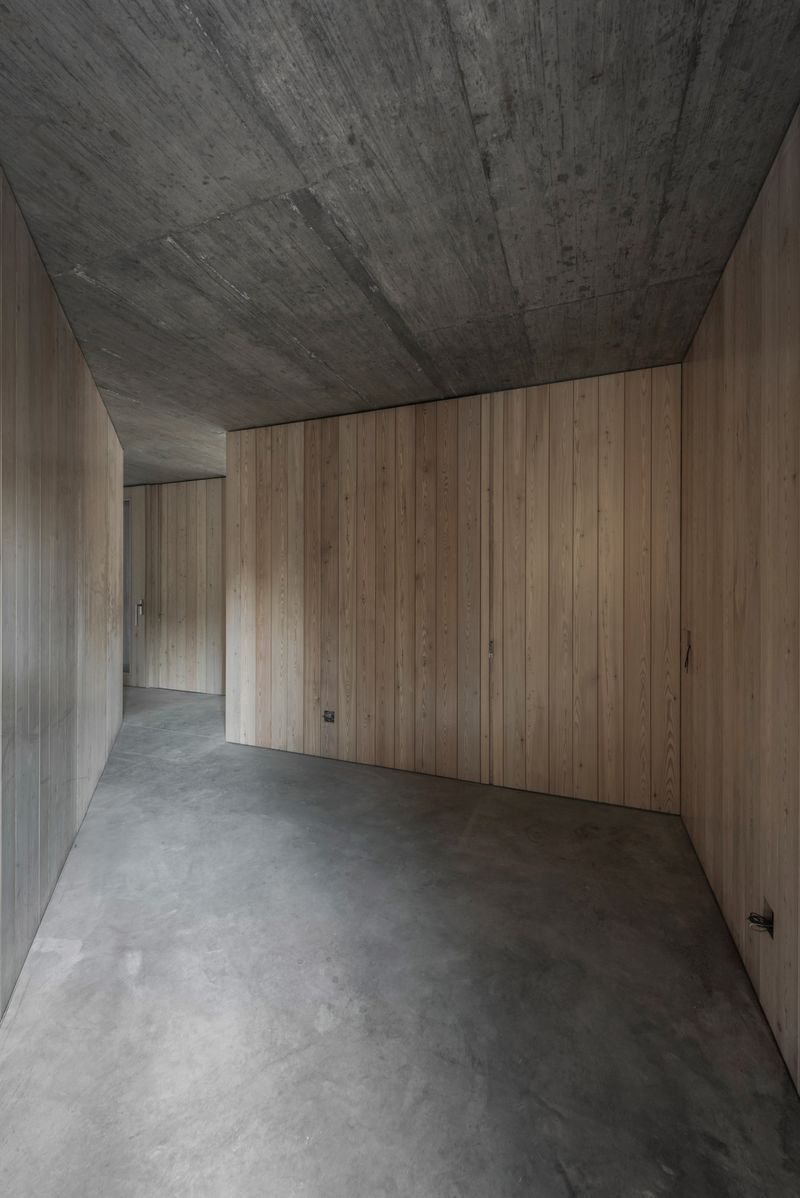 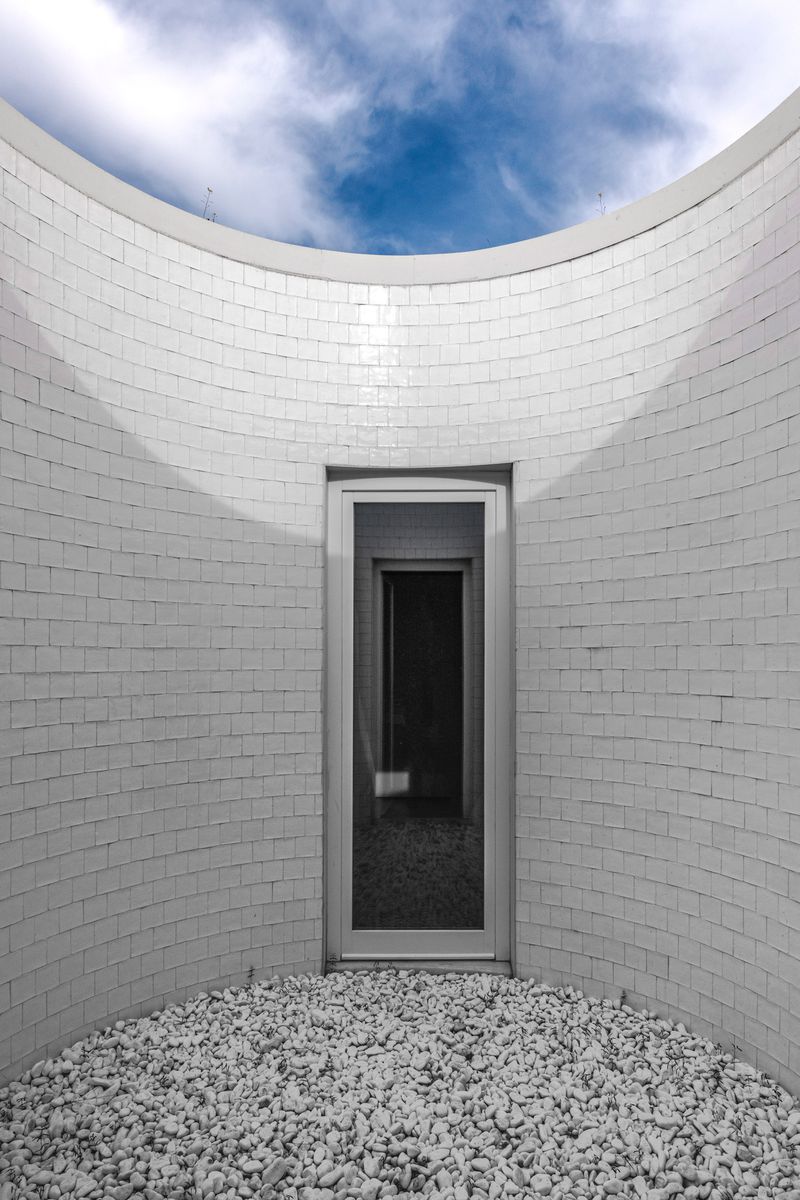 I only felt at home once my home disappeared