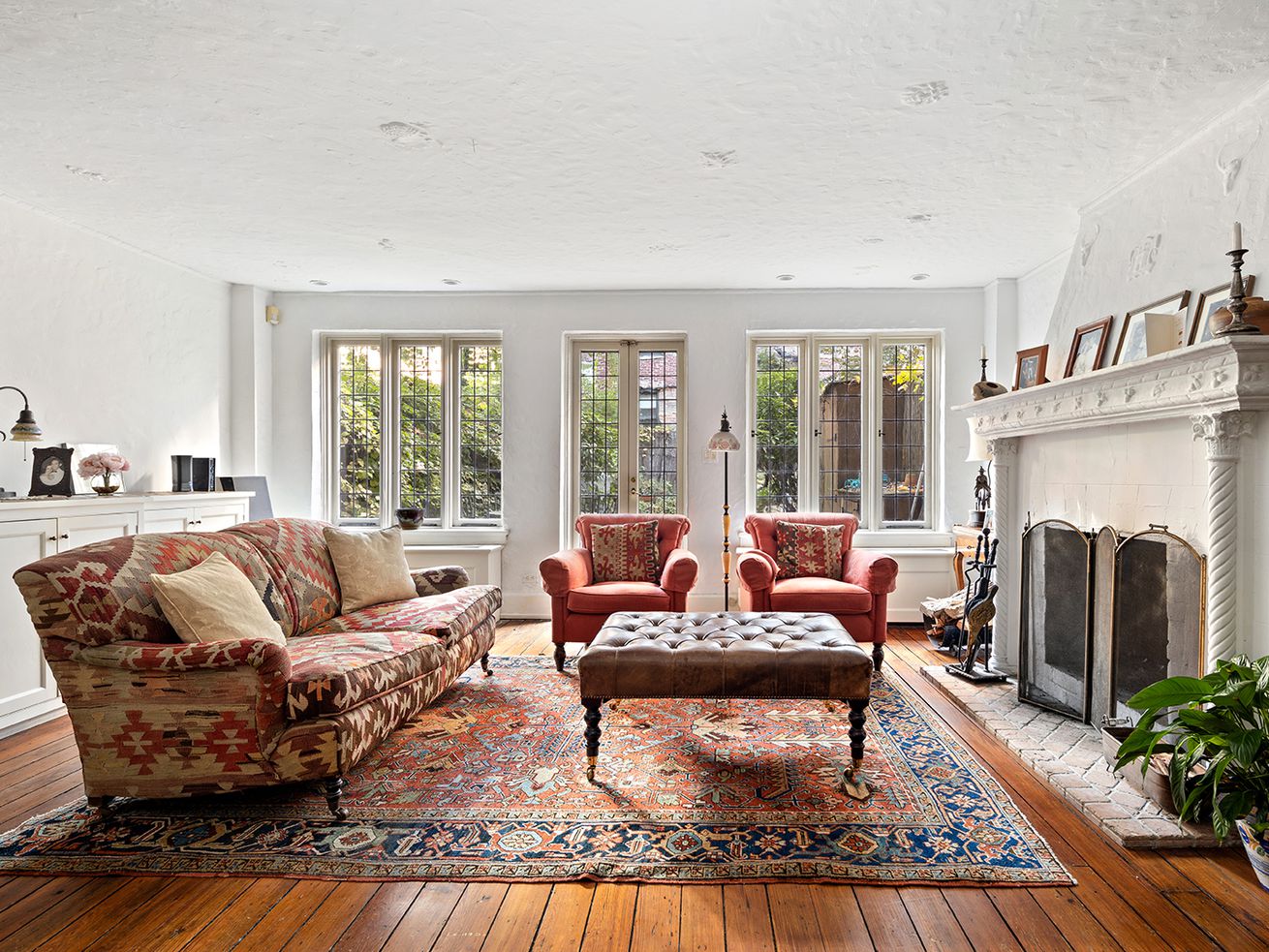 Perry Street in the West Village is lined with rows of charming
historical turn-of-the-century houses in varying styles, including
Romanesque Revival and Italianate. And one of those dreamy homes
has
hit the market for the first time in over 50 years, with a
$11.995 million price tag.

Sitting in the Greenwich Village
Historic District, the French Second Empire-style structure was
built in 1868 and designed by William Naugle, according to the
Landmarks Preservation Commission.

The 4,425-square-foot, five-story home has eight bedrooms, eight
and a half bathrooms, a terrace, a garden, around 15 closets, and a
laundry room and recreation area in the basement.

Its facade features cast-iron balustrades and a triple bay
window. Inside, the house maintains its old-world charm with
details like eight fireplaces with mantels, decorative moldings,
paned windows, wood panels, and exposed brick.

It’s currently setup as an owner’s triplex with five rental
units but can be converted into a single-family home, per the
listing. The property’s tax bill comes in at $3,845.76/month.
Located at
73 Perry Street, between Bleecker and West 4th streets, the
house sits near Abingdon Square and the 1 train at Christopher
Street.

Lise Lebeuf, Debra Kameros, and Susan Weiner of Compass have the
listing. 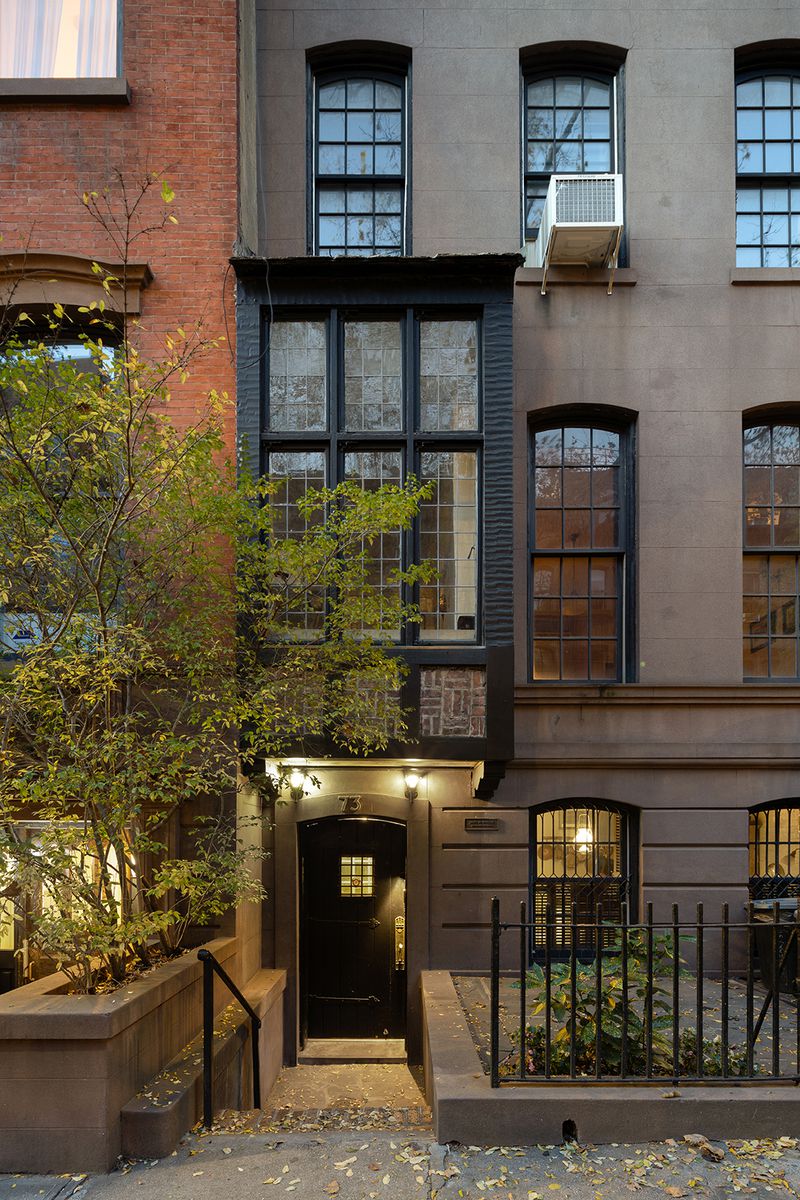 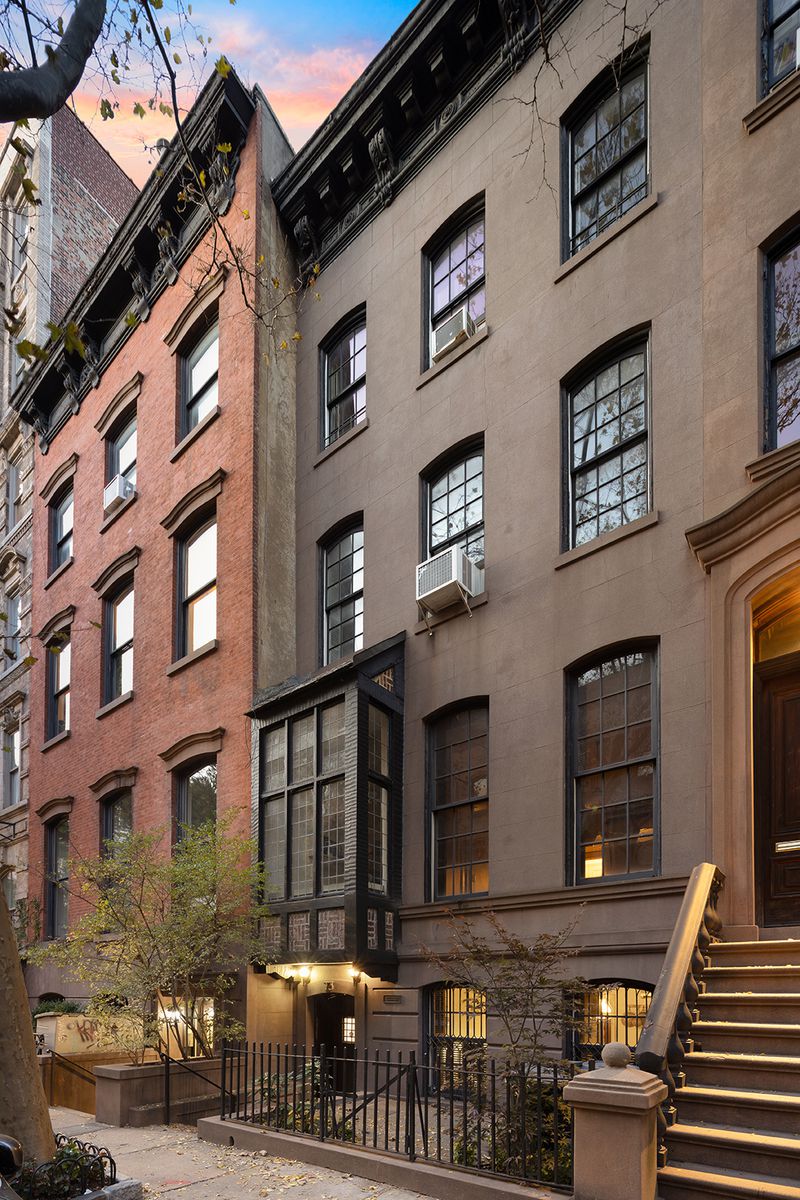 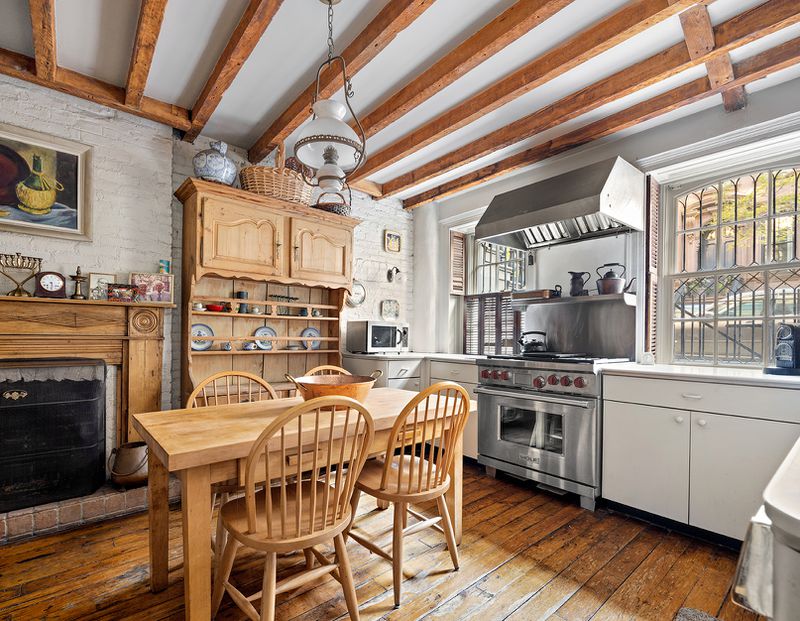 The
main kitchen has wood panels in its ceilings. 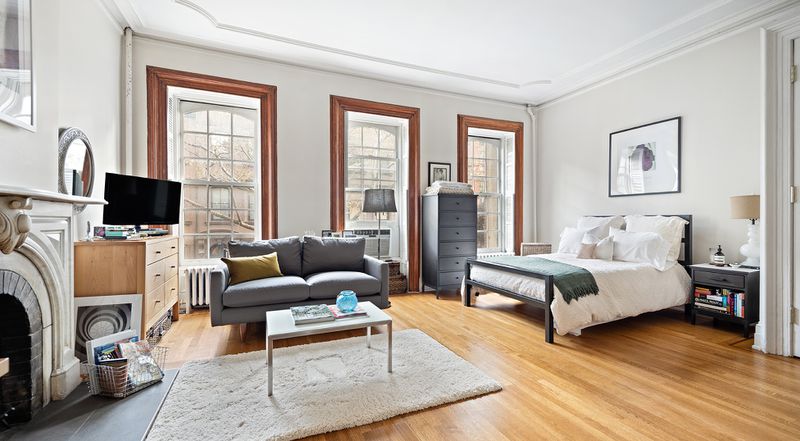 One
of the bedrooms with a fireplace. 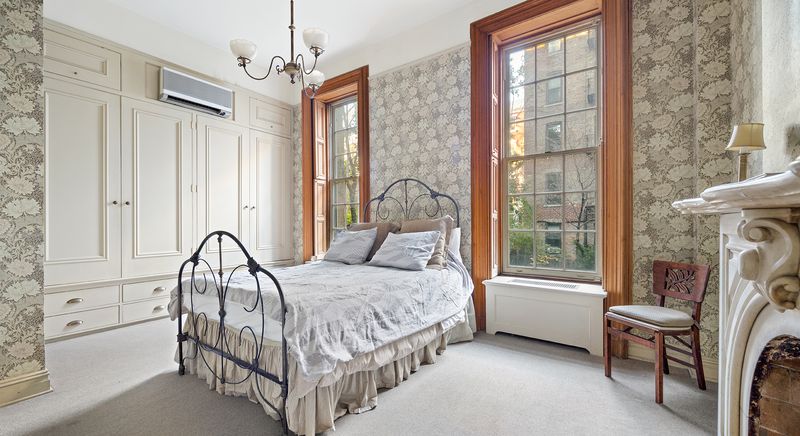 There
are plenty of old-world details around the house, and floral
wallpaper is one of them. 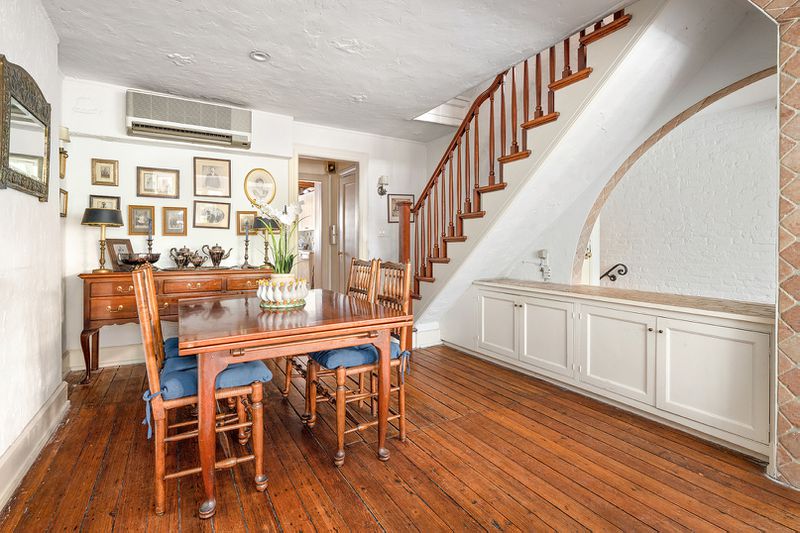 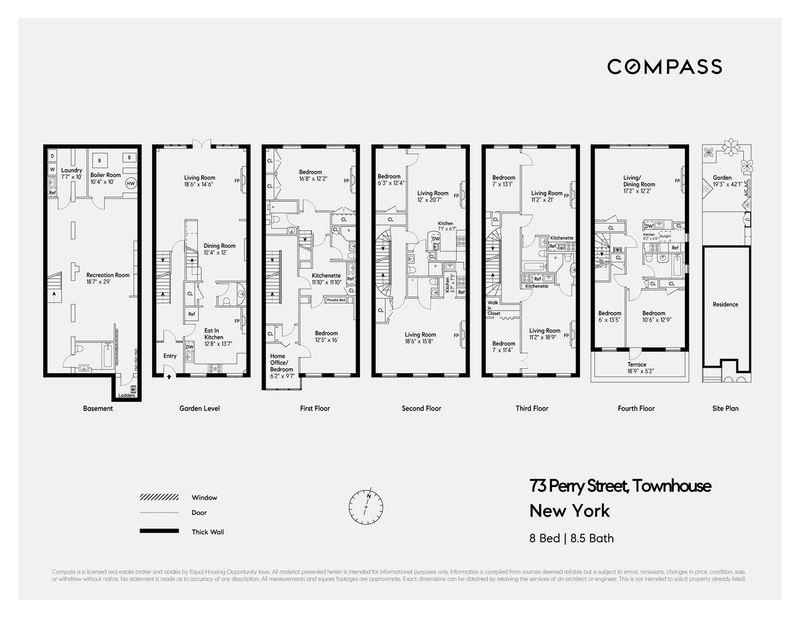