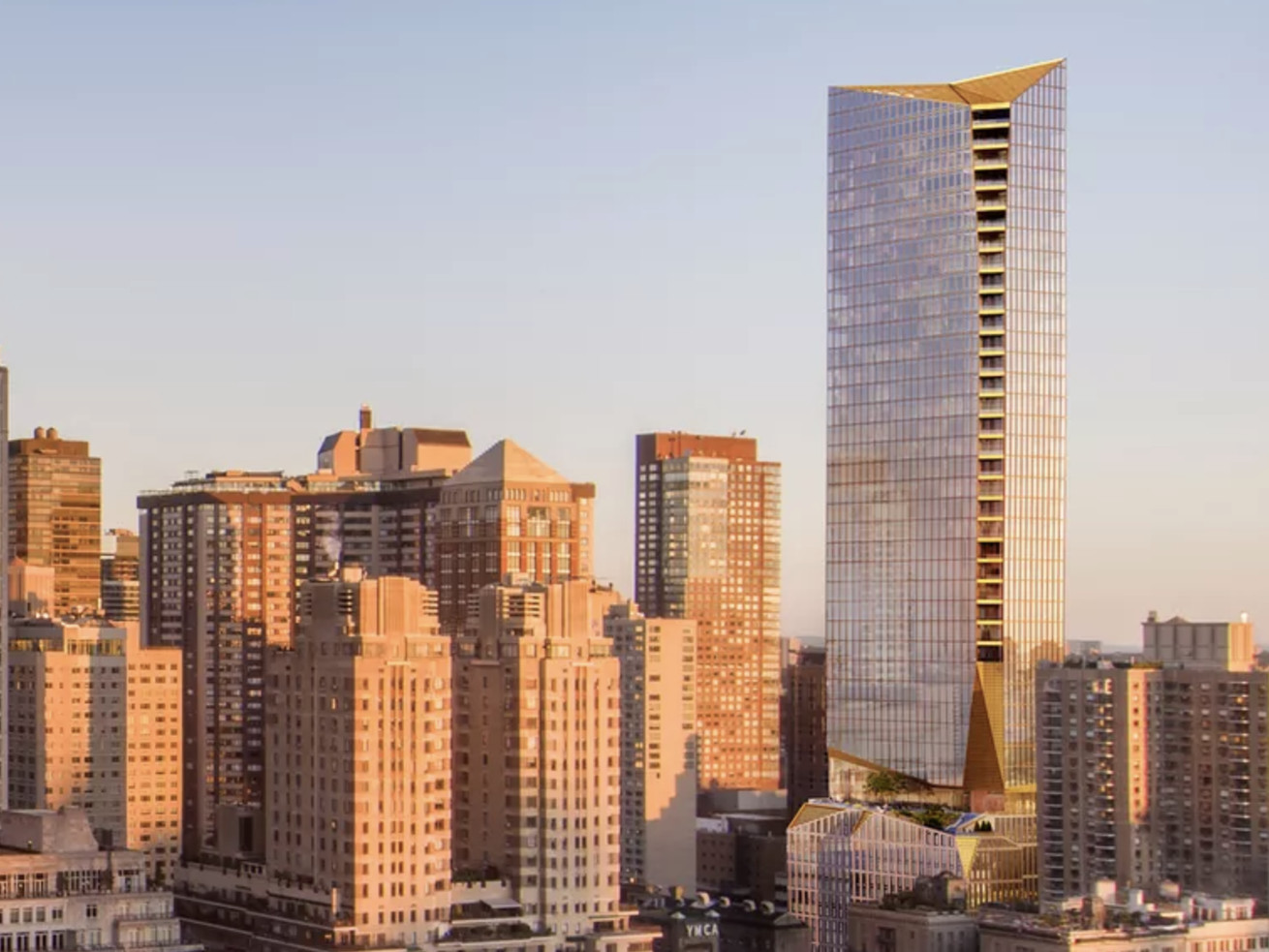 In a decision that could influence future skyscraper
construction across the city, the Board of Standards and Appeals
upheld the Department of Buildings’ approval of what would be the
Upper West Side’s tallest tower.

The split 2-2 vote overruled local preservationist group
Landmark West’s challenge that developer Extell inappropriately
used mechanical space to beef up the 69-story building’s height
without counting against floor area restrictions. In the event that
board members cannot reach a majority, the city’s initial
decision is upheld, according to the board’s chair Margery
Perlmutter.

The decision clears the way for Extell to restart construction
on the 775-foot residential tower at 50 West 66th Street, but
Tuesday’s vote was not a complete loss for neighborhood
preservationists. Perlmutter voted against the challenge, declaring
that the Department of Buildings properly reviewed Extell’s use
of mechanical floor space based on the standards at the time. But
she stressed that the agency must “improve its analytical
method” when it comes to evaluating whether a building has a
proportionate amount of mechanical space.

On the flip side, board member Salvatore Scibetta noted a recent
instance where the Department of Buildings required plans for a
one-family home to deduct an entire floor from the project because
of excessive mechanical equipment. Scibetta said he fears that
upholding the city’s ruling “would institute a precedent that
not only would permit a subversion to zoning and the obligations of
governmental agencies but would also raise a constitutional
question as to whether it is appropriate to scrutinize an owner of
a one-family home more stringently … than they would of a
tower.”

Stuart Klein, an attorney who represents Landmark West, said he
will request additional meetings with the buildings department to
further discuss the mechanical space. Sean Khorsandi, the executive
director of the preservationist group, said he is surveying their
options but did not rule out additional legal challenges. (The
tower is already
embroiled in a legal dispute with The City Club of New York
after the board rejected
a separate challenge).

Extell did not return requests for comment. Andrew Rudansky, a
spokesperson for the building’s department, said the agency is
“pleased” with the ruling.

The decision capped the latest challenge in a handful that the
tower has faced since the developer first announced plans for the
project some four years ago. The Department of Buildings actually

threatened to pull the building’s permits in early 2019
unless the plans were amended to accommodate zoning and safety
concerns. The agency gave the project the go-ahead a month later
after Extell slightly shrunk the mechanical space—the current
version features a contiguous void that measures a total 176 feet
in height, permits show.

A month after the city approved Extell’s plans, the City
Council passed legislation that dramatically slashed the amount of
allowable mechanical space for buildings in certain parts of the
city. That amendment capped mechanical voids at 25 feet before they
eat into a building’s footprint. Lawmakers approved the change
after months of debate between neighborhood advocates
calling the measure too lenient and industry experts
decrying it as too restrictive.