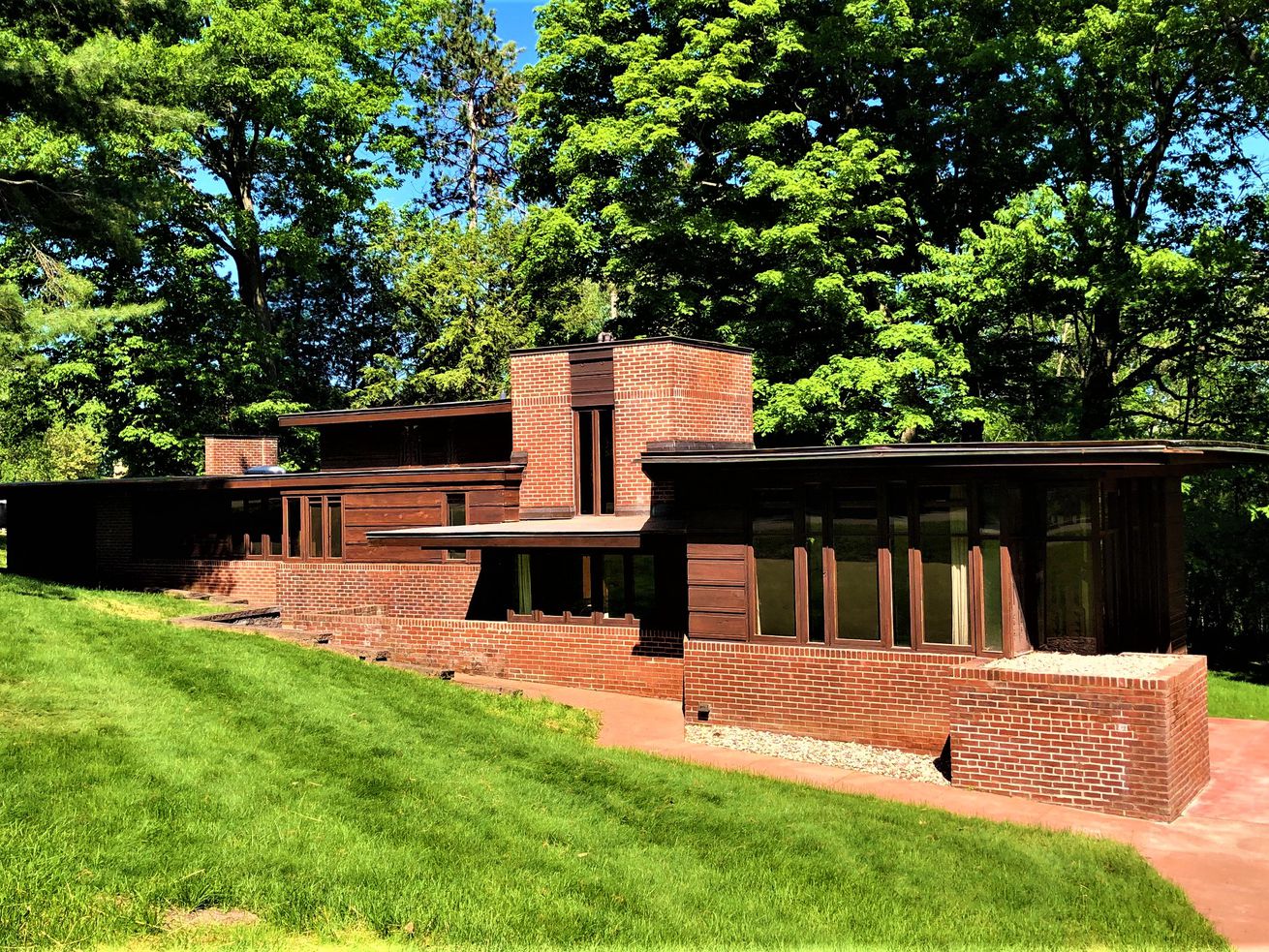 It features Wright trademarks like a long horizontal roof and
clerestory windows.

This small town of around 40,000 people is a two-hour drive
north of Madison, Wisconsin, and about one and a half hours west of
Green Bay. The Wisconsin River runs straight through Wausau and is
its most important feature — a place to swim, fish, canoe, and
kayak in the town’s white-water park.
1224 Highland Park Boulevard sits in the East Hill
neighborhood, a mile northeast of the town’s historic river
district and quaint lineup of Tudor Revival and Victorian Gothic
storefronts. Despite the small-town feel, Wausau also boasts a few
big-city amenities, like the Leigh Yawkey Woodson Art Museum (just
a few blocks from the house) and the 29-acre Monk Botanical Gardens
located just to the north.

There’s no shortage of Frank Lloyd Wright
Usonians in the Midwest, but the Charles and Dorothy Manson
House is one of the earliest examples of the style. Designed in
1938 and completed in 1941, the home features Wright trademarks
like a long horizontal roof, windows with perforated panels, and
clerestory lighting in the kitchen and hallways. The home’s red
hue comes from red tidewater cypress used on both the exterior and
interior in a board-and-batten design, mixed in with local red
Ringle bricks. Wright pioneered radiant-heating systems in his
designs, and originally the Manson home had radiant floors, too.
But according to the current owners, that system failed around 40
years ago, and the house now features more modern baseboard
heating. Other updates include a rubber-roofing system, a remodeled
kitchen, and two restored fireplaces.

When Wright first developed his Usonian designs and theories on
organic architecture, he favored right-angle corners and square
shapes. In an effort to further unify the Manson House with its
environment (the site’s topography slopes down from the street
level to a wooded ravine), Wright experimented by adding 30- and
60-degree angles to the exterior walls and in the ceiling angles.
This means that while the house doesn’t have the typical I- or
L-shaped floor plan of other Usonians, it does hint at Wright’s
future use of
triangles,
parallelograms, and even
curves. 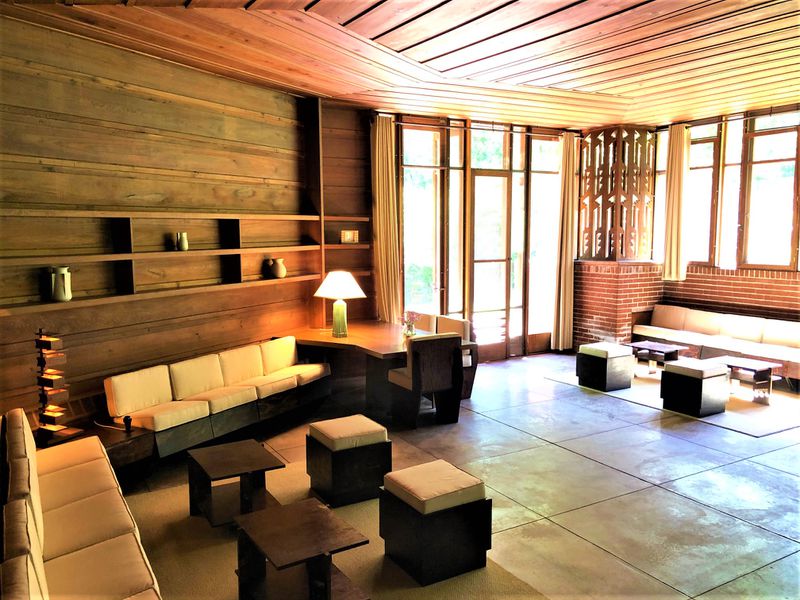 The
living room showcases red tidewater cypress on the ceiling and
walls in a board-and-batten pattern and a corner window with
perforated panels. 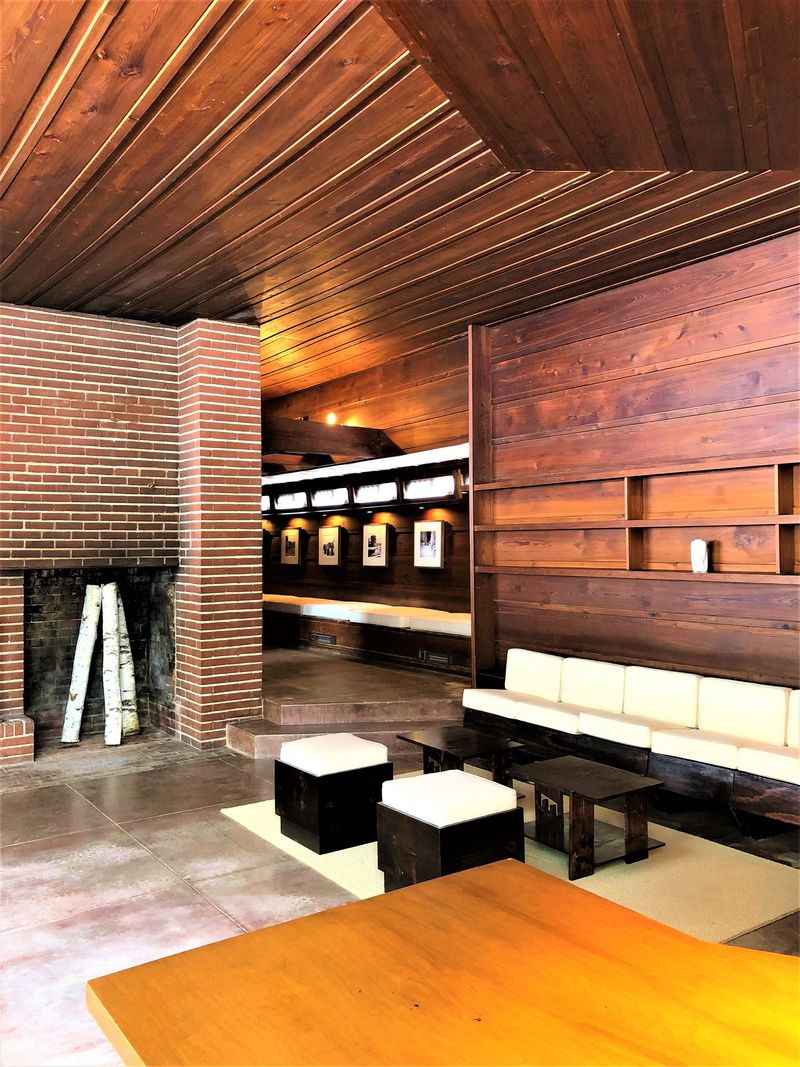 The
living-room fireplace is the core of the Usonian house, and this
version made of local red brick rises from the floor to the
ceiling. 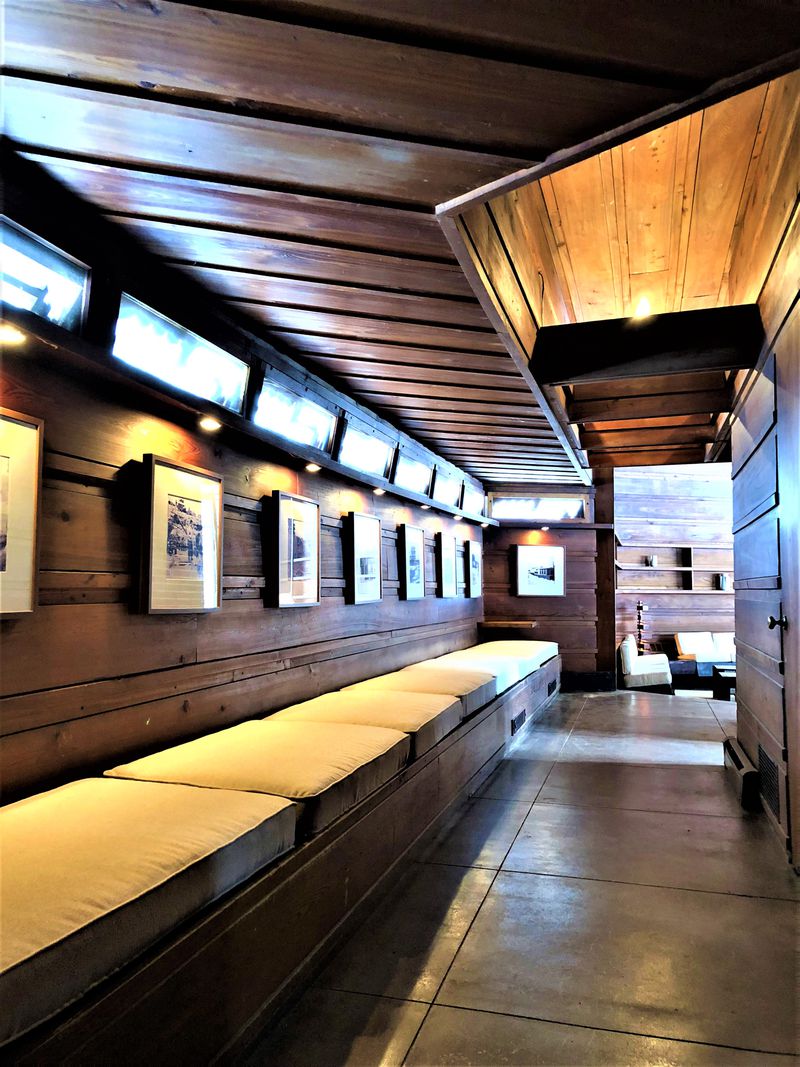 A
44-foot-long gallery leads from the grand living room to the foyer
and features an original bench with storage. 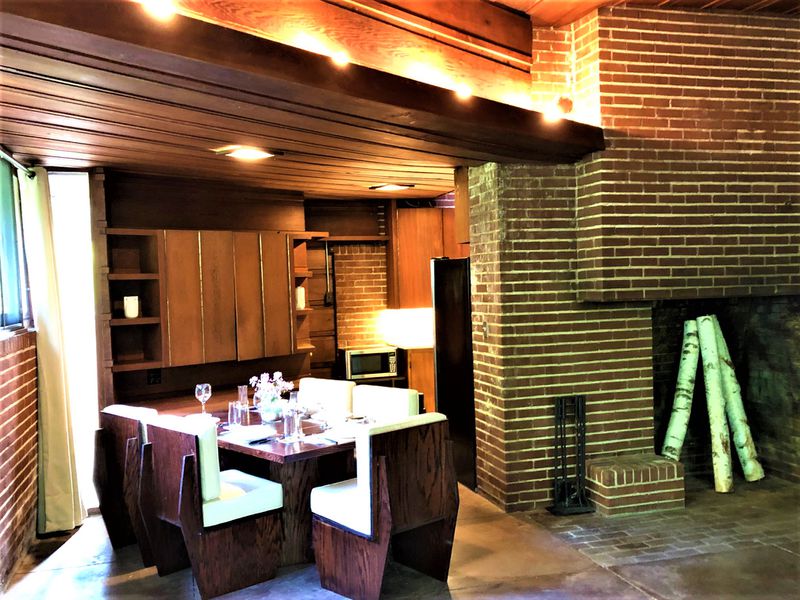 Sandwiched
between an office workspace and the living room, the dining room
sports lower ceilings that were designed to create a more intimate
experience. 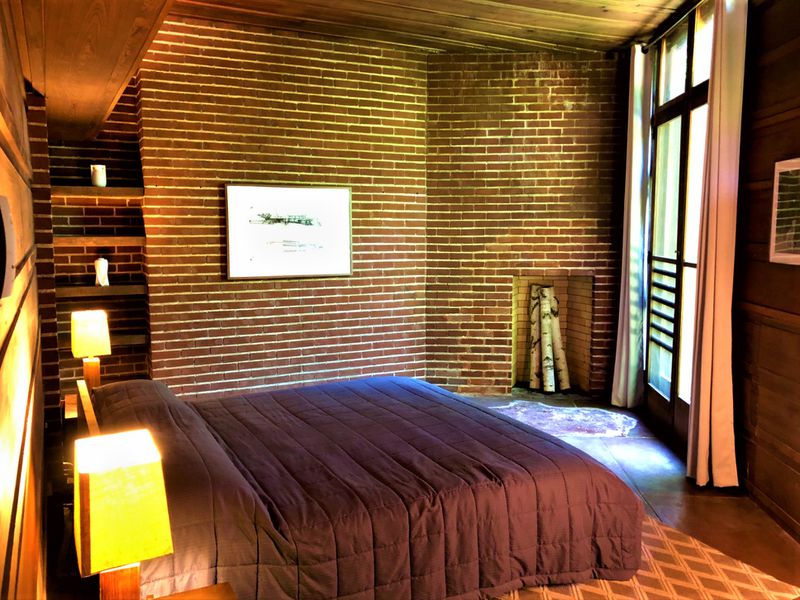 The
master bedroom has a restored fireplace, ten-foot ceilings, and the
same brick and red tidewater cypress used elsewhere in the home.

A perfectly simple cabin rises in the wilderness

Rem Koolhaas and AMO Explore Radical Change in the World's Nonurban Territories in the Guggenheim Exhibition Countryside, The Future