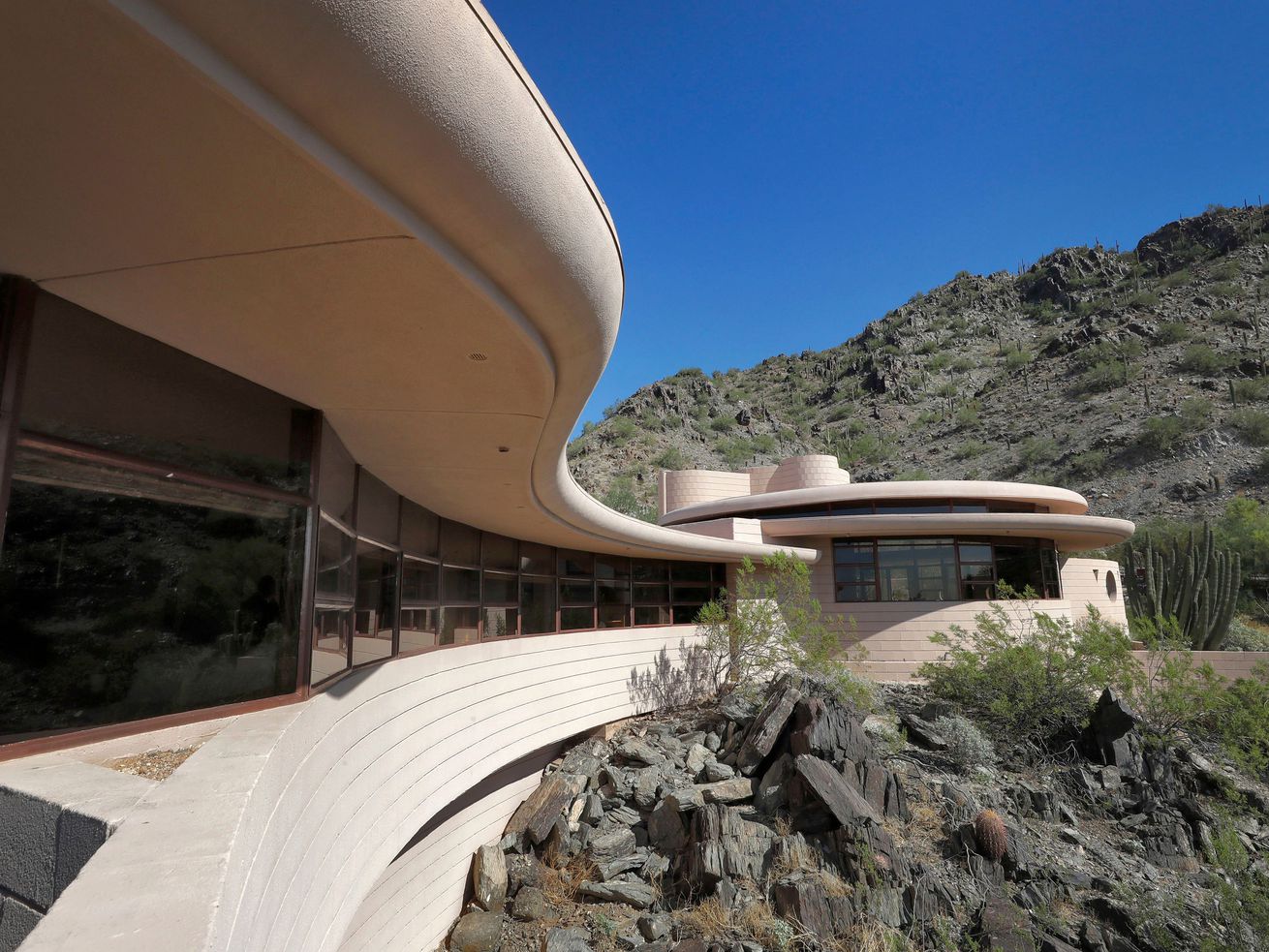 This one’s a head-scratcher.

Designed by Frank Lloyd Wright just before his death in 1959,
the house commissioned by Norman and Aimee Lykes in the suburbs
north of Phoenix was ultimately built in 1967 by Wright’s
apprentice, John Rattenbury.

Sometimes referred to as the “Circular Sun House” and one of
only 14 circular residences by Wright, the home is a perfect
example of Wright’s curvy, late-career style (also see: the
Guggenheim). From above, the desert mountain structure and its
crescent-shaped pool look like a set of intricate clock gears
(Wright credited the curving ridge lines of the surrounding hills
as his inspiration).

The curves continue inside, with sloping walls clad in
golden-hued Philippine mahogany, circular and semicircular windows,
custom built-ins, and original Wright–designed furniture. The
kitchen counters are wrapped in stainless steel and the slate
floors were sourced from India. 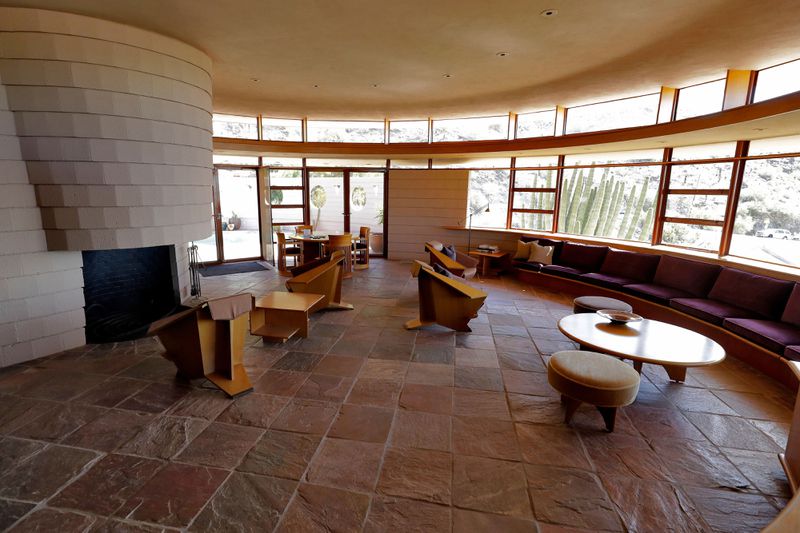 Matt
York/AP/Shutterstock In the living room, a built-in sofa lines the
edge of the light-filled room while Wright-designed chairs sit in
front of a fireplace.

In 1994, new owners hired Rattenbury to update the interiors and
the architect made significant changes, transforming the original
five bedrooms (some of which were as small as closets) into three.
The Taliesin West–approved renovation created a much larger
master suite with an expanded bath lined with Italian rose marble.
Two of the other bedrooms were combined into one larger guest room,
and a workshop was converted into a home theater.

The Norman Lykes House was originally listed in
2016 for $3.6 million, but found no takers even after several
price drops. It was finally sold at auction in October 2019 for
just under $1.7 million to an out-of-state resident who, per the

Associated Press, had planned to keep the house intact and use
it for vacations.

In early 2020, the property was listed for rent on Zillow Rental
Manager for $15,900 per month. And this week, it returned to the
market asking a mind-boggling $7.95 million.

Curbed reached out to listing agent Deanna Peters for a
statement on the massive price increase. We have not heard back.
It’s unknown if there were any upgrades or significant
investments in the home since 2019, but the price could be a
response to the recent sale of the
David and Gladys Wright House (Wright’s design for his son
and daughter-in-law), which is also in Phoenix and also
circular.

That spiraling concrete block home has its own tumultuous
history on the market and was listed as high as $13 million in
2018. It sold last month, according to the
Arizona Republic, for $7.25 million. That averages out to about
$2,800 per square foot — a figure similar to what the Norman
Lykes House is now asking at $2,569 per square foot. But the David
and Gladys Wright House sits on a sub-dividable lot of 5.5 acres,
while the Norman Lykes lot is just 1.3 acres.

Whether Wright’s final design can fetch this higher price
after being forced to auction less than a year ago remains to be
seen. Even if it does, it won’t set a record for the most
expensive Wright–designed home ever sold. That title goes to the 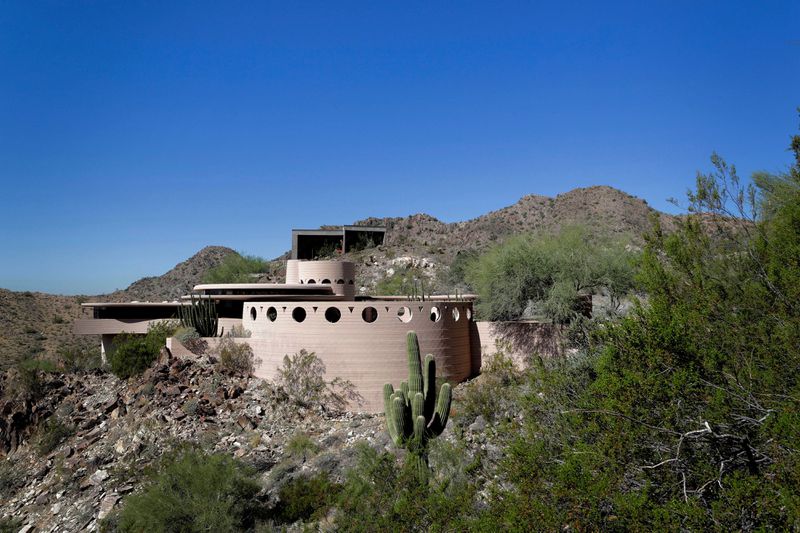 Matt
York/AP/Shutterstock An exterior view of the curving desert home
with its notable circular cut outs. 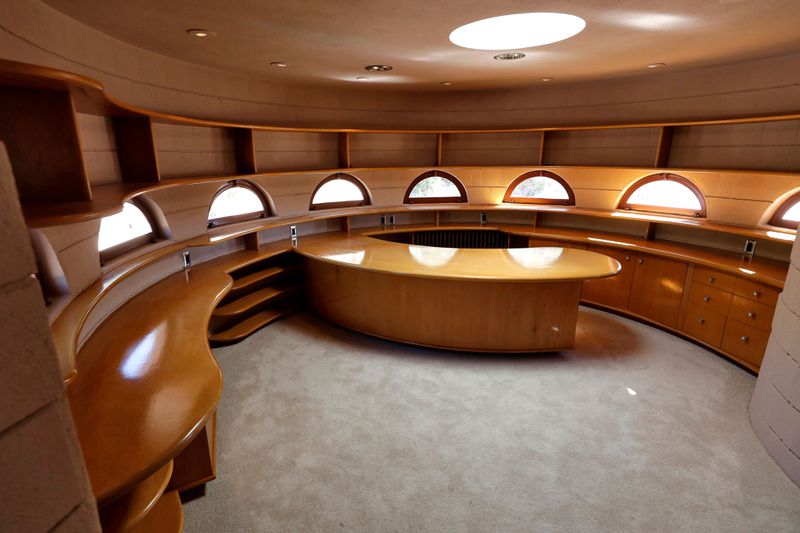 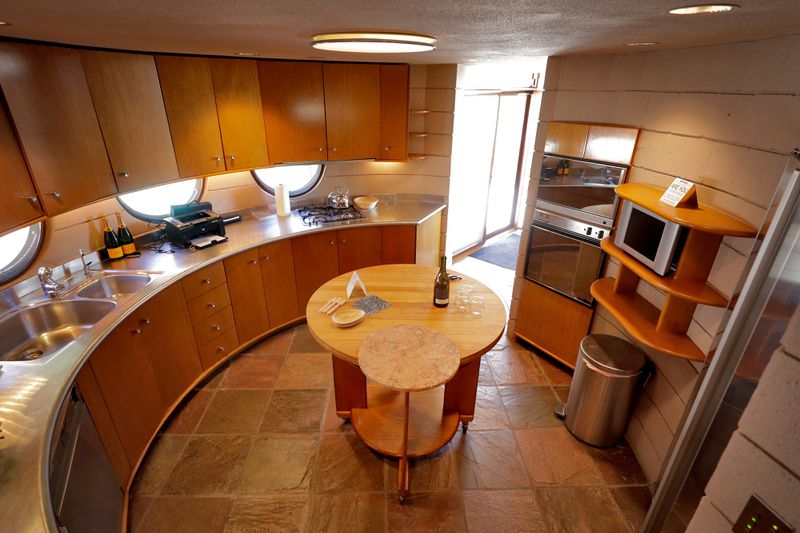 Matt
York/AP/Shutterstock Even the kitchen is shaped in a
circle. 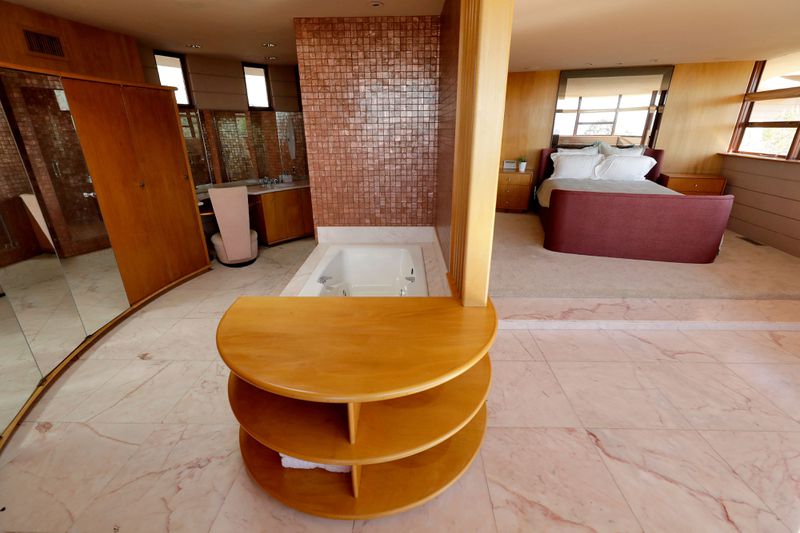 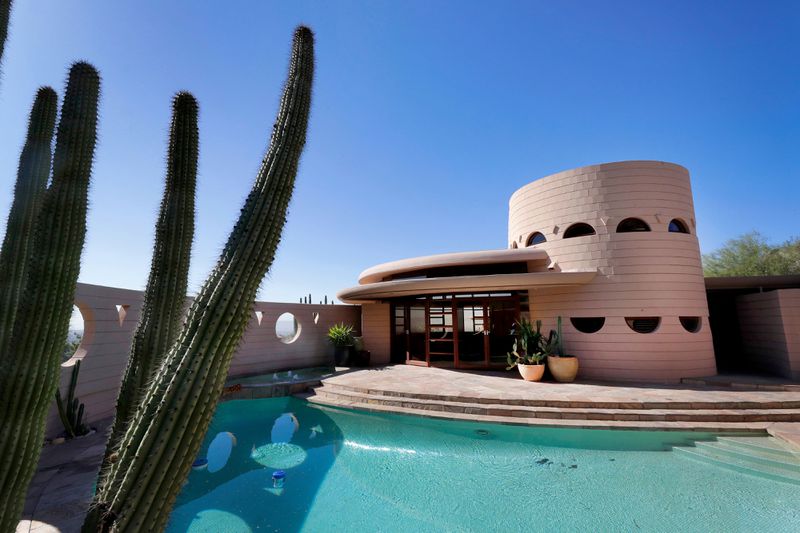 Matt
York/AP/Shutterstock The pool area outside showcases Wright’s
circular cut-outs in the walls and more curving design on the
patio.

What are the best candlesticks?

Where to buy plants online

How do I balance keeping my home livable and getting work done?