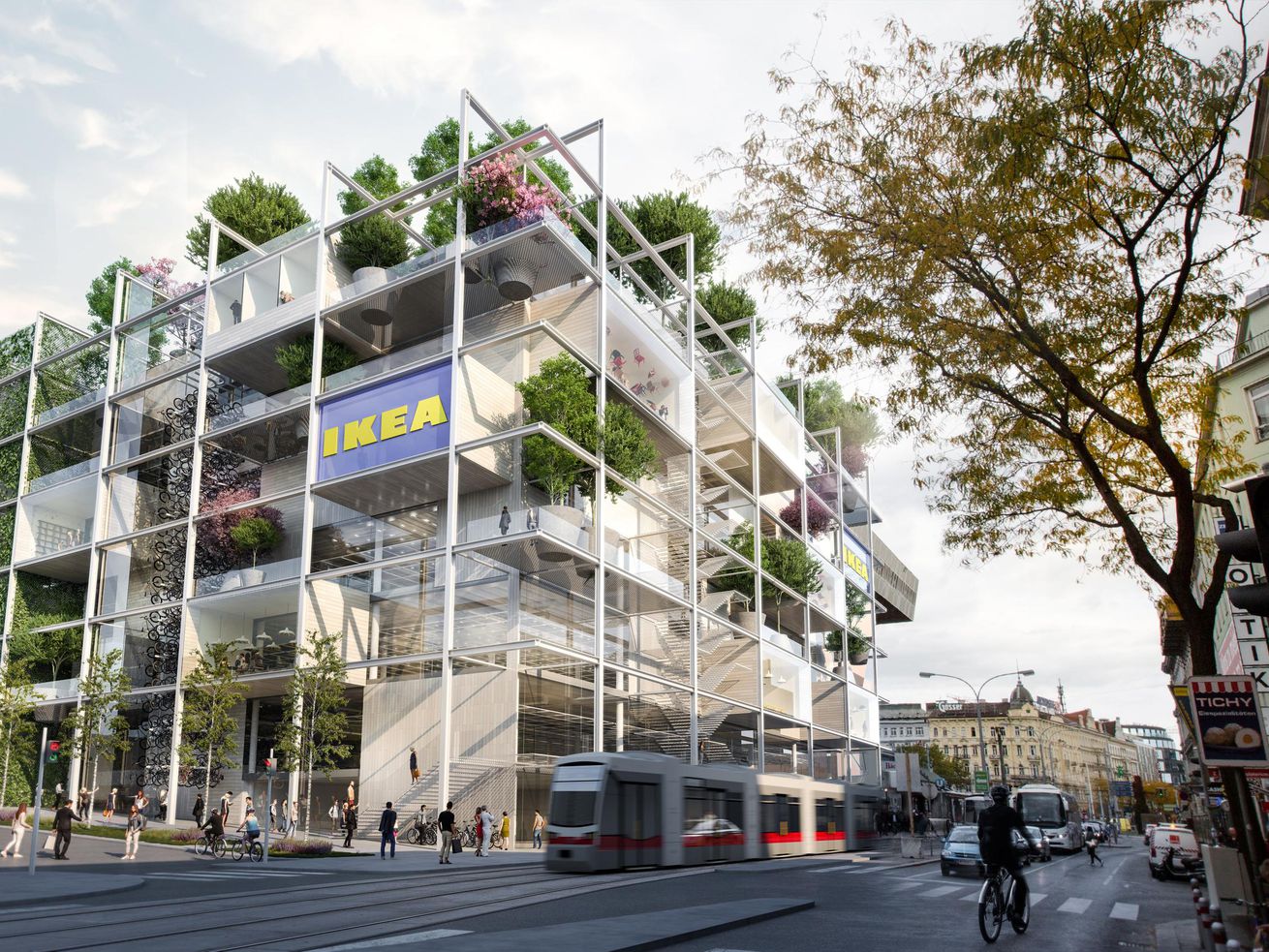 Ikea is constantly testing the boundaries for where and how
people want to shop for its endless supply of home goods. Last
year, it opened a series of small-format stores in
New York, Paris, and
London that function more like showrooms than the company’s
pick-up-and-go big box stores that sit on the outskirts of
cities.

Now, the Swedish company is
planning a new store in
Vienna that takes the idea of an urban shopping experience to
its logical extreme. Located in the Austrian capital’s
Westbahnhof Station, the store will cater to urban dwellers who
take public transportation.

Designed by Querkraft
Architekten, the planned retail space upends the idea of how a
store should look. Reminiscent of recent residential towers
conceived as
“vertical forests”, the seven-story building will feature
trees on terraces, a large green roof, and spaces arranged into
modular boxes that fit into a busy grid of activity. There’s no
parking on site since the company assumes that most people will
arrive by train. 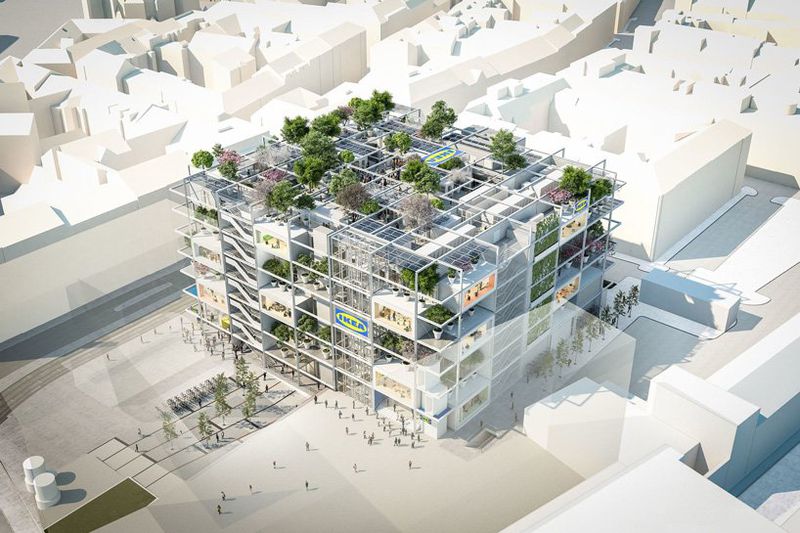 Ikea says the design takes current “megatrends” in mobility
and consumer behavior, catering to the less car-dependent urban
population who is used to super fast delivery.

“Customers have little time and appreciate convenience and
comfort,” the company said in a statement. “This is clearly
noticeable in the furnishing area: More and more customers no
longer even think about carrying their purchases home themselves.
you can have them delivered.” The Vienna store would deliver
large items within 24 hours.

Construction began last week and store will be open for business
in 2021.

Source: FS – All – Architecture 10
Ikea is building a city store with lots of trees and no parking

Learning to recognize myself in the bathroom mirror