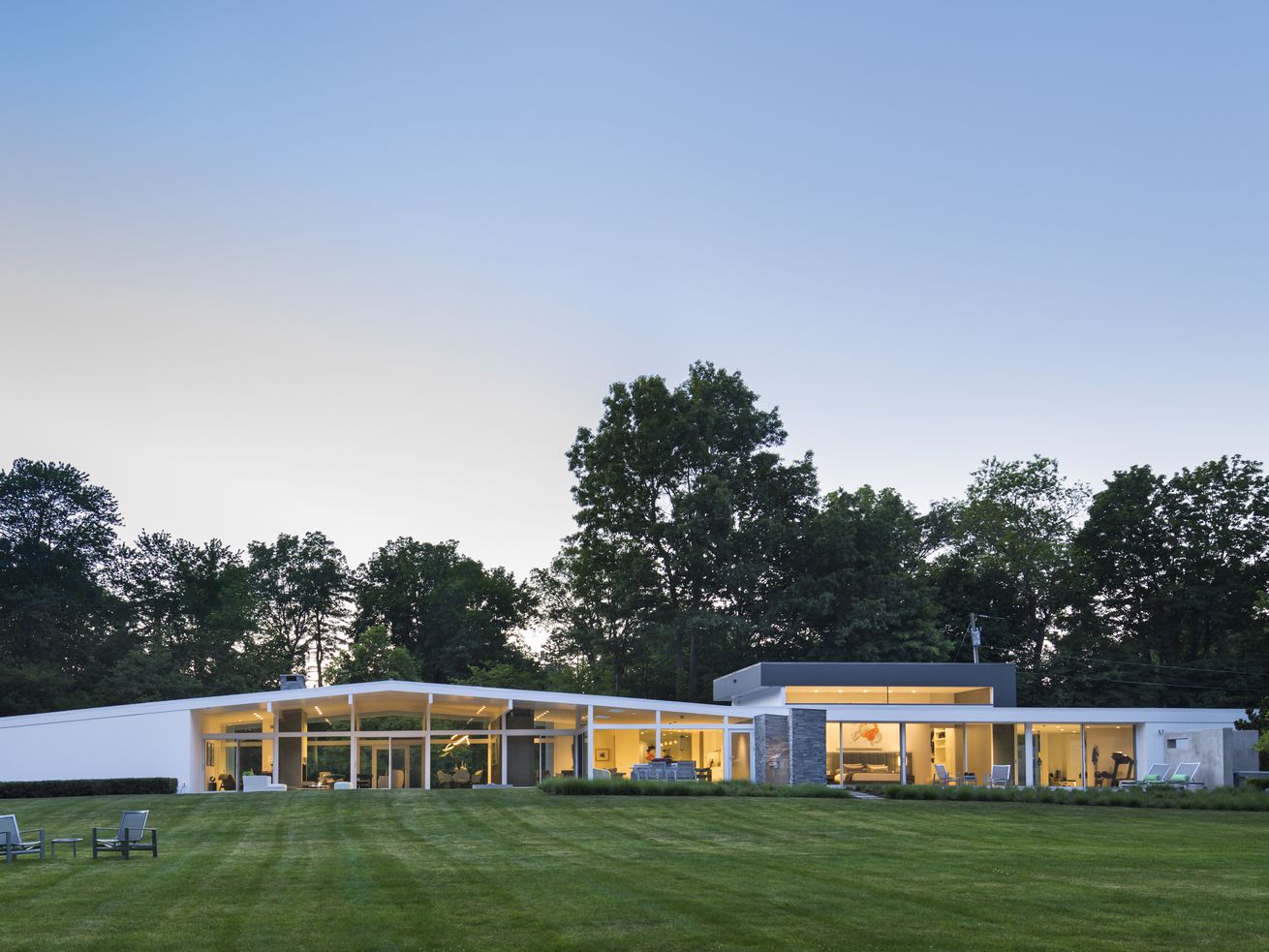 Though he went to Brown, John Black Lee is often referred to as
the sixth member of New Canaan’s Harvard Five, having apprenticed
with Harvard Five member Eliot Noyes and designed more than half a
dozen homes in the modernist hot spot himself.
Among
those
works, 478 Oenoke Ridge is perhaps the most significantly,
though carefully, altered.

The original wood and steel house featured long horizontal lines
with a shallow gable roof and glass walls on both sides. In 2017,
owners Mark Ullman and Taylor Gibson-Ullman hired New York
architect Joel Sanders to update and expand the 3,600-square-foot
home, which, according to a 2018
Architectural Record story on the project, was in
“pristine” condition but had a cramped kitchen and small
bathrooms. “The owners wanted to keep the aura of the house,”
Sanders told the Record.

After the renovation, the exterior retains a similar feel;
Sanders only demolished a small portion of the east side in order
to join the addition. But the living space is now much larger, with
the 2,600-square-feet extension creating a new master suite, gym,
and garage. To help complement the original house, the new section
also employs walls of glass and continues the white roofline of the
existing structure (though the master-suite portion rises higher,
with 12-foot ceilings and clerestory windows to flood in
light).

Other changes include the removal of shoji screens in the living
areas to open up the floor plan and turning bathtubs into glass
showers to give the bathrooms a more spacious feel. Meanwhile, the
original three-bedroom wing on the west side is entirely intact,
and the home’s entrance location remains the same, though it now
overlooks a formal garden. 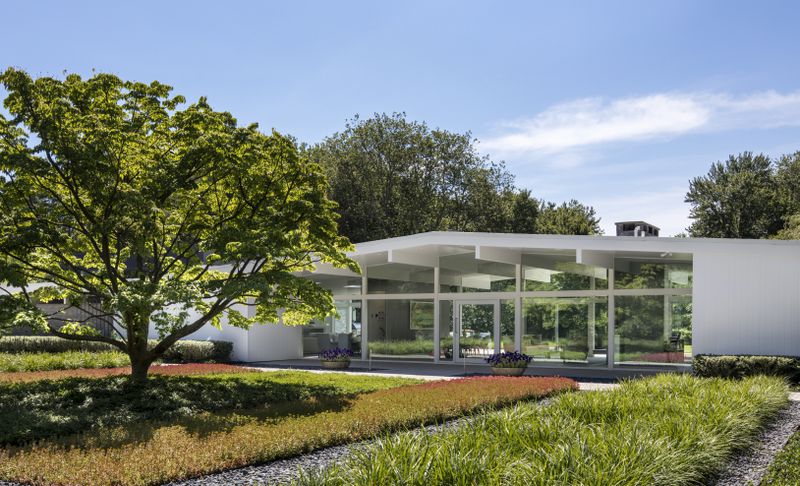 Peter
Aaron A formal garden with a single tree sits in front of the
glazed entrance façade. 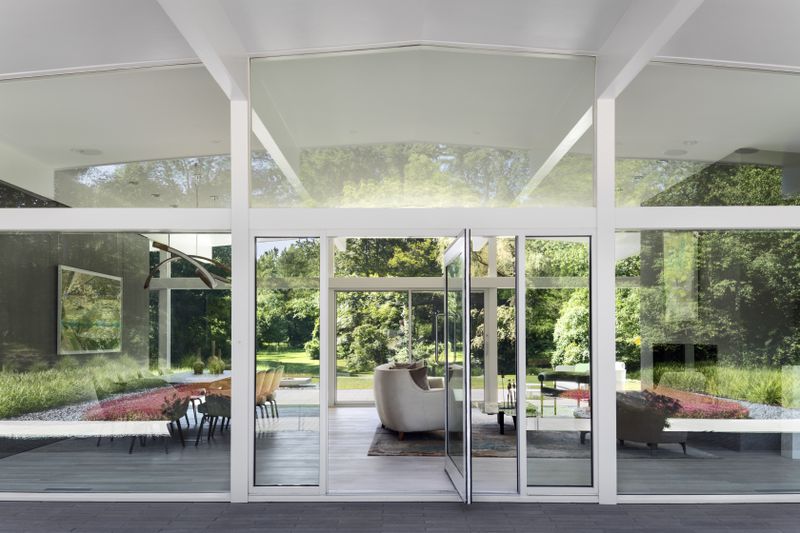 Peter
Aaron An all-glass pivot door adds an even more modern touch to the
entrance. 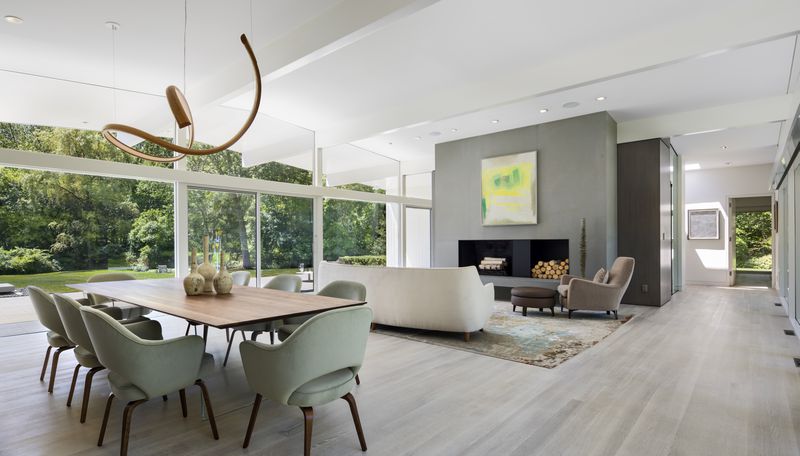 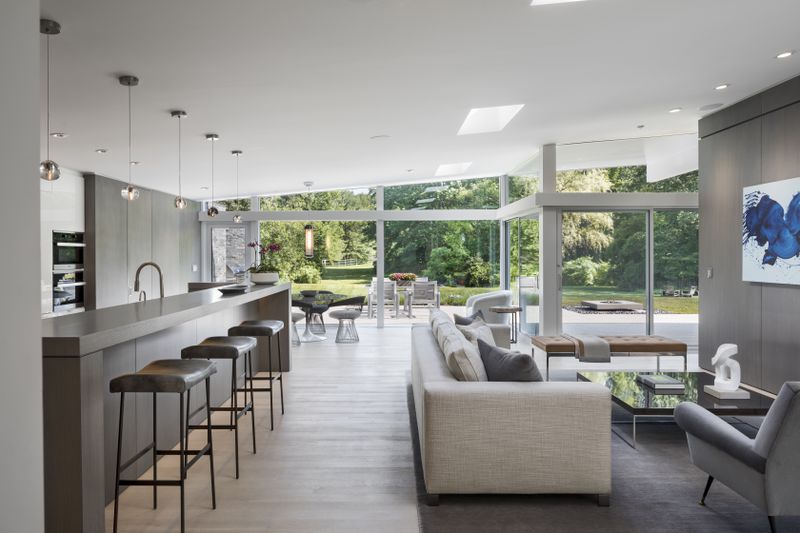 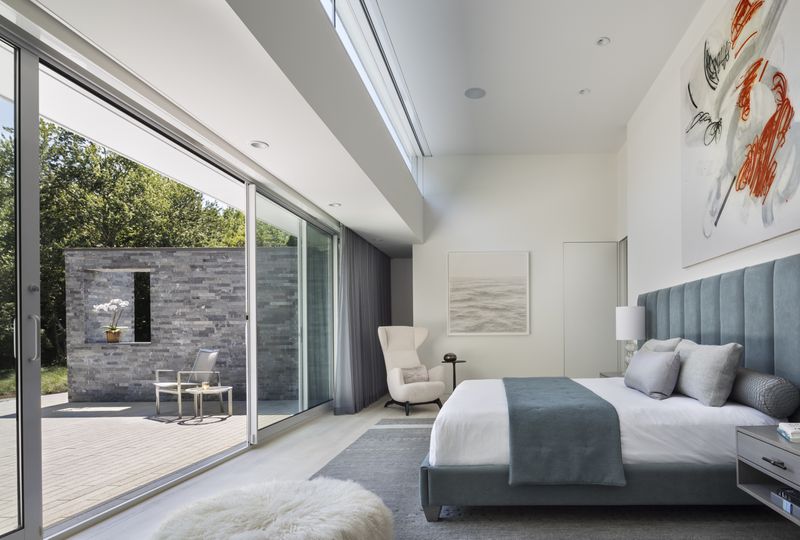 Peter
Aaron The master bedroom, located in the new east-wing addition,
opens to a terrace with a bluestone accent wall. 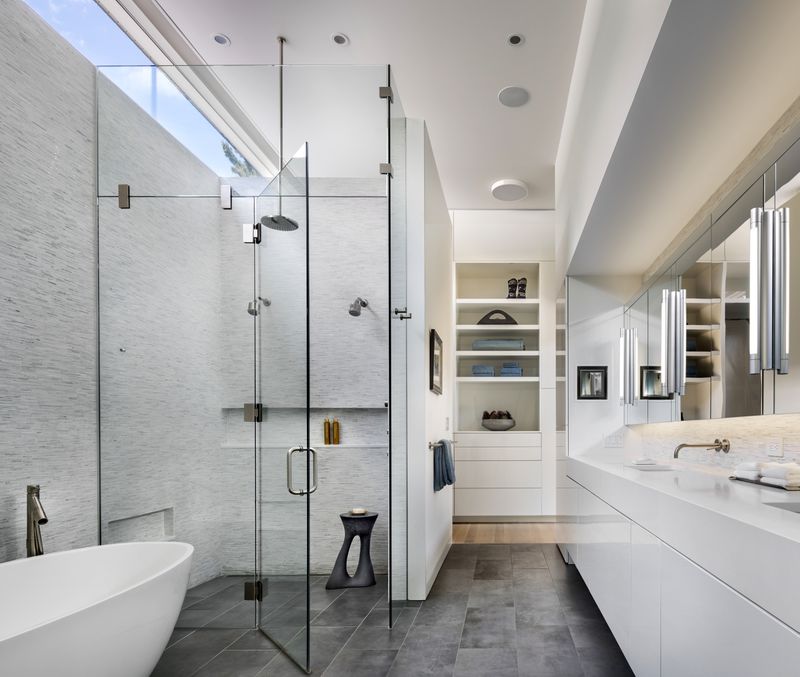 Peter
Aaron One of the reasons for the addition was to create a new,
larger master bath.

How Ben Carson Tried to Destroy Fair And Affordable Housing

Decor ideas to steal from an airy Hamptons beach home