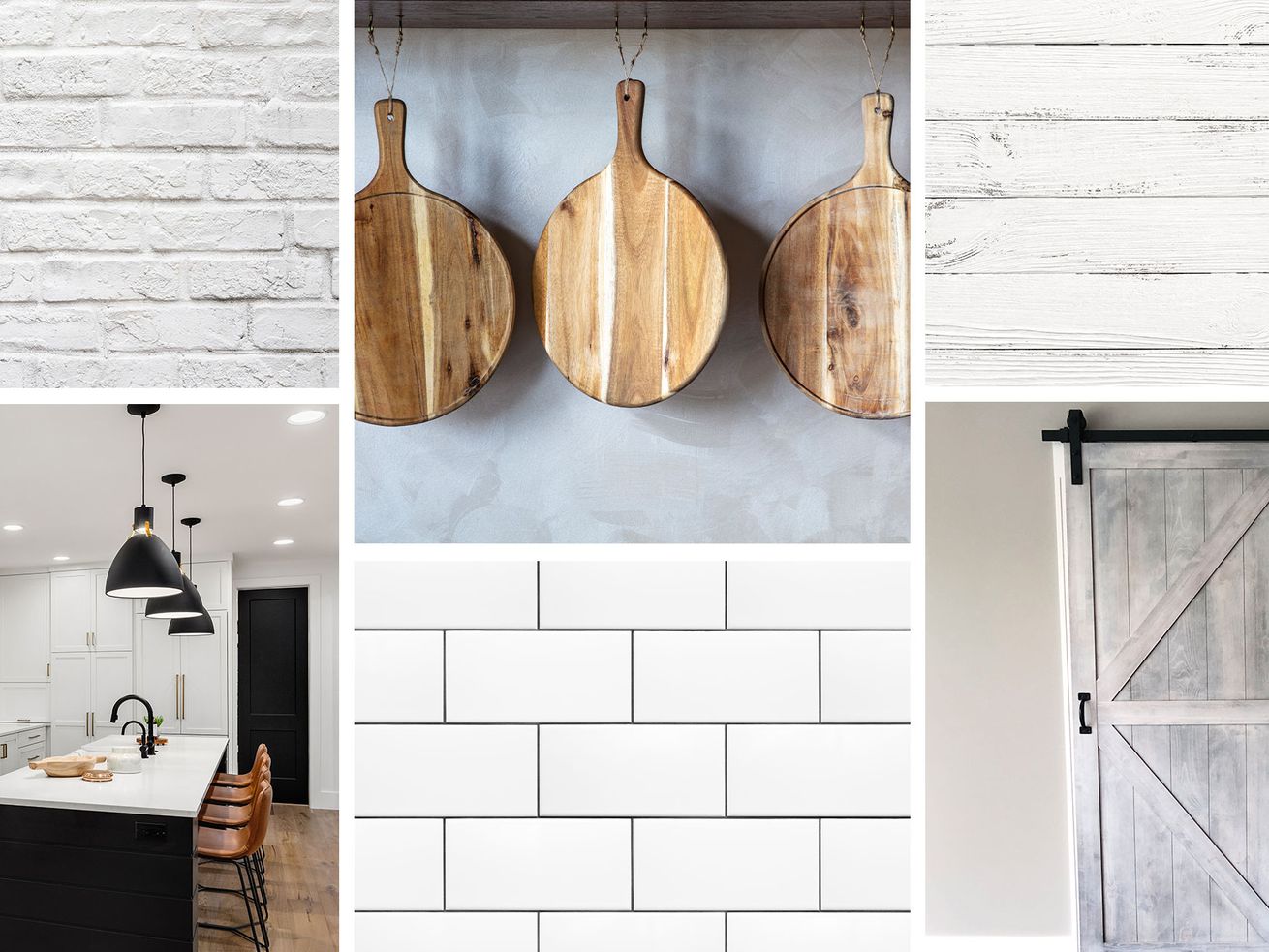 During the pandemic, Diane Keaton —
like other celebrities — started broadcasting short,
three-minute Instagram
videos from her very nice Brentwood, California, home. The
house in question is an 8,000-square-foot brick home she designed
and
built in 2017 in what could be best described as a kind of
sophisticated yet rustic ‘modern farmhouse’ style. She even
wrote a book about making it, The House that Pinterest Built
(Rizzoli, 2017), in which she pointed to The Three Little Pigs as
her inspiration: “I knew I was going to live in a brick house
when I grew up.” Before building this place, she spent years
buying, renovating, moving in, and then flipping houses. Her most
recent videos showcase, according to Keaton, “MY DOG,
EMMIE!!!”, her hat collection, and
how to make a
taco, among other things. But they also give us a chance to
snoop around (and judge!) Keaton’s decor style.

Sliding barn doors: Whether they are repurposed
from an old building or brand new, barn doors are a prerequisite in
the modern farmhouse. Keaton’s barn doors look like they were
custom made for her house. In a video examining her belt
collection, the doors roll on antique style hardware that
features a large spoke wheel and a dark, ironlike finish. What’s
new? What’s old? It’s hard to tell in this custom home that’s
neither old nor actually a farmhouse.

Whitewashed, antique-looking furniture: Even
more than it requires barn doors, the farmhouse look requires
whitewashed furniture. Keaton’s belt collection is displayed on a
worn-looking wooden table that sits in her closet, paired with a
simple Quaker–style black chair and an oversized polka-dot
lampshade hanging overhead. There is a similar scene in another
room where Keaton shows her 20-plus hat
collection on a superlong table, this version unfinished with
scrapes on its worn, reeded legs. Whether in reaction to ‘80s
excess or the recession of 2008, whitewashing and restoring
furniture is above all a DIY hack, something that a humble
homeowner can accomplish with a few cans of paint or stain. However
unlikely it is that Keaton whitewashed her own furniture in her
multimillion-dollar house, her use of the trope conjures up the
same feeling: a little bit homegrown, a little bit country.

Chicken Wire: Keaton’s kitchen is so large it
takes
an eternity to fetch a fork, but she maintains its farmhouse
authenticity with chicken-coop accents. Her kitchen cabinets are
faced with chicken wire, which offers a semi-exposed look into
their perfectly organized interiors. Hanging below the exposed
wooden beams and expansive skylights are (according to the experts
at
Country Living) actual chicken coops repurposed into pendant
lights. With rough metal edges and a barely-there company name
stamped on the side, Keaton’s chicken lights proclaim “salt of
the earth!” even as she makes veggie tacos in a giant kitchen in
a
Halloween dress in July.

Painted White Brick: Like Joanna Gaines on
HGTV, Keaton prefers all things neutral. There are no
maximalist textiles in her house, and while she left a few
interior brick walls their natural color, much of the brick is
painted white. In budget redos featured on Fixer Upper, the
cultural paragon of all things farmhouse, Gaines chooses white
because it’s fresh, clean, and — most importantly — it can
hide the flaws of the run-down properties she flips in Waco, Texas.
Budget is an unlikely factor in Keaton’s house, but the white brick
remains.

Vintage cookery: Whether it’s a natural-fiber
hanging broom or Keaton’s varied collection of vintage pizza peels,
no modern farmhouse is complete without the visual reminder that,
at some point in history, people cooked and cleaned in farmhouses.
It’s highly unlikely that Keaton uses the aforementioned pizza
peels (although she does presumably wear the hats hanging above
them), but the practical utility of such pieces doesn’t negate
their performative value. They sit against a white-walled backdrop,
admired until forgotten, waiting to be of use.

The kitchen island is bigger than many
apartments: The oversized farmhouse sink
photographed in Architectural Digest isn’t visible in
Keaton’s taco-making video, but we do get a glimpse of her
massive island. The whole thing looks like a better version of the

dream kitchen from the 2003 movie Something’s Gotta Give that
she starred in with Jack Nicholson.

White subway tile: If chicken coops and
hanging, unused cookery hint at the farmhouse style’s country
roots, white subway tile gives it urban industrial cred. In the
first frame in the video entitled Diane By Design: Diane
Goes To Goodwill, white subway tile forms the backdrop for four
staged boiler hats. It also might remind you of pretty much any
fast-casual restaurant decor from the last decade.