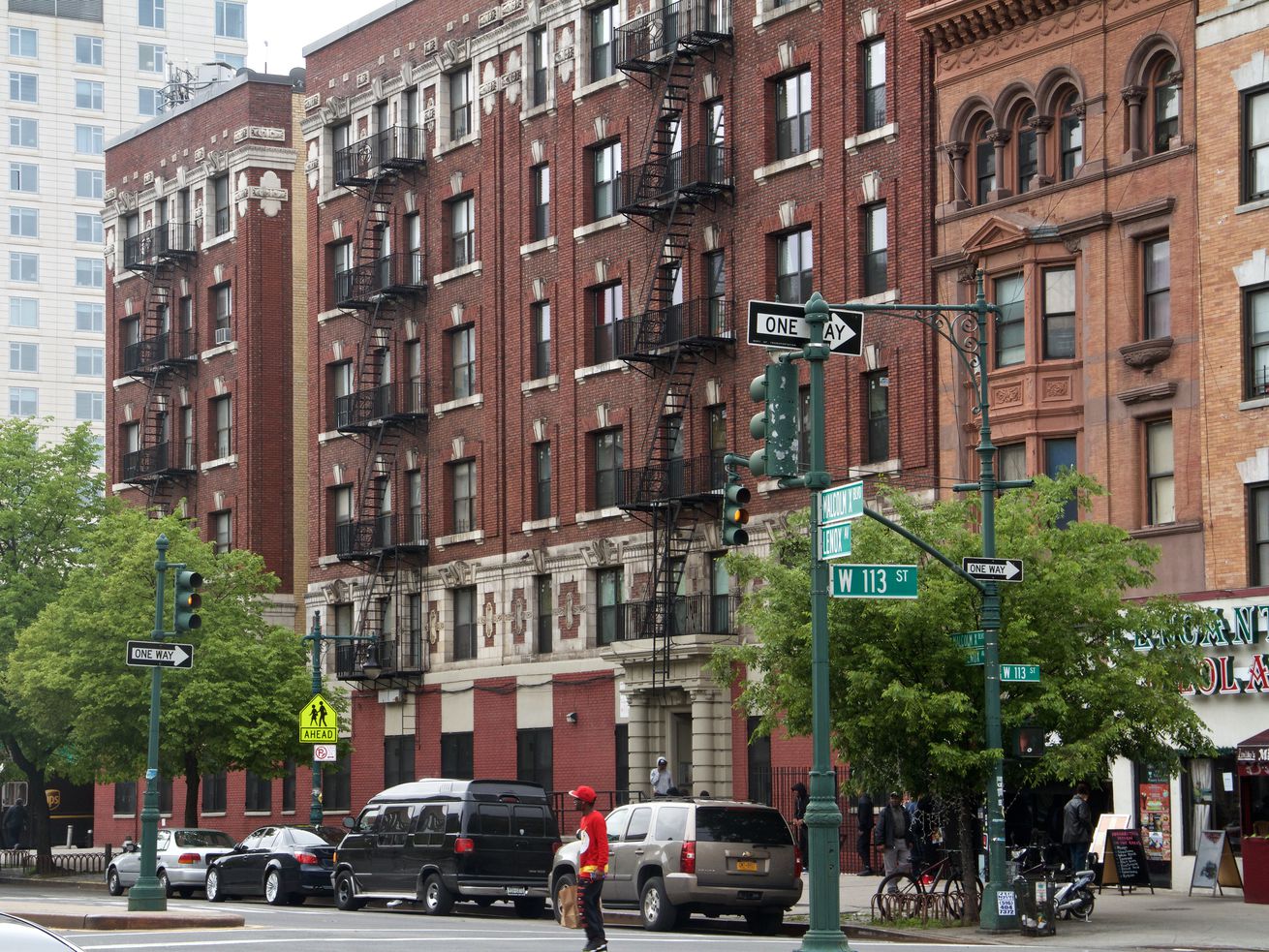 Lawmakers and tenants’ rights groups have proposed a rent
suspension, a freeze on increases, and other policies to help those
struggling amid COVID-19.

When the novel coronavirus hit New York City in early March,
things were just starting to look up for Luis Perez. After more
than a year of juggling part-time restaurant gigs, the 25-year-old
Bushwick resident had landed a full-time job at a Tribeca catering
company. But on his one-month anniversary on March 17, he got an
early morning call from his boss that he and several other
employees were being laid off.

“It was a punch to the gut,” says Perez, whose bartender
roommate also had his hours dramatically reduced. “I just sat
there for a long time afterword and thought, ‘How the hell are we
going to pay our rent?’”

That question is front of mind for the more than 80,000 New Yorkers
who filed for unemployment last week, and thousands more like Perez
who don’t qualify for those benefits. Under
a statewide eviction moratorium, tenants are protected from
losing their homes until at least mid-June. But the moratorium
doesn’t cancel rent payments; it exists solely to prevent those
suddenly struggling to make ends meet from being kicked out during
the COVID-19 pandemic.

That could soon change. Lawmakers, tenants’ advocates, and
even groups that represent landlords are pushing for policies that
would give renters much-needed relief for the duration of the
pandemic, which has ravaged New York’s economy. But one crucial
voice has been noticeably absent from the conversation: Gov. Andrew
Cuomo, who announced
relief for mortgage payments, but left out renters.

Under a bill
introduced by Queens State Sen. Michael Gianaris, residential and
commercial tenants suffering due to the COVID-19 pandemic would not
have to pay rent for 90 days. It would also provide mortgage relief
to the landlords of qualifying tenants. How tenants would prove
their financial hardship is connected to COVID-19 is unclear;
Gianaris said “state experts” would be responsible for that
determination.

“These rents are not getting paid and there will be a
cascading effect,” says Gianaris. “We can either let that
happen, or we can put up some legal structure around it and try to
soften the landing.”

The bill currently has 22 co-sponsors in the State Senate, along
with the support of other high-profile officials, including City
Council Speaker Corey Johnson and Rep. Alexandria Ocasio-Cortez.
Manhattan Assembly member Yuh Line Niou has sponsored the
Assembly version of the bill, with several lawmakers rallying
behind it.

Cuomo, however, has remained mum on the bill (gubernatorial
spokesperson Jason Conwall says it will be reviewed). At a recent
press conference, he claimed that he “took
care of the rent issue” with the statewide eviction
moratorium, but housing attorneys and tenants’ rights advocates
beg to differ.

“There will absolutely be a wave of new cases when the
moratorium is lifted,” says Jason Wu, a housing attorney and a
trustee for the Association of Legal Aid Attorneys. “That’s why
some sort of cancellation of rent would make a big difference and
is needed—otherwise we’re just kicking the can down the
road.”

Housing Justice for All—a coalition of tenants’ rights
groups that includes Make the Road, New York Communities for
Change, and the Met Council on Housing—has called on city and
state officials to develop a $10 billion relief package that would
include a moratorium on rent, mortgage, and utility payments, as
well as funding for public and subsidized housing.

“Gianaris’ bill is a good step, but we need a universal
cancellation of rent,” says Cea Weaver, an organizer with Housing
Justice for All. “So many New Yorkers haven’t lost their jobs
but have lost income. The way to make this most effective is to
make it for all renters.”

And yet another proposal calls for landlords to tap into their
security deposits to help tenants meet next month’s rent. The
Renter’s Relief plan, put forward by Brooklyn Borough President
Eric Adams, Manhattan Borough President Gale Brewer, and
Councilmembers Robert Cornegy and Keith Powers, would give tenants
one month to replace their security deposit, or purchase a low-cost
insurance policy to protect landlords if a tenant damages their
apartment or breaks their lease early. And while it would only
provide a month’s relief, lawmakers argue that it would buy
renters more time to get back on their feet.

“What that does is creates our own economic stimulus,” says
Adams. “This could really provide an opportunity for those who
are rent-burdened.”

Others are hoping to stave off potential rent increases for
those living in the city’s one million rent-stabilized
apartments. A bill proposed by Manhattan Assembly member Harvey
Epstein seeks to cancel this year’s proceedings by the
Rent Guidlines Board, effectively freezing rent increases for
regulated units.

The board typically holds a series of raucous public meetings
that culminate in a vote to determine increases for rent-regulated
tenants. Last year, the board approved a
1.5 percent increase for one-year leases and a 2.5 percent hike for
two-year leases. But the COVID-19 outbreak has put the kibosh
on large gatherings, and Epstein says any attempt at moving those
proceedings to teleconferences would undoubtably devolve into
chaos.

“I just think we’re in a new world,” says Epstein.
“We’re in a crisis that’s only going to get worse. There’s
lots of ways to cut this and I think one way is to ensure
stability. A moratorium on rent increases will allow people the
breather they need.”

Surprisingly, both tenant and landlord groups agree with
Epstein. The Rent Justice Coalition, a citywide collective of
rent-stabilized tenants, is calling for a freeze on rent increases
in addition to a suspension of rent payments. Meanwhile, the Real
Estate Board of New York, the Community Housing Improvement
Program, and the Rent Stabilization Association recently submitted
a letter to Vicki Been, the deputy mayor of housing and economic
development, asking the city to postpone or suspend RGB
proceedings.

“This request is in the best interest of tenants and property
owners alike,” the three organizations, which work with landlords
and developers, wrote in their joint letter. “As we all know,
public hearings are not possible at this time. Furthermore, it is
impossible to predict what the economics of rent stabilized housing
will look like next week, let alone for the rest of the
year.”

At a Friday press conference, Mayor Bill de Blasio called for a
rent freeze on the city’s regulated apartments. The RGB is a
mayoral-appointed board but because it oversees increases on state
regulated units, state officials would need to be on board with the
freeze.

“If ever there was a time there should be a rent freeze, it is
now,” de Blasio said. “That’s something I think we have to do
given the sheer severity of this crisis.”

New York City will “immediately” request that the RGB
process be suspended, according to the mayor. De Blasio expressed
interest in the idea of suspending rent payments across the board
but has stopped short of endorsing a statewide rent suspension. And
April 1 is just a few days away.

“A lot of people cannot and will not be able to pay their rent
because so many have lost their jobs,” says Marilyn Mullins, a
retired nurse aide and a member of The Rent Justice Coalition who
lives in the Highbridge section of the Bronx. “How are people
going to handle an increase if they can’t even pay their rent
now? That can’t be an option. We need relief.”

Ask Clark: Should I Still Close on My Residential Real Estate Purchase?

Fate of Lafayette’s big housing plan may be determined soon