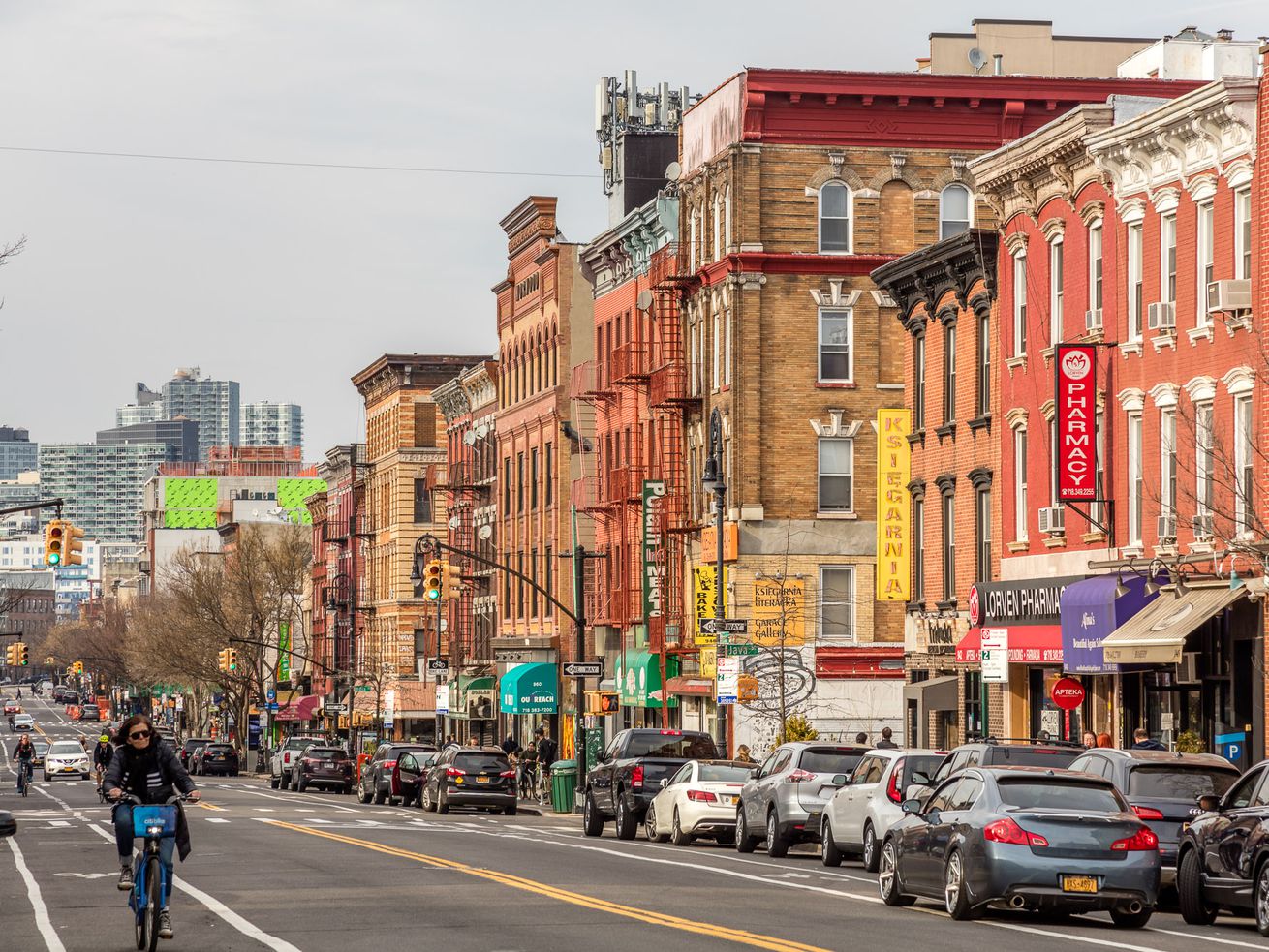 The novel coronavirus has pummeled New York City’s economy,
leaving workers who were gainfully employed only weeks earlier to
grapple with the economic fallout. And in a city where
renters make up nearly two-thirds of the population, several
questions loom large: What happens if I can’t make rent? Will I
be evicted? And what
rights do I have as a tenant?

The good news is that all tenants—residential and
commercial—are protected under a state eviction moratorium that
is in effect until at least June 20. Initially, New York Chief
Administrative Judge Lawrence Marks announced
a suspension on court eviction proceedings, but
a loophole briefly allowed landlords to file new eviction
cases. An
executive order from Gov. Andrew Cuomo closed that loophole by
blocking new cases until at least April 19 and enacting a statewide
eviction moratorium for 90 days.

Soon after, Marks issued a new directive stressing that no new
filings can occur except for “essential matters,” which
includes landlord lockouts, emergency repair orders, and serious
code violations. So for the next three months, New Yorkers cannot
be evicted from their homes—full stop.

But that doesn’t mean some landlords won’t try; housing
attorneys and tenant hotlines have been busy fielding questions
from frazzled renters receiving misinformation, or even threats. If
you’re unsure what all of this means for you, read on for a break
down of New York’s eviction moratorium.

What does an eviction moratorium mean for me as a renter?

The moratorium covers both residential and commercial tenants,
and will be in place until at least June 20. If you had a pending
eviction case those proceedings have been temporarily adjourned. If
you recently received a notice of eviction, that by itself is not
enough for your landlord to evict you; a landlord must get an order
from the court to legally evict a tenant, even if their lease has
expired or they are behind on rent. Now that evictions are halted,
the moratorium defers those proceedings and temporary protects
tenants.

If I won’t be evicted, do I still have to pay
rent?

Short answer: Yes; the eviction moratorium does not cancel rent
payments, and if you can, you should still pay your rent. Not
paying rent can open a legal pandora’s box that enables a
landlord to bring a nonpayment cases against a tenant once the
moratorium is lifted.

That may not be feasible for many New Yorkers who recently lost
work. This is why the eviction moratorium exists: So those who are
suffering a sudden financial hardship aren’t forced into the
street during a pandemic.

For those struggling to make ends meet, the city’s Human
Resources Administration can offer some help through the
“One
Shot Deal.” This emergency assistance program can provide
qualifying New Yorkers with a one-time payment they can put toward
rent.

Jason Wu, a housing attorney and a trustee for the Association of Legal Aid Attorneys, says
communication can also be key here. If you can’t make rent, you
might want to let your landlord know that you recently suffered a
loss of income and see if an arrangement can be reached; when you
find a new source of income, you may be able to negotiate a
repayment plan with your landlord for missed payments, says Wu.

Can my landlord still file a nonpayment or eviction case
against me?

Eviction proceedings are paused for the time being. Cuomo’s
executive order has blocked new cases until at least April 19. This
means that come mid-April, New York landlords will have the option
to file new nonpayment and eviction cases against tenants, but
those new cases will be temporarily adjourned.

Even if a landlord tries to get the ball rolling by filing a new
case in April, tenants are currently not at risk of a default
judgement if they don’t respond in court. It bares repeating that
the courts are closed for nonessential functions and that tenants
cannot be evicted with the moratorium in place until at least June
20.

But my landlord is still threatening to evict me. What do I
do?

As Andrea Shapiro, a program manager with the Met Council on Housing
puts it, “There’s nothing landlords can do to get you out
legally right now. The law is on your side.”

You don’t have to go anywhere, and you shouldn’t: Health
officials continue to caution those feeling sick—and even those
who are not—from leaving home unless the state has deemed your
job essential (health care,
transportation, law enforcement, etc.) or to pick up groceries
and medication.

But if your landlord shows up at your door and claims you’ve
been evicted or tries to change the locks, shut off utilities, or
physically remove your belongings, you can call the police and
explain that your landlord is engaging in an illegal eviction,
according to Wu. (It is a criminal misdemeanor to illegal evict a
tenant in New York.)

Wu worries that some landlords may try to bully tenants who are
not familiar with the eviction process into leaving during the
moratorium. “I have concerns about the intimidating and harassing
tactics that landlords are using that really ride the line of
what’s legal but potentially arises to harassment,” says Wu.
“It’s important that tenants know that protections
exist.”

So remember: No matter what your landlord tells you, you are
protected under the moratorium.

A city marshal is trying to evict me. Can they do
that?

No. On March 13, the city’s Department of Investigations
notified all marshals that eviction proceedings are suspended, and
that directive has since been
extended indefinitely. If a marshal tries to execute an
eviction warrant, do not comply, and report the activity by calling
DOI’s Bureau of City Marshals at (212) 825-5953.

“Don’t make decisions out of fear,” says Susanna Blankley,
the campaign coordinator with the Right to Counsel NYC
Coalition. “Know that you have rights; know that you have
power.”

What if I’m diagnosed with COVID-19—does that change
anything?

It’s critical to know that your landlord cannot ask you to
leave your apartment because you have tested positive for COVID-19
or may be sick,
according to the Mayor’s Office to Protect Tenants. For one,
you’re protected under the eviction moratorium; but your landlord
cannot discriminate against you, harass you, or threaten to kick
you out of your home because of fear or stigma surrounding
COVID-19. If you’re experiencing discrimination or harassment by
your landlord, report it to the city’s Commission on Human Rights
by
filling out this form.

What happens when the eviction moratorium is
lifted?

The answer to that question is currently up the air. Cuomo

left renters out of a recent announcement on mortgage relief,
but Queens State Senator Michael Gianaris has proposed
new legislation that would suspend rent for 90 days for
residential and commercial tenants impacted by the state’s
outbreak of COVID-19. The legislation would also provide mortgage
relief to the landlords of qualifying tenants.

“We are staring down the barrel of a housing crisis we know is
coming,” says Gianaris. “We can either let that happen or we
can put up some legal structure around it and try to soften the
landing.”

Cuomo has remained largely silent on the legislation, despite
claiming at a recent press conference that he “took
care of the rent issue” with the eviction moratorium. Tenant
advocates and housing attorneys are quick to note that tens of
thousands of New Yorkers could face eviction once the moratorium is
lifted.

advocated for an outright cancellation of rent payments during
the pandemic, calling on the state to suspend rent for the duration
of New York’s health crisis.

“Without relief, what will happen is mass displacement that
would just be unconscionable,” says Blankley, who says rent
strikes or court action could be on the horizon without relief. At
the very least, the state should extend the moratorium for the
duration of the pandemic—and then for three months after that,
according to Shapiro. “It would give people a little more time to
get on their feet and figure out what’s happening,” she
says.

But if New York is to bounce back from this pandemic without
deepening the city’s homelessness crisis and further spiraling
into economic uncertainty, the governor and state legislators must
not stop at an eviction moratorium, says Wu.

“I think the eviction moratorium was a good first step, it
provides the immediate relief,” he says. “It’s not a
long-term solution. It just kicks the can down the road.”