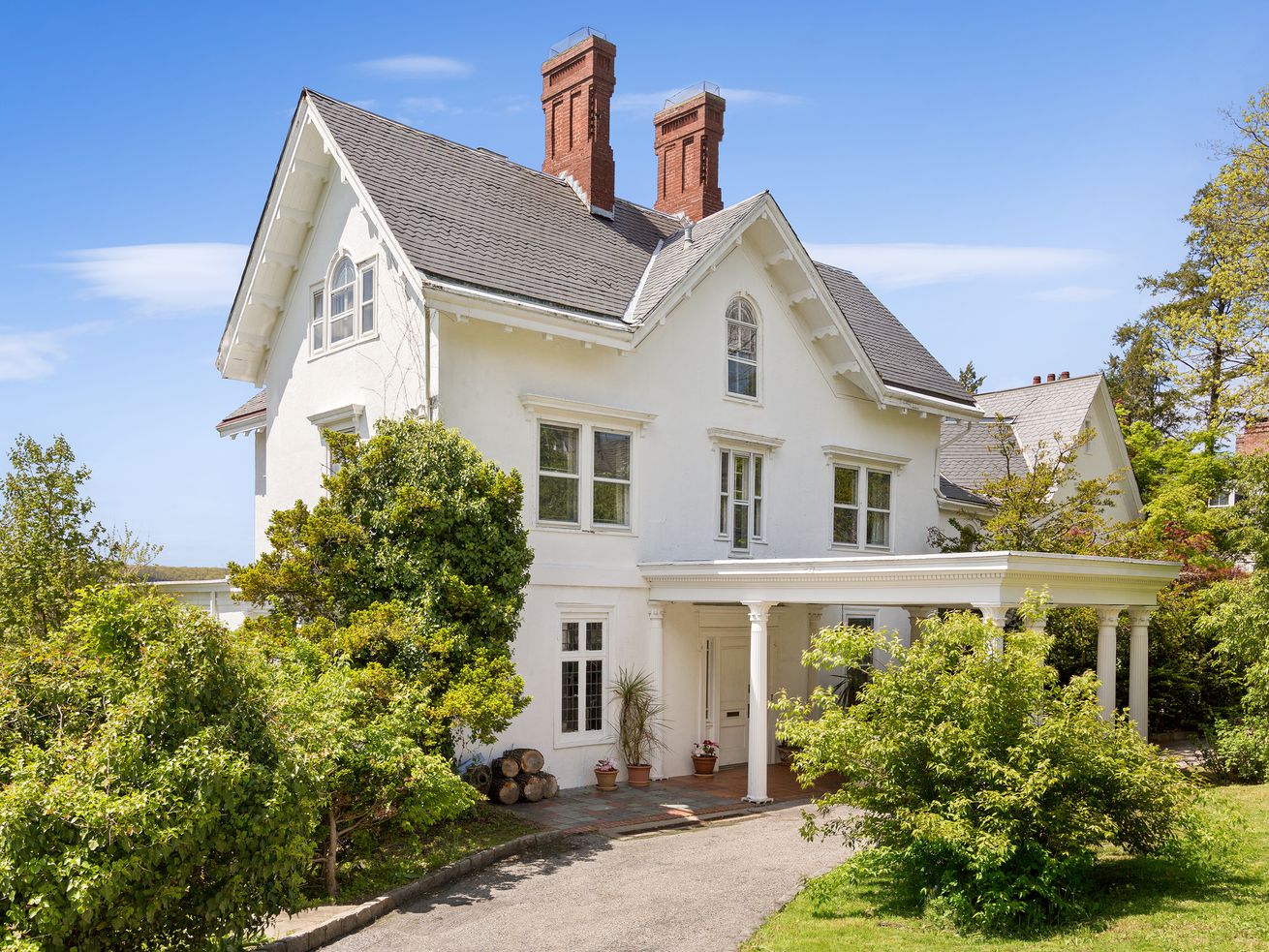 LOCATION: Riverdale, the Bronx — Conceived in
the mid-19th century by a group of wealthy businessmen as a

“suburban summer community,” Riverdale feels more like a
quaint locale upstate than a part of the five boroughs. The
neighborhood on the northwest side of the Bronx is filled with
houses of the Colonial Revival, Gothic, and neoclassical styles,
all with driveways, terraces, and trees aplenty. Sitting down the
block from the beloved Wave Hill Public Garden,
5247 Independence Avenue is one of those stately homes — and
one of the 34 that make up the Riverdale
Historic District.

SPECS: 9 beds, 8 baths, 10,000 square feet, 0.61
acres — Built in 1853, around the time the neighborhood
was established, the Henry L. Atherton Villa is a Gothic
Revival–style house with some Colonial Revival additions
completed during the 1910s. Today, the residence preserves its
posh, old-world exterior details: two chimneys, gabled slate roofs,
Doric columns, and a porte cochere. Inside, a sizable square parlor
opens to a formal dining room and kitchen on the right, and an
elegant library with bay windows on the left. Toward the back of
the home, on the first floor, the living room has glass doors to an
expansive veranda with Hudson River views. There are five bedrooms
on the second floor, including a master bedroom with a river-view
terrace, and three more on the third floor. 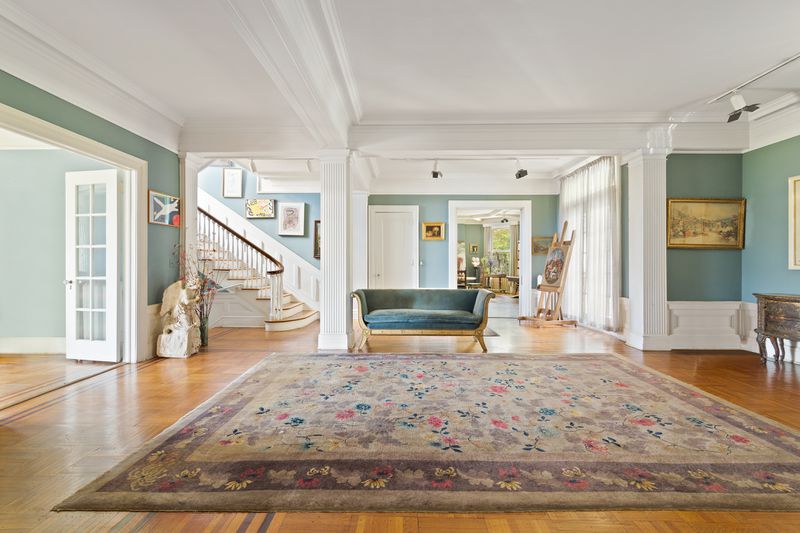 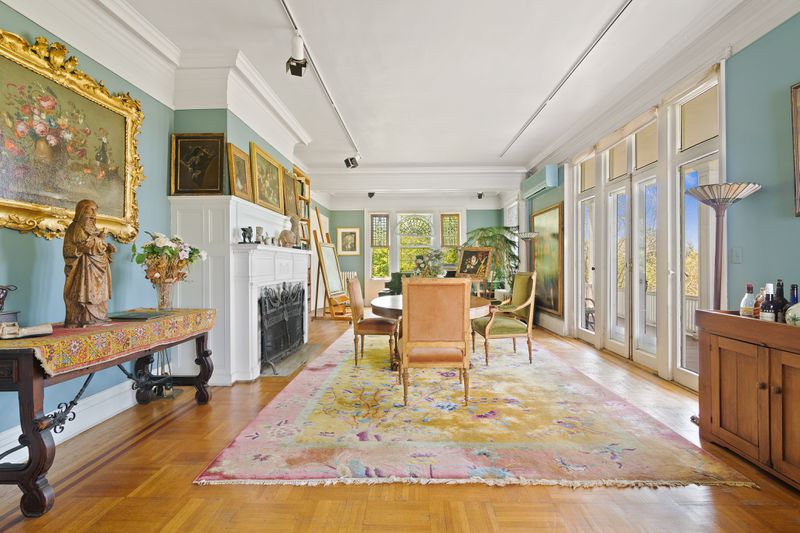 A
long living room opens up to an equally expansive veranda with
river views. 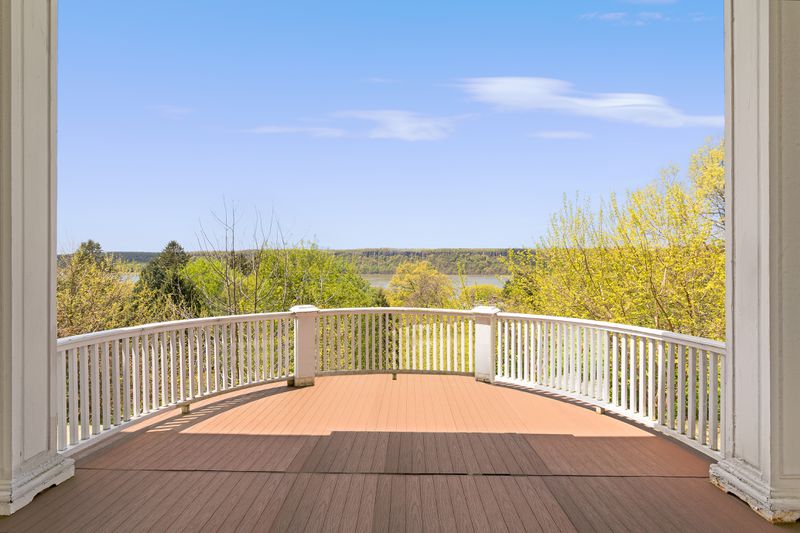 The
veranda and a terrace off the master bedroom offer views of the
Hudson River. 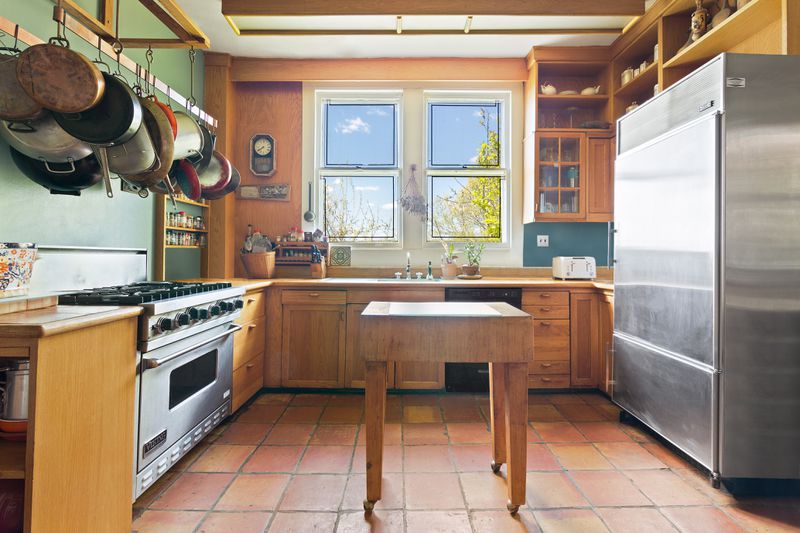 The
kitchen comes with all sorts of cabinets and shelving, plus a
chef’s pantry. 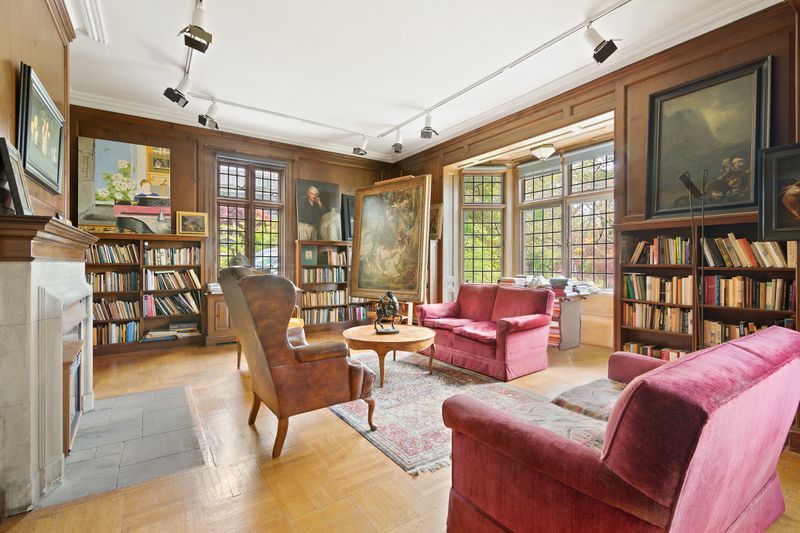 The
stately library shows off millwork, a fireplace, and bay
windows. 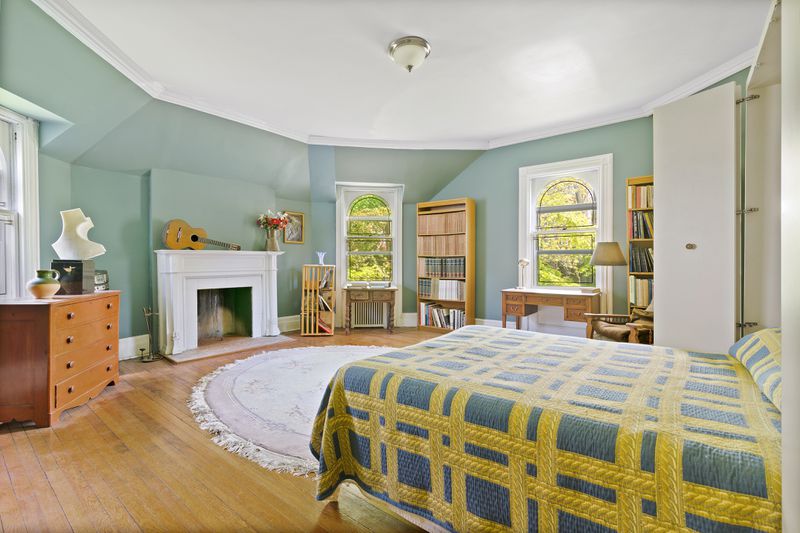 Four
of the bedrooms each contain a fireplace. 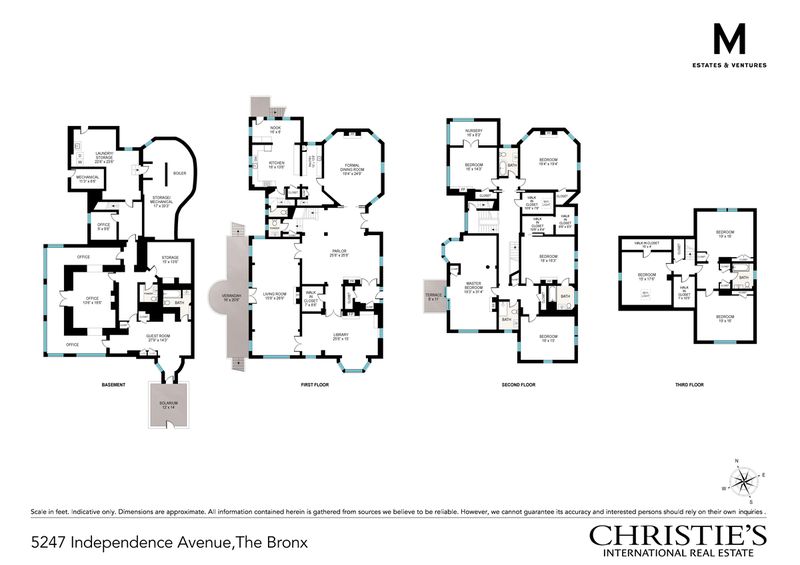 Why institutional investors are now in love with Nordic real estate