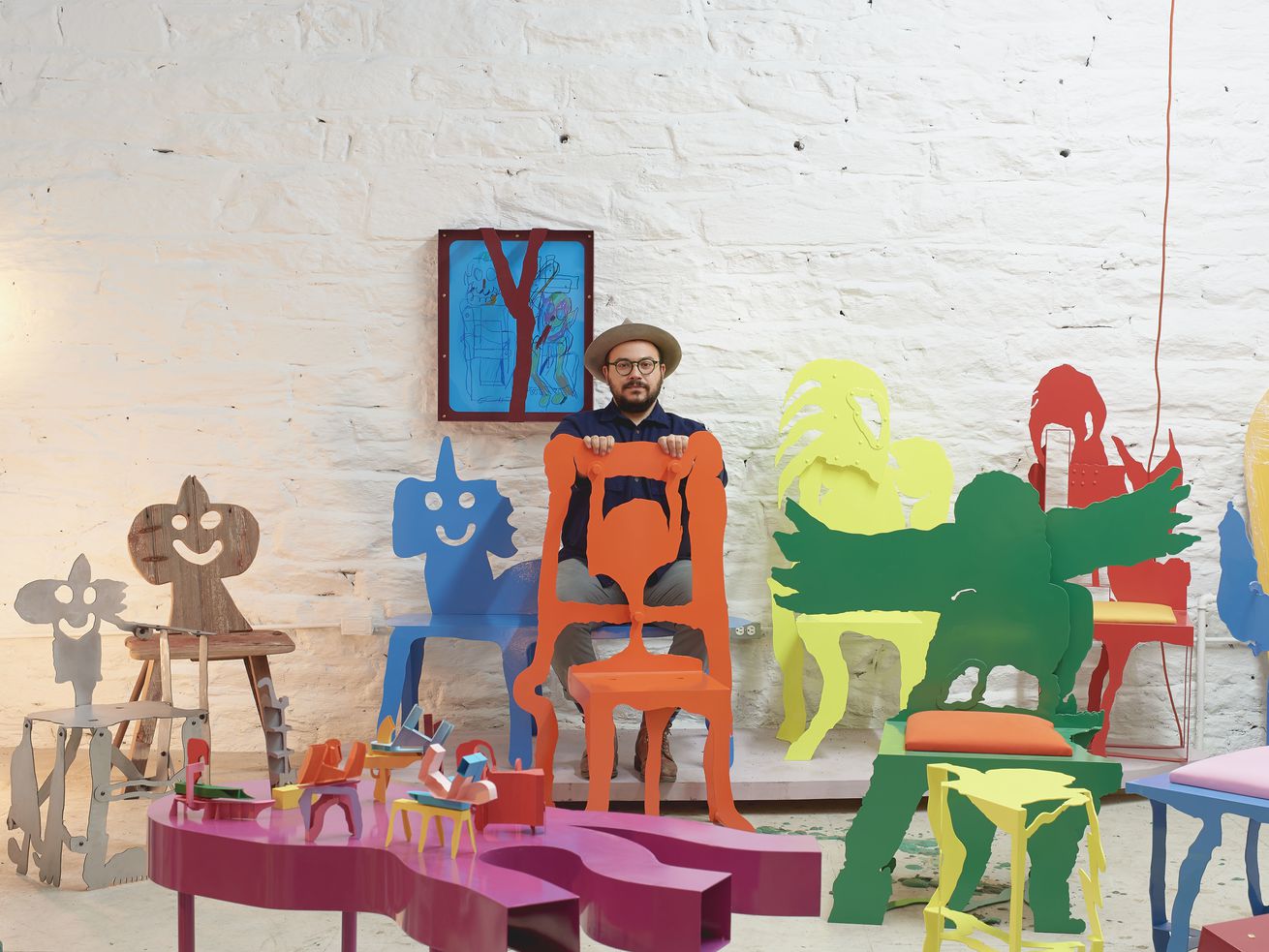 Why take a chair or table so seriously?

Serban Ionescu’s furniture doesn’t necessarily make the most
practical sense, but he wants you to love it anyway. “I think
these things become almost like pets,” says the designer of his
work. Take the
Ihop table, which is made of shamrock-green powder-coated steel
with cutouts in the center that look like a face. A red mouth
riveted on makes it almost look like
the logo of a certain pancake chain of the same name. You get
the sense that it’s a creature that could crawl toward you. 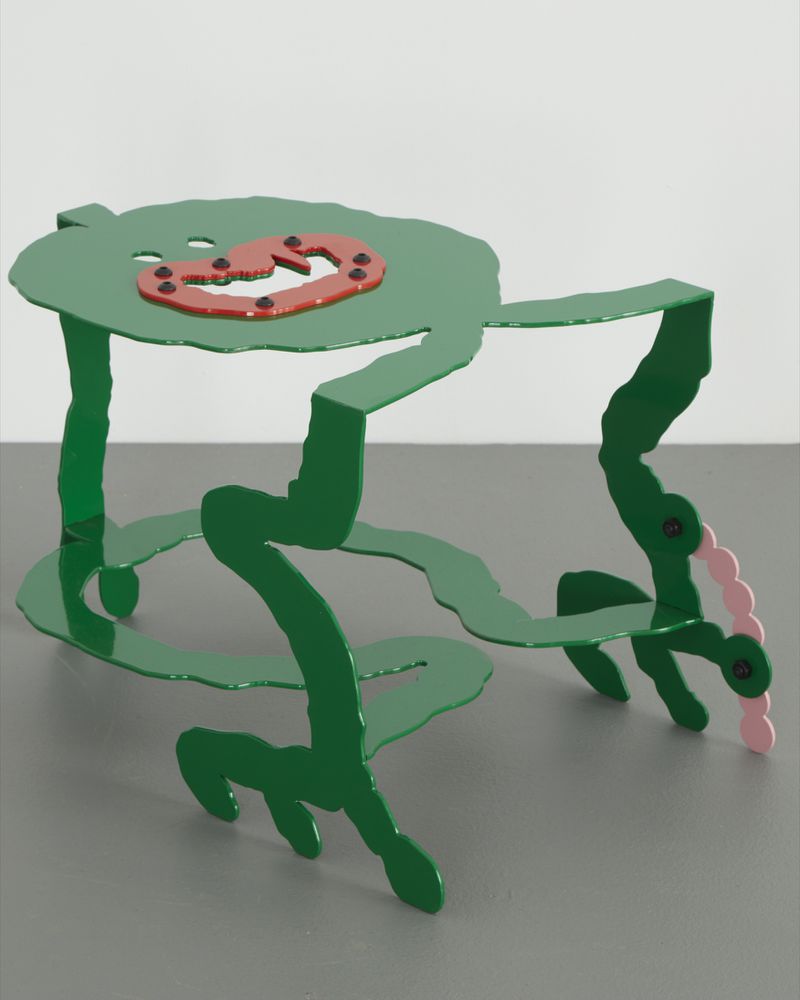 A table you can’t really put much on top of might seem
strange, but for Ionescu that’s the point: He wants you to enjoy
his furniture but on an imaginative, not purely functional level.
It’s also why the seating he makes — like the baby-blue

Lacaria bench, which is more reminiscent of a mangled John
Chamberlain sculpture than a plush perch — is deliberately
uncomfortable. “I don’t want you to sit in them; I want you to
look at them,” he says.

The table and the bench are both featured in an online
exhibition at the Tribeca gallery R & Company. Named
“Failed
Seriousness: Lapo Binazzi and Serban Ionescu,” the show is a
window into his world of design that’s whimsical, campy, and a
little bit deranged.

Ionescu, 34,
was born in Romania and his family moved to Queens when he was
still a child. He studied architecture at Pratt and once ran an art
and architecture gallery and fabrication studio. His work has
always been experimental —
like the cubbyhole-filled loft in Greenpoint that he and his
friends built when they were in their 20s. 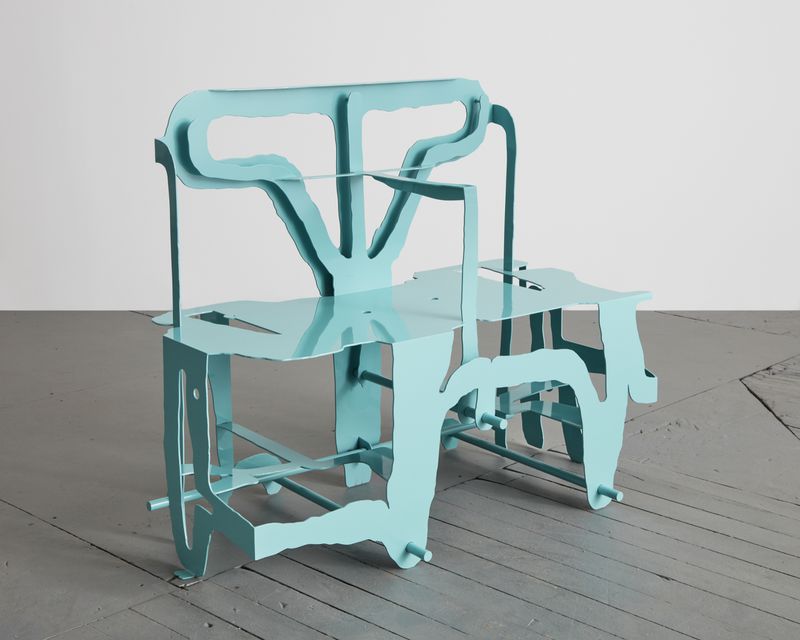 Ionescu is continuing a tradition of furniture with a sense of
humor — and humanity.
Radical Italians of the late 1960s and 1970s — like Lapo
Binazzi, the other artist in R & Company’s exhibition —
tried to do similar things, which is how we ended up with sofas
shaped like giant feet and coat stands that look like a nude woman
had a run-in with a cactus.

And so Ionescu creates vibrantly colored powder-coated chairs,
tables, and what appear to be creatures torn straight from metal
sheets, or cobbled together from scrap wood, that have no specific
function other than to delight. “I love film and I love cinema
and I’ve always kind of treated my work a little bit like
characters,” he says.

He starts each piece by freehand drawing — his sketchbook
rarely leaves his side — with markers, pens, pencils, and
whatever else he has around. They end up looking like a mash-up of
doodles and engineering drawings, which he then figures out how to
turn into furniture by bringing in the techniques of architecture,
like scale, materials, and color. This process, and philosophy, is
partly inspired by John Hejduk,
the former dean of the Cooper Union School of Architecture who was
obsessed with abstract shapes, obscure objects, and often
unbuildable geometry. 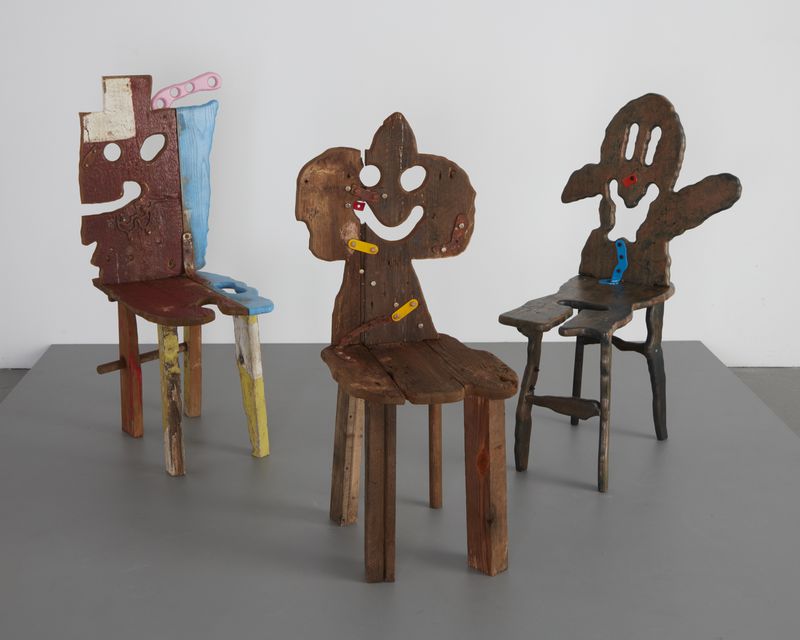 But in many ways, all of the backstory and theory isn’t as
important as how his work makes you feel. What matters is if it
makes your heart beat, and perhaps even compels you to open up your
wallet; the prices range from about $2,500 for sculptural objects
to $4,500 for the larger furniture.

“I’m not saying that we should be designing kind of
jokingly, but there has to be a level of humanity or something
that’s a little bit imperfect, that has a pulse, that doesn’t
just have, like, a trajectory of so serious but has waves and
emotions,” Ionescu says.

Source: FS – All – Architecture 10
Serban Ionescu Thinks of His Furniture Designs As
Pets

This modern home is all clean lines and neutrals

Materials in California Homes and Buildings May Still Contain PCBs