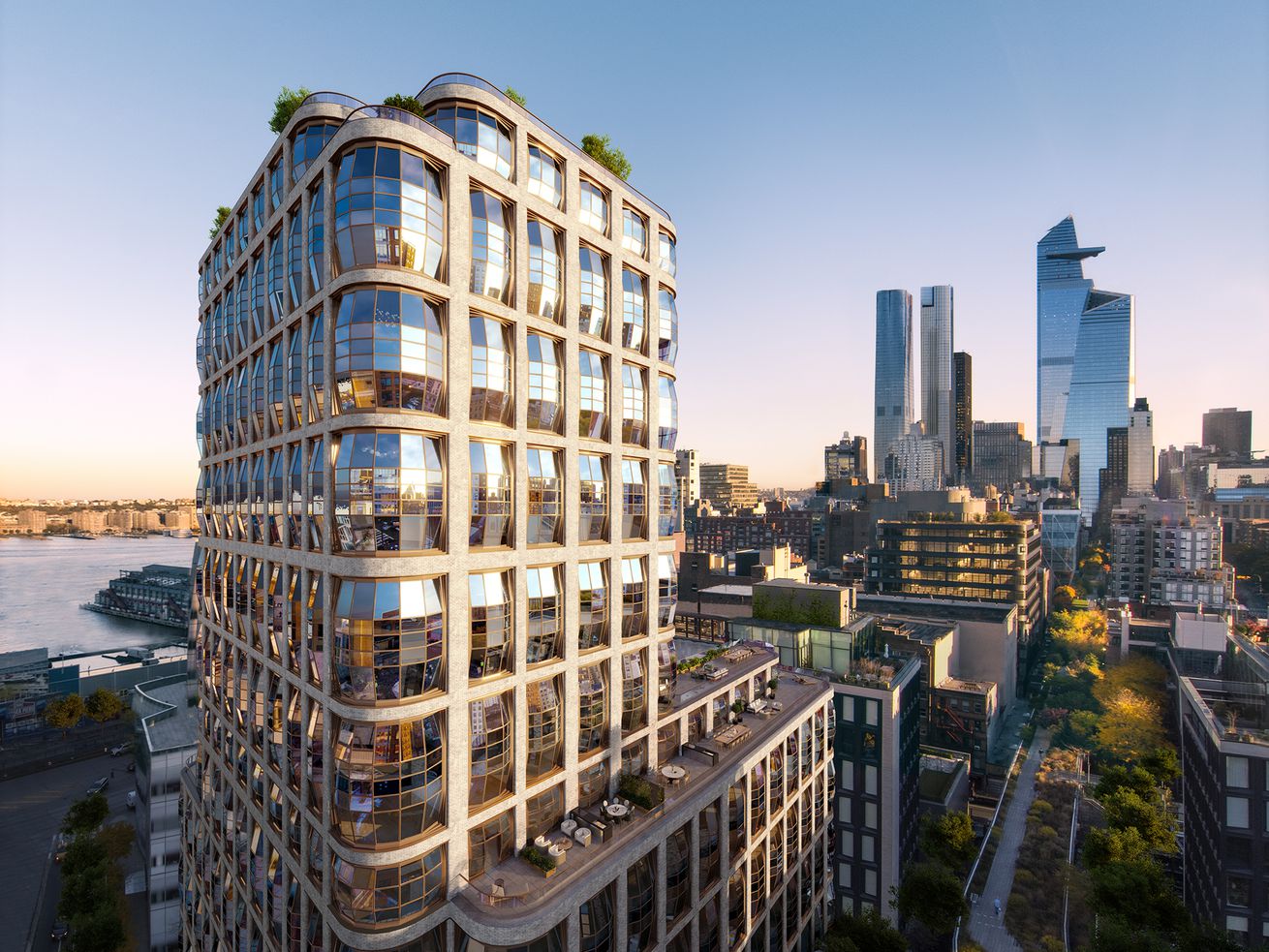 Good morning, and welcome to New York Minute, a new roundup of
the New York City news you need to know about today. Send stories
you think should be included to tips@curbed.com.

A Chelsea condo building with a bubble-esque facade is the
latest architectural bauble from British designer Thomas
Heatherwick—the mind behind
Vessel at Hudson Yards and
Little Island at Pier 55—to call the west side of Manhattan
home. The 515 West 18th Street project known as Lantern House, named for its
modern take on bay windows, has officially launched sales.

The project, developed by Related Companies will have two towers
connected by a glass-enclosed lobby that sit on either side of the
High Line at 18th Street. The buildings—one standing 10 stories,
and the other 22—will have 181 apartments between them, ranging
from one- to four-bedroom units. Pricing starts just shy of $1.4
million and tops out at approximately $17 million. The two
structures are joined by
a dramatic glass lobby that drapes under the High Line. Tenants
are expected to move in come fall.

I regret to inform you that Mike Bloomberg
attempted to shake a dog’s mouth. pic.twitter.com/hKsagJ4xAf