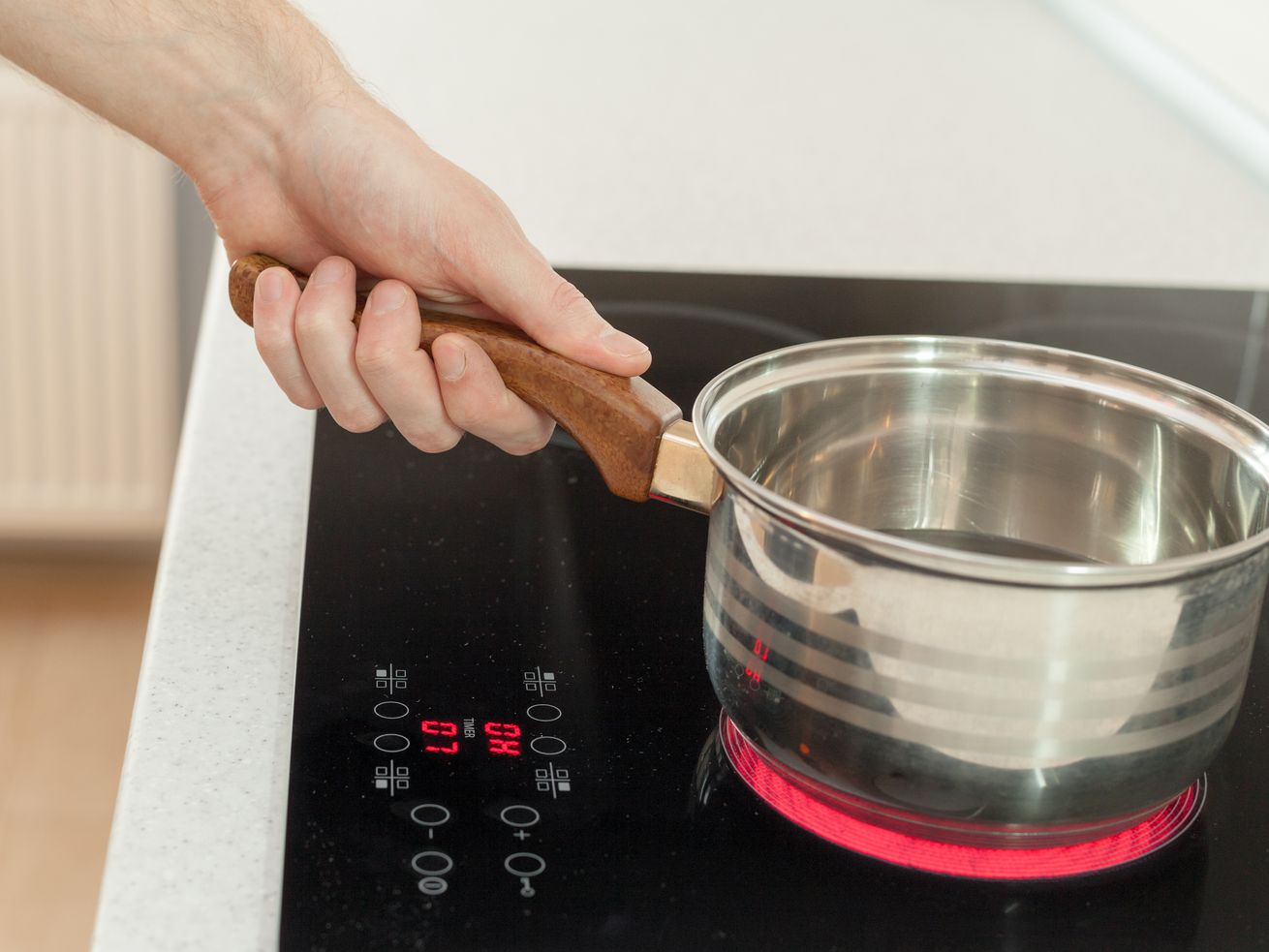 The
move to eliminate gas from U.S. homes, and favor electric
appliances such as induction stovetops, has gained significant
momentum since late 2018. | Shutterstock

Why building electrification, and removing gas from new and
retrofitted homes, has become a movement

Ever since the
Green New Deal became a key talking point and policy goal of
progressive politicians last year, there’s been a renewed push to
make American homes and buildings better for the environment. For a
growing number of municipalities and local leaders, part of the
answer lies in shifting homes toward relying solely on electricity,
instead of gas, for cooking, heating, and running appliances.

The current movement for U.S. municipalities to eliminate
natural gas from homes first gained momentum in California. In
2018, the state’s then-governor, Jerry Brown, signed
a pair of laws that funded research into reducing building
emissions and
developing clean heating technology.

Last July,
Berkeley became the first U.S. municipality to sign a law
banning the installation of natural gas lines in new buildings.
Since then, more than 20 other California cities have passed
similar laws, and local and state governments across the country
have begun considering similar laws as part of their strategies to
cut building emissions. Maine passed a bill last June providing
funding to
install new electric heat pumps in place of furnaces across the
state, and
Seattle Mayor Jenny Durkan said her city will unveil a plan in 2021
to make all new civic buildings fully electric.

“This is about what kind of technology can support the cities
and homes that we want and need,” says Sage Welch, a spokesperson
for the Building
Decarbonization Coalition.

Already a trend overseas, especially in Europe—Amsterdam plans
to
completely eliminate domestic natural gas use by
2050—building electrification appears to be catching on in
the U.S. The trend comes right as a series of new building codes,
such as those introduced by New York’s
Climate Mobilization Act, seek to cut emissions. But the switch
also faces some significant headwinds, especially in the form of
pushback from the natural gas industry, which is worried about
future profits.

Mandating that new buildings, and any large building retrofits,
avoid or replace gas infrastructure and install all-electric
appliances won’t completely eliminate the use of natural gas in
homes anytime soon. But electrification is a great tool for those
seeking to start cutting carbon emissions. Buildings account for
40
percent of the energy used in the United States, according to
the U.S. Energy Information Administration, and
39 percent of energy-related carbon emissions globally,
according to the United Nations. The Rocky Mountain Institute
estimates 70
million American households and businesses burn natural gas, oil,
or propane for heating alone, generating 560 million tons of carbon
dioxide emissions a year, or a tenth of the nation’s total
emissions.

“Gas use in buildings presents a significant roadblock to
cutting emissions,” according to Rachel Golden, deputy director
of the Sierra Club’s building electrification initiative. 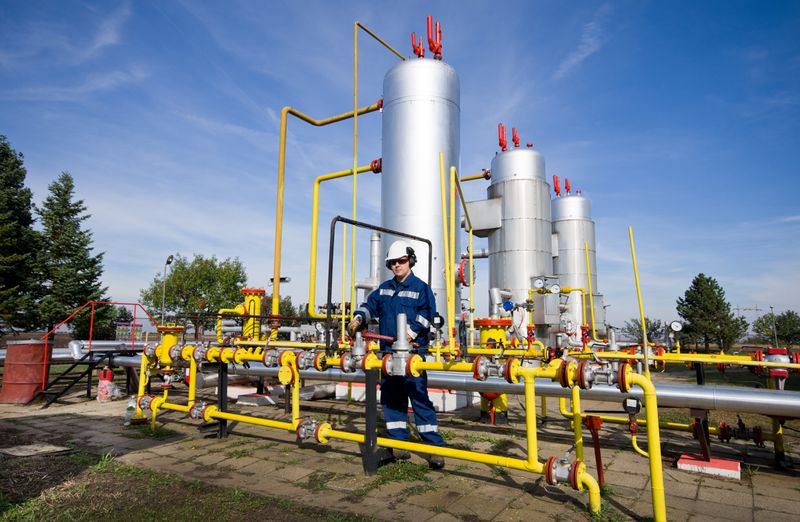 According to energy consulting firm E3, which receives part of
its funding from utilities, if California as a whole adopted the
standard of making all new and rebuilt buildings gas-free,
emissions from these buildings could be cut 90 percent by
2050.

It’s important to note that building electrification won’t
clean up the emissions and other environmental impacts of
generating electricity. Advocates note that it’s as much about
building the infrastructure for a zero-emission, renewable power
system of the future as it is cutting out sources of carbon
emissions now. The Sierra Club estimates that a third of the
buildings in California that will exist in 2045 will be built
between now and then; electrifying now will both cut emissions and
help bolster the market for electric appliances.

Others say the building electrification push in California can
also be a jobs creator. A UCLA Luskin Center for Innovation study,
“California
Building Decarbonization Workforce Needs and
Recommendations,” found that retrofitting all of
California’s buildings to be fully electric by 2045 could create
more than 100,000 new jobs in construction, manufacturing, and
energy, even after accounting for jobs lost in the gas industry.
(It doesn’t, however, note the carbon emissions generated by the
retrofitting work itself.)

Research from E3 has also shown that
converting to all-electric will provide cost savings for most
California homeowners, and the Rocky Mountain Institute’s
study
of building decarbonization in different climates shows that
customers who have all-electric new homes will save money over the
lifetime of their electric space and water heaters and
air-conditioning systems, as will many homeowners in retrofit
scenarios.

Electrification has also become a bigger issue as increases in
renewable power generation lead to conversations about converting
and updating our energy infrastructure and power grid. To make the
large leap to creating an economy more dependent on wind and solar
requires investments in modern power lines to bring electricity
from where wind and solar power farms are located to where it’s
needed. The California Energy Commission also found that,
as gas demand decreases and gas infrastructure costs increase,
gas prices will rise. (It predicts SoCalGas, the main utility in
Southern California, could institute a 30 percent price increase
between 2018 and 2022 alone.) There’s already significant gas
infrastructure in the ground; how will maintenance and upkeep be
paid for if gas use, and gas industry profits, decline?

For Golden and others, swapping out gas for electricity in homes
has a benefit even if residents aren’t yet able to plug into a
100 percent clean energy grid. Grid updates and a wind-down of
natural gas need to happen at the same time; Golden says there’s
less greenhouse gas emissions from powering a heater with
electricity generated by a natural gas plant than heating your
house with natural gas pumped to your home, due to both the
increased efficiency of electric heaters and the
leakage of methane, a particularly potent greenhouse gas,
throughout gas storage and transmission infrastructure.

Building new homes with all-electric infrastructure also
provides benefits to builders, according to CR Herro, vice
president of innovation for Meritage Homes, an Arizona-based
homebuilder that has built numerous
all-electric developments. Home electrification saves on upkeep
and maintenance costs—it’s easier to maintain infrastructure
for one fuel source instead of two—and ends up being cheaper to
install. Meritage often takes some of the savings from not having
to install gas pipes and uses it to upgrade its electric
infrastructure, for example by picking more upscale convection
ranges.

While electrification offers a double benefit of cheaper
installation costs as well as cheaper energy costs over time, Herro
cautions that consumers may still be unsure about losing their gas
ranges when going all-electric. Electrifying home heating and
appliances doesn’t bother homebuyers, but the loss of that
familiar flame for cooking can cause consumer pushback, even though

“Eventually, consumers see the advantages,” he says. “An
electric heat pump can run more smoothly and efficiently than a gas
heater—it
operates more evenly, with less high temperature peaks—but
people have preconceptions. They think in terms of a 1975 house,
not a new house, and those two things shouldn’t be
compared.”

The gas industry fights back

The recent push to gradually eliminate residential gas usage
hasn’t gone unnoticed by the gas industry. A third of
natural gas in the U.S. is used by residential and commercial
buildings (the rest goes to power plants and industry), but
these buildings
generate 85 percent of the industry’s gross revenues.
Building electrification hits the industry’s bottom line.

According to reporting in
The Guardian and the
LA Times, the company hired public relations firms to create
this campaign to fight building electrification, arguing that the
switch would
lead to higher costs. Representatives of the energy industry
front group have made presentations at local government meetings
and pushed communities to back resolutions supporting “balanced
energy solutions,” and rejecting the move away from gas.

“The gas industry is extremely alarmed at the progress we’ve
made in the last year,” says Golden.

Gas industry reps aren’t the only ones suggesting that
legislators slow down. Herro says that some of the proposed
legislation that mandates retrofitting old homes with all-electric
systems wastes perfectly good existing infrastructure and over the
long term may not be as effective at reducing carbon emissions as
hoped.

“There have been billions of dollars invested in gas
infrastructure that goes to commercial and residential
properties,” he says. “Environmentalists who want to scrap that
and spend the resources to build new infrastructure are being
really inefficient from a sustainability perspective. It’s become
such a buzzword. Retrofits can be rushed, and sometimes older
neighborhoods don’t have the electrical capacity to swap out all
the gas-powered devices with electricity.”

Environmentalists would argue there’s no time to wait,
considering the key role electrification can play in meeting
emissions reductions targets. For California to meet its goal of
being
carbon neutral by 2045,
the Sierra Club says local and state leaders need to start
scaling up now, since appliances have a multi-decade lifespan, and
new policies need to be put in place to help everyone, including
low-income homeowners and renters.

“Gas use in homes and building is going to be a roadblock to
stabilizing the climate if we don’t start switching soon,” says
Golden.

Source: FS – All – Architecture 10
Why some cities are targeting gas stoves to fight climate change

The world’s most beautiful homes are also down to earth

Detecting PCBs in Building Materials to Protect the Public, Workers and the Environment

5 tips on finding a buyer’s broker